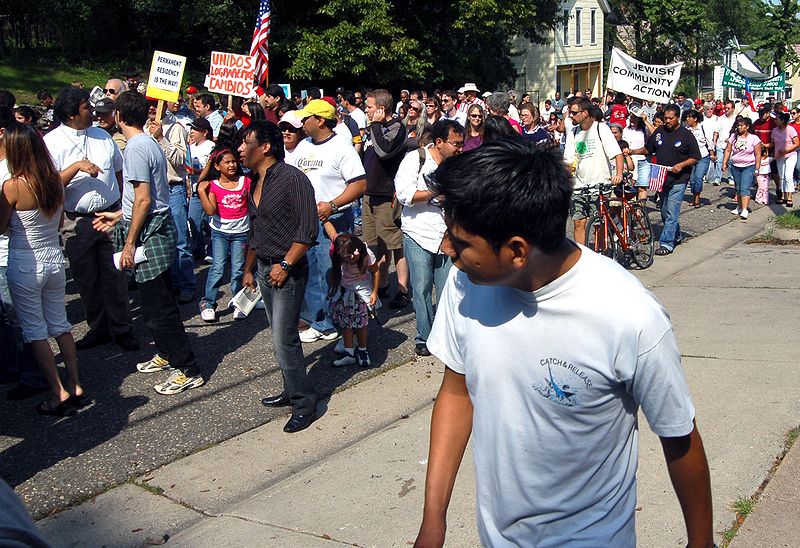 “My father died today in Mexico,” read a message I received a few days ago on
my Twitter account, “and I couldn’t go, because there is no immigration reform
that will allow me to go and come back.” The writer isn’t alone; this is a
common predicament, and there seems to be no end in sight. The White House and
Democratic leaders in Congress don’t want to say publicly, definitively, that
millions of undocumented immigrants will not be legalized this year. But all
signs seem to point to the fact that absolutely nothing is going to change in
2010.

The failed terrorist attack in New York on May 1 could not have happened at a
worse moment. The car bomb in Times Square didn’t kill anyone, but it seriously
damaged efforts to revive the immigration debate in Congress.

Let’s be clear. The vast majority of immigrants in the U.S. are neither
terrorists nor criminals. But congressmen who are already opposed to immigration
reform now have a new excuse to reject it: How could they possibly legalize
millions of foreigners when one of them — Faisal Shahzad — tried to murder
American citizens? The attempted attack in New York hasn’t exactly encouraged an
open conversation about legalization.

Neither have the recent developments in Arizona. Gov. Jan Brewer and 17 state
senators sent a clear message when they passed the new anti-immigrant law in
April: They believe undocumented immigrants are responsible for Arizona’s rising
crime rates. And 51 percent of Americans approve of the law, according to a New
York Times/CBS poll.

But the notion that immigrants in the U.S. have increased crime rates is
utterly false. Between 1999 and 2006, crime rates fell by 13 percent in the 19
states with the greatest number of immigrants (including Arizona) — while, in
the rest of the country, crime rates dropped by just 7 percent, according to the
Immigration Policy Center.

The number of undocumented immigrants in the U.S. doubled between 1994 and
2004, reaching roughly 12 million; but during that time, the incidence of
violent crimes dropped by 35 percent and house robberies by 25 percent,
according to data from the Bureau of Justice Statistics. More immigrants did not
lead to more crime; in fact, quite the opposite.

The explanation is simple: Immigrants, particularly those without papers, do
not want problems with the police. They respect the law just as much as, if not
more than, most American citizens.

But those facts have been overshadowed by the widespread support for
Arizona’s anti-immigrant law, as evidenced in the national polling data, and the
response to the attempted Times Square bombing. We’re in no shape to begin a
fair immigration debate in Washington, and the 60 votes necessary to pass
immigration reform in the Senate simply aren’t there.

Only the intervention of a strong and determined president could change that.
But I haven’t seen any signs that Barack Obama will use the full weight of his
office to push through immigration reform before the congressional elections in
November.

To be sure, he has other priorities: The oil spill in the Gulf of Mexico,
creeping farther out to sea every day, is forcing the president to act
immediately on energy reform and environmental protection.

This seems to be the worst political moment for undocumented immigrants.

All this reminds me of a lunch I had at the White House on Jan. 27, just
hours before Obama’s first State of the Union address. Someone asked Obama what
the main difference was between being a candidate and being president.

The president stopped eating, breathed deeply, held the pause for several
seconds and then told us that the main difference was that now he is responsible
for maintaining the security of the country and preventing any new terrorist
attacks. I was sitting beside Obama, and his grief-stricken face in that moment
remains imprinted on my memory.

Having spoken to the president and his advisers many times, I’m convinced
that he genuinely wants immigration reform. But I’m also afraid that political
pressures and unfortunate circumstances have made him think that this is the
wrong time to push for it.

Still, this begs the question: When will it finally be the right time?