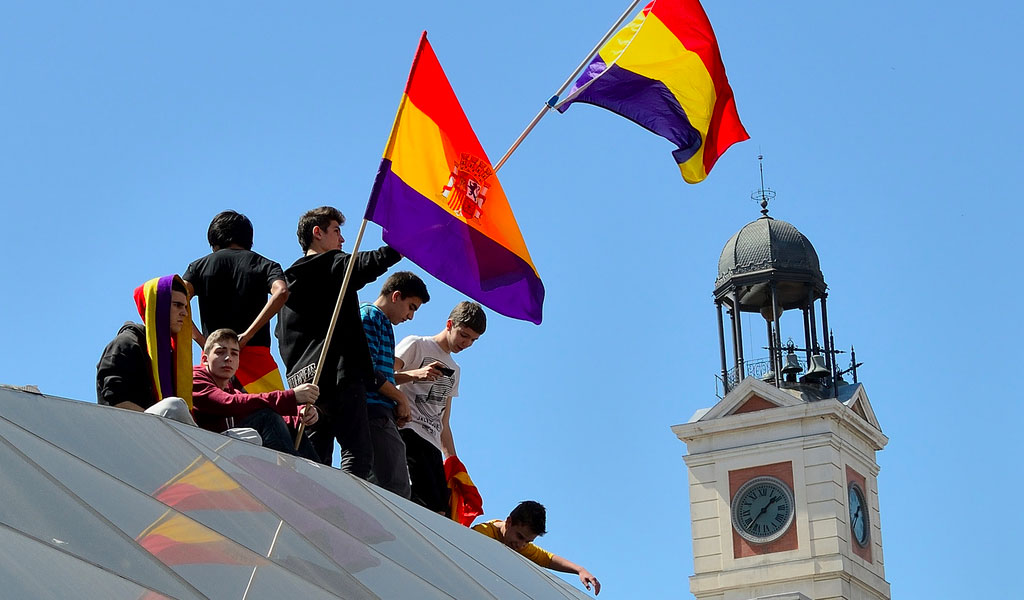 Spain no longer needs a monarch.

It’s true that following the death of the dictator Francisco Franco in 1975, King Juan Carlos I was instrumental in Spain’s transition toward democracy. But in the 21st century, the preservation of the nation’s democratic gains doesn’t fall to the nobility.

Nevertheless, many people were startled when the 76-year-old king recently announced that he would abdicate in favor of his son, Crown Prince Felipe, 46. But the time has come for the Spanish people to ask themselves if they really want to continue this pointless tradition. Can the expense of maintaining a monarch (one who likes to hunt for elephants, no less) be justified when 6 million Spaniards remain unemployed, and when prospects for the nation’s youth remain so grim? Does the monarchy still have a meaningful role?

There are signs that the tide is turning. In a poll conducted by the Madrid-based newspaper El Pais, 62 percent of respondents said they would like to see Spain become a true republic “at some point” rather than a parliamentary monarchy, as it is now.

However, as is usually the case, established politicians have signaled that they will not listen. Mariano Rajoy, the Spanish prime minister, has ruled out any possibility of holding a referendum on the nation’s governmental structure after Felipe is crowned this week. And Spain’s two main parties – the Popular Party (to which Rajoy belongs) and the Socialist Party of Spanish Workers – control more than 80 percent of the seats in the Spanish parliament. Obviously, the dissolution of the monarchy – the final step toward becoming a true democracy – will not happen anytime soon.

But the public knows that there is nothing modern, desirable or enlightening about being a king’s subjects. And they know that an office that is merely inherited does not belong in a society that rewards talent, effort, creativity and courage.

Defenders of Spain’s current political system like to point out that while the king reigns, he does not rule – that’s their peculiar way of describing the nation’s separation of powers.

Of course, the continued support in many countries for traditional monarchies contravenes the principle of equality that was integral to the founding of many of the world’s democratic governments. The United States’ Declaration of Independence, for example, states that all men are equal. The French established the same principle in the Declaration of the Rights of Man and of the Citizen: “Men are born and remain free and equal in rights.” And the United Nations, created in 1948, was founded on that idea. Support for a monarchy is an endorsement of the most backward of values.

That said, some nobles do have exceptional leadership or diplomatic skills – but that is simply a matter of chance and education, rather than inheritance. I met the king of Spain’s son, Felipe (soon to be King Felipe VI), in 1998 in Honduras while I was reporting on the aftermath of Hurricane Mitch. He traveled to the region’s most dangerous and affected zones, where he helped people trying to recover. I was impressed by his attitude; he came off as a genial, warm and straightforward.

I met the prince again a few months ago when he visited the Univision and Fusion networks in Miami. Given his military, linguistic and diplomatic background, I doubt there is someone more prepared to be the king of Spain. He even has a good sense of humor, and agreed to take a selfie with one of our journalists.

But the fact remains: In the 21st century no one should be subject to anyone else. Crowning kings and queens hinders progress toward equality. In the 19th century, there were 250 monarchies around the world. According to The Washington Post, only 26 remain.

Given their youth, education and intelligence, I suspect that if they weren’t themselves members of the royal family, Prince Felipe and his wife, Letizia, would support a referendum on doing away with the monarchy. The truly democratic and modern thing for Felipe to do if he or any other Spaniard wants to be head of state, is to run as a candidate and submit to a vote.

The Spanish monarchy has its place in world history. But we live in an era of republics, democracy and equality, not of kings.