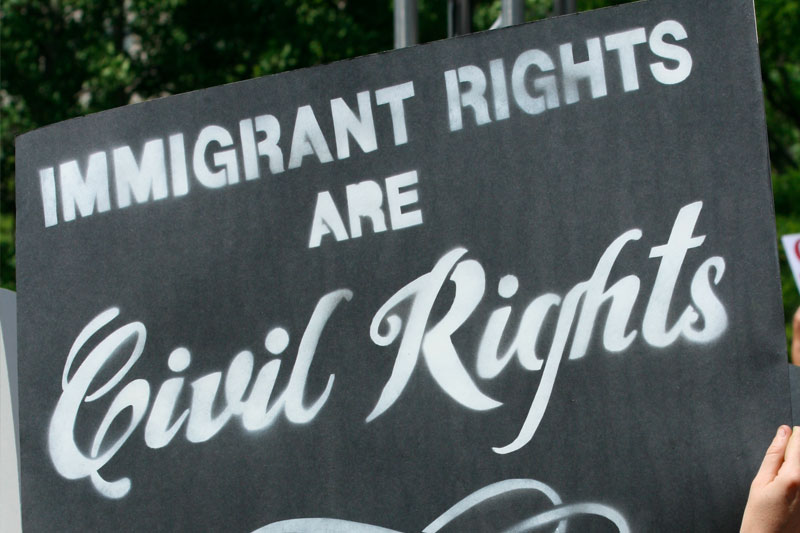 Words matter. The labels we use for each other reveal ambitions, express fears and convey judgments. They can injure and they can mend. More importantly, they can unite and divide — and nowhere is this more evident than in the debate over whether to label undocumented immigrants “illegal.”

For Hispanics, this is an assault on our entire community. Anyone who would deem illegal the 11 million undocumented people living and working in this country is unaware that half of all Hispanic adults living here were born outside the United States, and that for us, the plight of immigrants has a deep, personal meaning. Calling someone illegal is insulting to all of us, signaling support for the xenophobic, anti-immigrant attitudes exhibited by some Americans today.

The Nobel laureate Elie Wiesel, who survived the horrors of the Holocaust as a young man, once said that no human being is illegal. Indeed, history has shown that the first step toward isolating a group of people is to label them inferior. Liken them to criminals, as the term illegal does, and other groups will become suspicious of them. This is un-American and inhuman.

It’s true than an immigrant who comes to the United States without the proper documentation has broken the rules. When people cross the border without permission or overstay their visas, they have violated the policies that govern immigration.

But does this mean that they are criminals, as the “illegal” label implies?

If the undocumented are criminals, then so too are the Americans who hire them or benefit from their labor. But we don’t use terms like “illegal citizen” or “illegal company.” Let’s remember that these immigrants come to the U.S. because they know they can find work — if demand for their labor did not exist, they would not be here.

Still, many politicians and media personalities insist on labeling the undocumented as illegals — as criminals. But the tide is beginning to turn: An increasing number of newspapers and television networks are using the more precise “undocumented” description when referring to immigrants. And since 2000, presidential candidates — both Democrats and Republicans — have tended to avoid the term “illegals.”

However, politicians’ words have not yet led to action. Anti-immigrant rhetoric has dominated the conversation surrounding reform since the terrorist attacks of Sept. 11, 2001, when the Bush administration’s priority rightly became protecting the nation against external threats. Immigration reform efforts supported by President George W. Bush and Mexican President Vicente Fox were relegated to the back burner in the aftermath of the attacks, and foreigners were widely regarded with suspicion. While Bush did try to overhaul immigration policy toward the end of his second term, it was too late — by then he had lost congressional support.

I have no doubt that this path will eventually be created for the millions of workers who contribute so much to the American economy and the nation’s well-being. The country was wonderfully generous to me when I arrived; I hope that it will be equally generous to those who came after me, regardless of their status.

But to move forward we must win this war of words. We must not allow the national conversation on immigration to be dominated by those who would label an entire group of people as criminals and who say that establishing a future for millions of immigrants is “amnesty.” Changing reality starts with changing our language. The first step is accepting that no one is illegal.