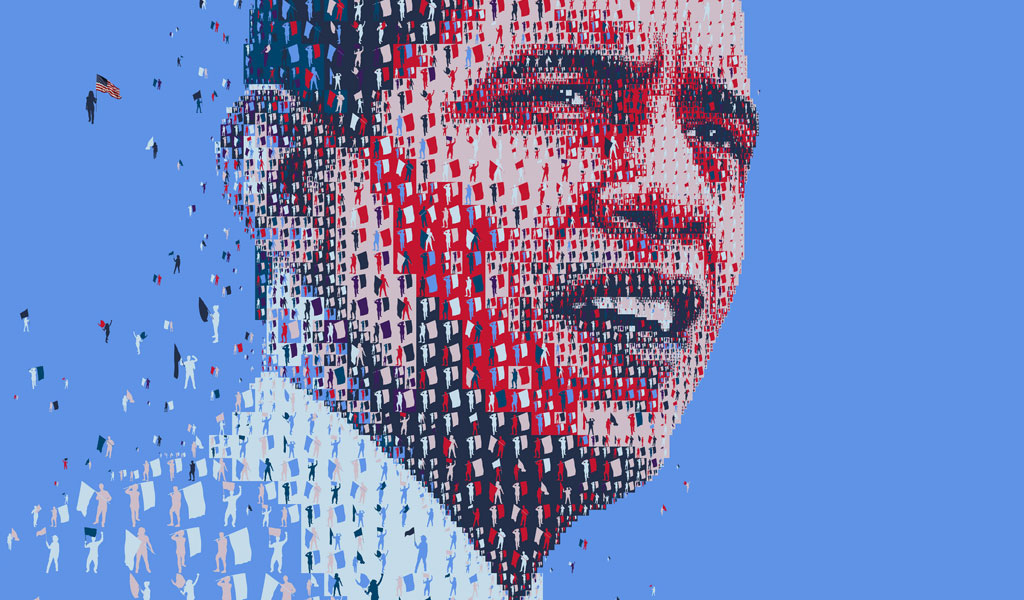 This city, famous for its lively music scene and for having a spirited vibe, was perhaps not the most ideal place to talk with President Obama about the serious topics of racism, immigration reform and the newly released details about what amounted to torture of prisoners. But even heads of state don’t control everything.

In fact, throughout my career, I’ve interviewed dozens of democratically elected heads of state, and a great number of them have insisted that people would be surprised at how little power they actually wield. Barack Obama, the leader of the free world, is no exception.

For instance, I’m certain that Obama would have liked to sign into law comprehensive immigration reform legislation that offered a path to citizenship for most of the 11 million undocumented immigrants living in the U.S. But it didn’t happen. His efforts, and those of his Democratic Party, have been blocked by Republicans. So, instead, he recently used executive action that would shield about 4 million immigrants from deportation. “We’re not going to separate families,” he told me about this initiative in Nashville last week. “We’re going to focus on criminals. We’re going to focus on borders. We’re going to focus on new arrivals.”

According to a recent poll from Latino Decisions, about 89% of Hispanic voters support Obama’s decision to go it alone on immigration. Personally, I wish Obama had taken such action before his administration deported more than 2 million undocumented immigrants during his first six years in office – more than any other U.S. president.

I mentioned this fact to him, and he indicated that perhaps I didn’t recognize his efforts to try and push for reform during his tenure in the White House. “When you present it in that way,” he said, “it does a disservice because it makes the assumption that the political process is one that can easily be moved around depending on the will of one person, and that’s not how things work.”

Just as it’s impossible for Obama to solve the greater immigration issue on his own, the president of the United States also cannot singlehandedly improve race relations in the country. The protests that have resulted from a lack of charges against white police officers in the deaths of two African-American men, Michael Brown in Missouri and Eric Garner in New York, demonstrated that, tragically, though we may have an African-American president in the Oval Office, we are not living in a post-racial society.

“Issues of racial prejudice and discrimination,” Obama told me, “they’re embedded deeply in society.” However, he said the nation has seen notable progress with regard to race in the last 20 years.

I asked Obama if he had ever been discriminated against. “Of course,” he said. “I think it would be pretty hard to grow up in the United States of America without having any experience of discrimination. But what I do know is that in my life things have improved, and they are going to continue to improve.”

I also asked Obama about the Senate Intelligence Committee’s just-released report detailing the CIA’s treatment of prisoners in the aftermath of the 2001 terrorist attacks in the U.S. During the administration of President George W. Bush, detainees captured by American forces were subjected to, among other things, waterboarding, “rectal feeding” or being forced to stand on broken feet during interrogations supervised by the CIA. According to the report, at least one prisoner died after being left chained to a wall overnight.

During our discussion, Obama described the actions detailed in the report as “brutal activity.” “We did some things that violated who we are as a people,” he said.

Soon after he took office in 2009, Obama banned the use of the so-called “enhanced interrogation techniques” employed at times by the CIA when questioning prisoners. I asked him if he could guarantee that his government hasn’t tortured any detainee, including those locked up at Guantanamo. “I can categorically say that anybody who engaged in any behavior like this would be directly violating my executive orders and my policies as president of the United States, and would be held to account, and would be breaking the law,” he said.

Obama may not have the power to fix the immigration system or end racism in the U.S., but his stance against torture is a huge step in the right direction. Both President George W. Bush and Obama had to confront racism during their administrations, and both failed at passing immigration reform legislation. But in the end, torture of prisoners happened under one administration, and not in the other. In that respect, Obama comes out ahead.

No, presidents don’t have all the power they wish they had, but the actions that they take can be measured in human lives and personal dignity. Having that sort of power is more than enough.