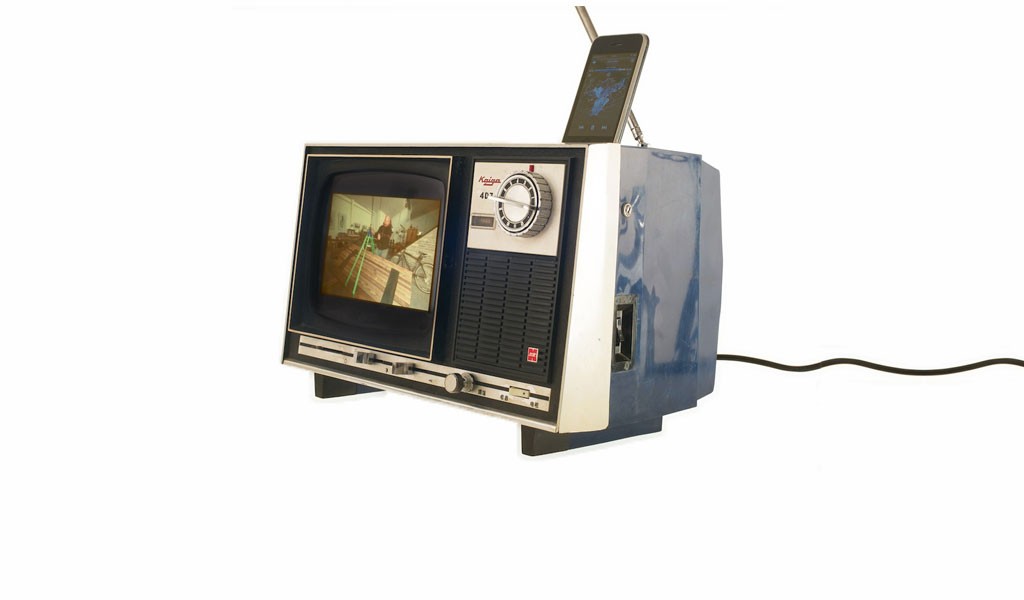 If you want to see some dinosaurs, you don’t have to go to a museum.

Just tune in to a television newscast. They’ll be there: the news presenters whose shows are broadcast at a certain time every day. This type of journalism is on the way to extinction.

Next year I will mark my 30th year co-anchoring a nightly newscast on Univision with Maria Elena Salinas. Back when I started, the TV news business was relatively straightforward: We produced the newscast for an audience that had a standing appointment with us every night at 6:30. Then, the ratings would reveal the size of the audience, which would determine the price of advertising on the program.

Today, a growing portion of the audience is searching for information on mobile devices or laptops; fewer and fewer people are seeking out a printed newspaper or tuning in to a scheduled news program. Indeed, the huge migration from television screens to mobile screens means that many young Americans don’t even feel the need to own a TV.

Now, journalists have to maintain a continual presence on other screens and constantly update whatever story they’re chasing on social media. As a reporter, if you fail to provide the latest information at a click, your audience will simply move on and seek out the news elsewhere. And it has become almost impossible these days to gather and report news by just sitting at a desk.

In my industry “digital first” is the new mantra. In fact, many of the interviews and reports I do are posted on the websites of the networks where I work, Univision.com and Fusion.net, or on my own site, JorgeRamos.com, before they are even broadcast on TV. These days we simply cannot wait until 6:30 to report something that’s happening hours before. (Imagine the challenge newspapers face: While most dailies post news stories on their sites, the print edition has to wait until the next day.)

In addition to new priorities for reporting, another shift in journalism has been the rise and influence of social media. I freely admit that I cannot compete against information flowing through Facebook, Twitter, Instagram or Snapchat. If there is an earthquake in China, or a major accident in France or a shooting in California, someone inevitably is on the ground, recording events on his smartphone.

Obviously, a trained journalist on the other side of the world cannot compete.

But sometimes such videos and reports are rejected because they were not created by professional journalists. This is wrong. To retain our relevance, we in the media must embrace user-generated content, confirm that it is real and accurate, and put the information into context for the audience. Videos like those made right after the recent earthquake in Nepal, or of Eric Garner being forcibly subdued by New York police officers, or photos of a Mexican official using a government-owned helicopter to take his family on a vacation – are all highly valuable reports, even if they were not produced by professional reporters.

Of course, amid all these technological leaps, nothing can truly replace a journalist who dares to ask the tough questions. And an app cannot replace someone who winnows relevant information from the rest of the noise. A smartphone cannot take the place of someone who challenges those in power.

There will always be a need for journalists who point out abuses of power; uncovering those abuses is what presidents and dictators fear the most. So while the craft of journalism is changing, its principles are not. Credibility, independence, relevance, the ability to place news in context and challenging public officials will always be necessary. Something else that will never change is the fact that being a journalist forces you to be a rebel – someone who is always questioning authority and always keeping an eye out for unfairness – and this tends to keep you young. I know of no other trade that offers such a ride.

I recently spoke at a commencement ceremony for journalism students at the University of Southern California. I knew that these new graduates were full of concern about the future of the industry. I, too, have my concerns: Some people predict that my job as a news anchor will disappear within a decade.

I told the new graduates that the only way to survive in this tough job climate was to embrace new technologies. If you don’t, you’re out. Above all, though, I emphasized that our profession is based on trust.

If you’re not credible, your work as a journalist is worthless.

Indeed, only those journalists who are credible, rebellious and who fully embrace digital opportunities will survive in this new media age. Everybody else will join the dinosaurs.