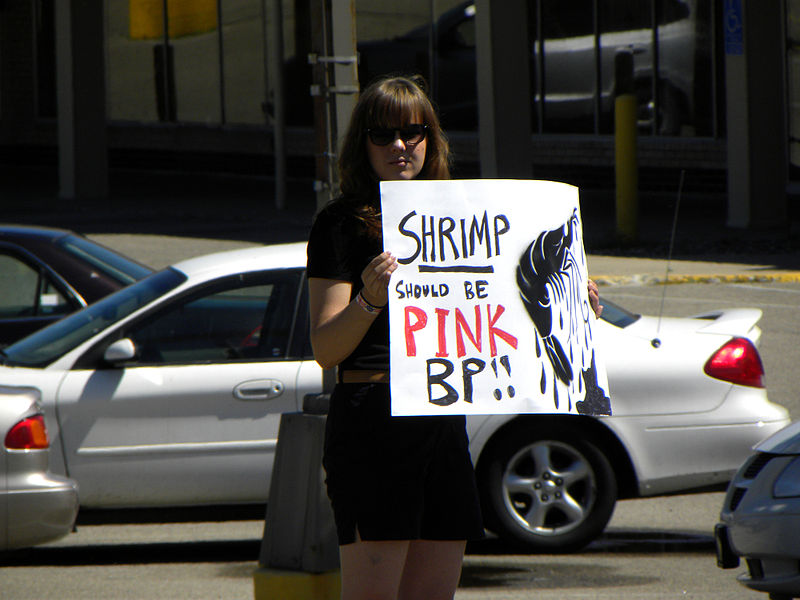 I did not personally cause the oil spill in the Gulf of Mexico, and yet, as an American, I feel partially at fault for this tragedy.

The greatest share of responsibility obviously belongs to British
Petroleum, which should never have drilled a well it did not know how
to plug in an emergency. The fault is not theirs alone; the U.S.
Department of the Interior’s regulators and inspectors appear to have
colluded with BP and other oil companies on setting safety measures.

Whether this partnership skirts the boundaries of incompetence has
not yet been determined. In essence, it is also a philosophical issue:
How much government regulation of private enterprise is too much?

The answer in the case of the Gulf oil spill couldn’t be clearer:
Barack Obama’s administration should have investigated much more deeply
their predecessors’ approval and regulation of deep-sea drilling. This
was not done, and now we are suffering the consequences.

Also, Obama’s response to this particular disaster was not
appropriate to its gravity. While no one wants a leader to lose
emotional control, for several weeks Obama did not act with the haste
that the situation demanded.

Even more frustrating is the government’s unpreparedness for this
crisis, forcing it to leave the solution in the hands of the very
company that caused the problem. Apparently, no one who works for the
U.S. government knows how to plug wells drilled in the middle of the
sea. This abdication of responsibility is absurd — the equivalent of
telling a pyromaniac to put out a fire he just set ablaze. We have
learned very little since the disastrous 1989 Exxon Valdez oil spill in
Alaska.

When I see the often-played video of that torrent of oil gushing
into the depths of the Gulf of Mexico, my first impulse is to change
the channel. Still, the oil keeps flowing, and the responsibility, in
part, is mine.

That crude oil now painting our beaches black was being brought to
the surface to fuel my car. The American lifestyle depends on it, and
that’s why we are all ultimately responsible for this accident. If you
are a consumer of gasoline, you are implicated in our collective sin.

Of course, I could always ride a bicycle to work, but it would take
me five or six hours each day to complete the round trip. I could also
use the public transportation system, but Miami’s bus service is a
disgrace; it would take half a day of circling the city on those
inefficient buses to reach my destination.

So I admit it: I have no choice but to use my car and the fuel that
is pumped from the bottom of the sea by enterprises like BP.

Maybe what frustrates me most about this ecological crisis — the
repercussions of which might be with us for decades — is that it
hasn’t become an opportunity for radical change. President Obama has
not used this unique moment to permanently alter the way we travel and
live.

A new gasoline tax would reduce our reliance on motor vehicles, and
the billions of dollars generated by the tax could fund the development
of new technologies. But there is no political will in Washington for a
new tariff since midterm elections are only five months away.

And what about alternative energy sources? The sun and wind are
inexhaustible, clean sources of power, yet we haven’t gotten the most
out of them. I also can’t quite understand why hybrid cars — powered
by a combination of electricity and gasoline — haven’t been
aggressively promoted by the government as a step toward the goal.
Could it be that government regulators are in cahoots with automobile
manufacturers, just as they seem to be with oil companies?

Meanwhile, I can’t believe we must wait until August, if we are
lucky, to put an end to this tragedy in the Gulf. Try as I might, I
cannot forget the image of that billowing stream of oil. And with every
gallon of crude released into the sea, our shared responsibility keeps
growing.