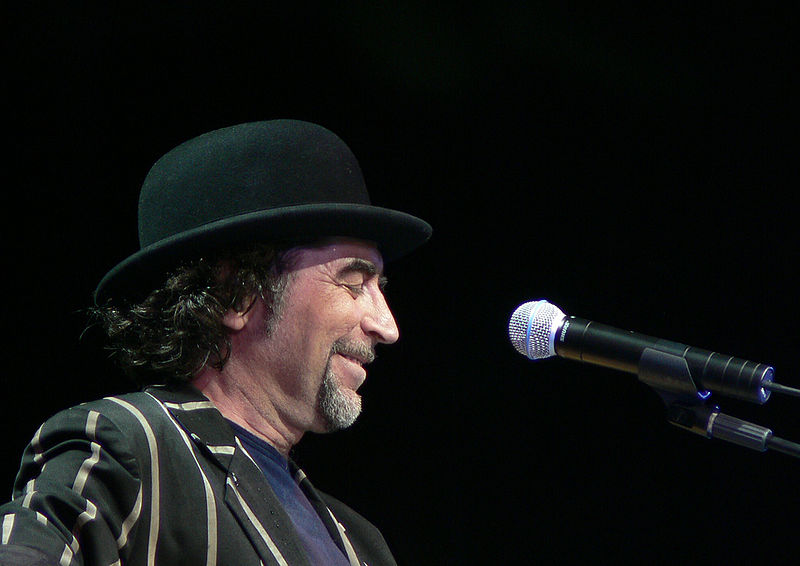 There we were, thousands of fans of the great Spanish singer Joaquin Sabina, packing an auditorium late last year for his first-ever show in Miami. As he launched into his performance, I turned to catch a glimpse of the public’s reaction, expecting to see adoring faces enjoying that once-in-a-lifetime moment.

But what I saw instead was a swarm of electronic fireflies fluttering in the dark: hundreds, perhaps thousands, of concertgoers taking photos or video of the show with their smartphones. I wondered what Sabina thought as his fans, who had come from near and far to see him sing, filtered his performance through handheld devices.

I don’t remember who first pointed out that great irony about smartphones — that they allow us to be closer to people who are far away, yet isolate us from those who are near — but I wholeheartedly agree. I would wager that most of us know people who are constantly glued to their phones — people who feel a real sense of urgency whenever they receive a call, a text message or an email. Perhaps you react this way yourself. It seems that what is far away is starting to take precedence over what is near.

In fact, smartphones have become the great interrupter: From concerts to parties to dinner dates to vacations, no occasion is immune from disruption by these devices. Consequently, our phones have also become a terrible addiction. Their functionality as versatile minicomputers — outfitted with maps, calendars, a camera and Internet connectivity, along with libraries of books, music and games — gives us a sense of being everywhere at once.

But our fascination with these devices also pushes us dangerously close to isolation and, in certain circumstances, even death. This is not an exaggeration. Smartphones have been honored guests at every social situation that I have recently attended. There is nothing more pathetic than a family dinner at which everybody is paying more attention to their devices than to each other. At parties, when I see guests tapping or talking on their phones, I can’t help but suspect that they would much rather be somewhere else.

Much more urgent is the fact that we must put them away while we are driving. University studies suggest that using phones while driving is just as risky — or even riskier — than drunken driving. (Certainly the most foolish thing I have ever seen is a motorcyclist using his phone on the road). Research conducted in 2010 by the National Highway Traffic Safety Administration revealed that at any given moment at least 660,000 drivers in the United States are using their cellphones.

“Addiction to these devices is a very good way to think about it,” said Deborah Hersman, chairwoman of the National Transportation Safety Board, in an interview with The New York Times in December. “It’s not unlike smoking.” That’s why, in an effort to curb accidents caused by distracted driving, Hersman has recommended that all states forbid the use of phones while driving, including with hands-free devices. The reason is clear: Attention devoted to talking, texting or checking the Internet is attention taken away from driving, and that can cost lives.

The recommendation, however, has been useless. The NTSB has not been able to generate public interest in national legislation that restricts the use of phones while people drive. The general attitude in this country is that the risk is worth it — we would all prefer to live (and drive) with our phones than without them. This is understandable. We are, after all, addicts.

But perhaps our addiction will someday ease. In an op-ed published in The New York Times in January, Pico Iyer, the tireless traveler and journalist, pointed to research showing that the average teenager in the United States sends or receives about 75 text messages a day. “Since luxury, as any economist will tell you, is a function of scarcity, the children of tomorrow … will crave nothing more than freedom, if only for a short while, from all the blinking machines, streaming videos and scrolling headlines that leave them feeling empty and too full all at once,” Iyer wrote.

Joaquin Sabina’s concert in Miami was spectacular. But I suspect that he left disappointed. When your fans would rather view your image on a cellphone screen than watch your live performance, something is not right. For the time being, not even a concert by Sabina can break the addiction.