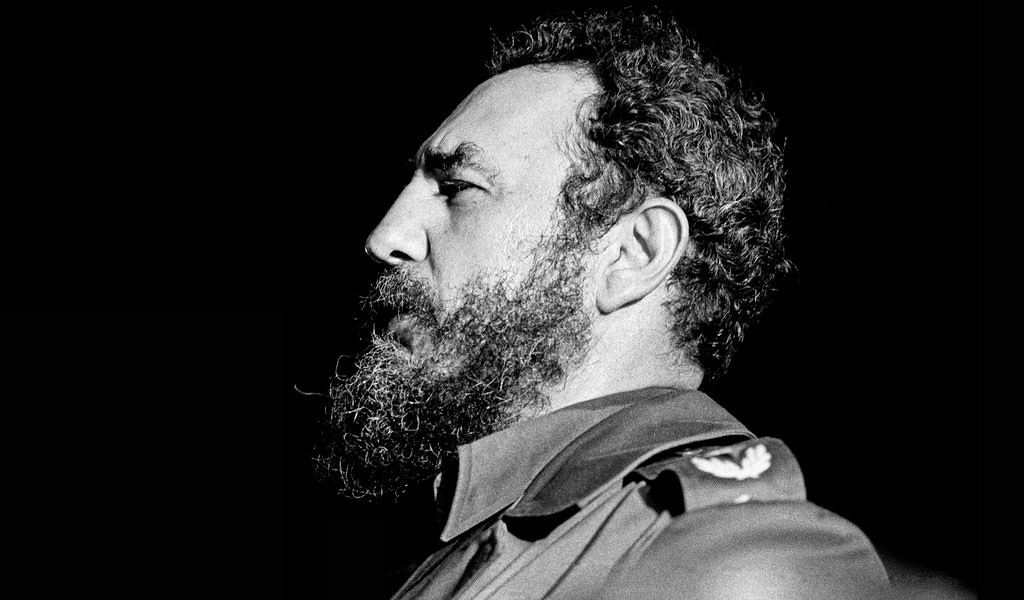 MIAMI — Many times during the 30 years that I’ve lived in Miami, I’ve heard that Cuban dictator Fidel Castro was dead. In fact, Castro died two or three times a year, on average. Rumors would spread; I would get calls and texts about his death. These reports, of course, always turned out to be false.

Until this last one.

When the false reports of Castro’s demise would come in, I used to dash to Univision’s studios and prepare for the official announcement. But as the years passed, I came to see that this was a futile exercise. Reports of Castro’s death, to paraphrase Mark Twain, were always greatly exaggerated.

I met him just once, in 1991, and I still remember how his long fingernails felt on my left shoulder. The Berlin Wall had recently fallen, and the world’s Communist nations were fragmenting. I had gone to Guadalajara, Mexico, to cover the first Ibero-American Summit. I found Castro as he walked out of his hotel room, and I spoke with him for a total of 63 seconds. (Watch the video of the encounter here:)

Castro tried to put his arm around me, and as I pulled away I asked him if perhaps the time had come for him to step down, now that the Soviet Union was no more. “Many people think this is the moment for you to call for a plebiscite,” I told him. He responded that nobody had the right to demand such a thing from Cuba. Then one of his bodyguards pushed me, and I lost my balance. Castro kept on walking without turning back. That was it.

Castro was a brutal dictator, quick to use violence. He ordered the executions of his opponents, locked up political prisoners and violated human rights. He also averted multiparty elections, viciously censored the press and maintained absolute control over every corner of the island. He wasn’t a hero, and we shouldn’t present him as one now that he’s dead.

For years, I asked Latin American leaders if they considered Castro a dictator. Very few dared to admit it on the record. They feared and respected him and admired how he stood up to the United States for so long. Only in private would they denounce Cuba’s lack of liberty.

Now that Castro is gone, I’d rather talk not about him but about his millions of victims. For three decades, I’ve witnessed the suffering of Cuban exiles. I have many Cuban friends. I work with them. They’re my neighbors. I know the stories about their escapes and how they reinvented themselves in the United States after losing everything.

My two children’s grandparents fled the Cuban dictatorship years ago. During Pope St. John Paul II’s visit to the island in 1998 (before Cuba canceled my visa), I could visit the neighborhoods where Nicolas and Paola’s grandparents lived before they had to leave behind the life they had known.

Today, when I hear people criticize Cuban exiles who have fled to other countries, it strikes me as cruel and ignorant, as if a double standard is in place. Castro was every bit as much a killer as Chile’s Augusto Pinochet, though he never received anywhere near the same level of international condemnation as Pinochet.

For almost six decades, Cuba has been, and remains, a ruthless dictatorship. Yes, the American embargo of Cuba had a negative impact on most Cubans, but Cuba has no justification for continuing to be one of the world’s most oppressive states, and among the least connected to the internet. After all, there’s a reason the Cuban “balseros” keep arriving by the thousands on Florida shores.

I don’t know if there can be “Castrismo” without Castro. Venezuela’s authoritarian regime has demonstrated that, sadly, there can be “Chavismo” without Hugo Chavez. Castro’s policies may well endure on the island. So far, Raul Castro, Fidel’s brother, in charge since 2008, hasn’t offered any sign of imminent democratic changes, despite Cuba’s diplomatic openings with President Barack Obama.

It’s possible that Fidel Castro’s death won’t change anything in Cuba. But I know that my exiled friends feel a calm sense of victory. Despite all their suffering, they’ve maintained their honor and dignity. They confronted a dictator — and survived.