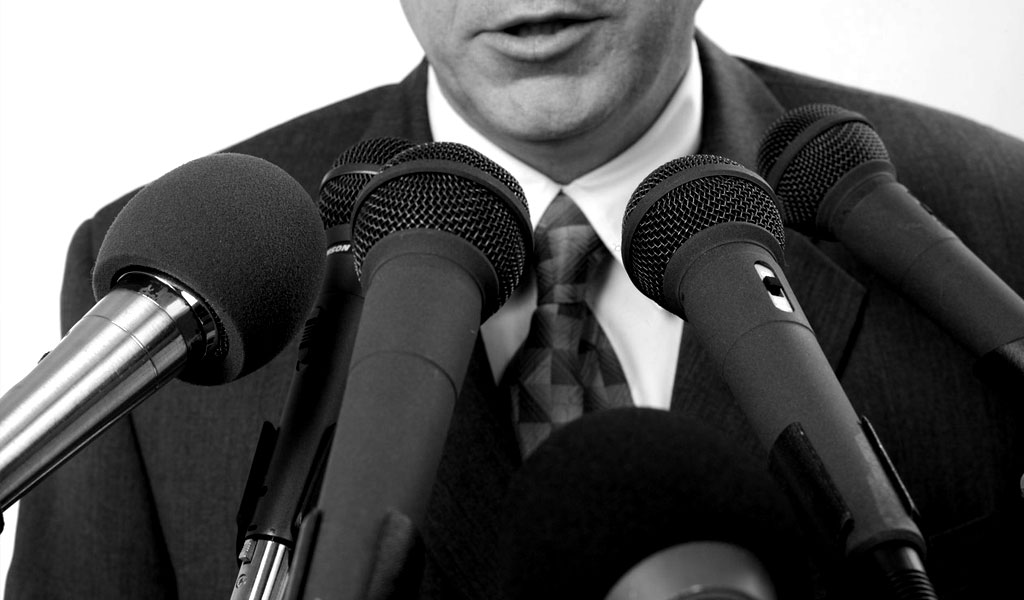 Presidents tell lies. Well, not all of them, and not all the time.

But one of the main lessons that Ben Bradlee, the recently deceased former editor of The Washington Post, taught us is that our job as journalists is to challenge what the people in power tell us. All the time.

Bradlee was responsible for the newspaper’s coverage of the Watergate scandal
– the tangled web of spying and corruption that led to President Richard Nixon’s
resignation in 1974. It was a story that forever transformed the craft of
journalism because it demonstrated how two dogged reporters, Bob Woodward and
Carl Bernstein, could play a role in removing a lying politician from the
highest office in the land. After Watergate, Bradlee wrote, “I started looking
for the truth after hearing the official version of a truth.”

Of course, when Nixon denied that his administration was involved in the
cover-up of the Watergate scandal, it wasn’t the first time a president lied, or
certainly the last. There are thousands of examples of heads of state around the
world resorting to dishonesty in order to get what they want or to cast
themselves in a more favorable light.

Hugo Chavez, the late president of Venezuela, for instance, was notorious for
doing this. I spoke to Chavez in 1998 right after he was elected president the
first time. During our discussion (which can be viewed here bit.ly/1y5kV4J)
Chavez pledged that he would step down after his first term had ended, or even
before. That turned out not to be true. He also said that he wouldn’t seek to
nationalize Venezuela’s industries and that he would respect the rights of an
independent press. Two more falsehoods. In fact, lying helped Chavez bend
Venezuela toward totalitarianism, a trend which has continued with his
handpicked successor, Nicolas Maduro.

Then there is Fidel Castro, who, following the triumph of his Cuban
revolutionaries in 1959, repeatedly declared that “we are not Communists.”
Fifty-five years later, his brother, Raul, heads one of the most repressive
Communist regimes in the world.

As journalists, we cannot swallow the official line without question. We
should challenge almost everything that dictators, presidents and officials say.
This irreverent, rebellious side of reporting – described lately by some
commentators as “point-of-view” journalism – insists that we demand results from
our leaders, rather than cozy up to them in order to gain favor.

For instance, it’s perfectly OK for a journalist to approach a topic from an
antagonistic position. That’s what Edward R. Murrow did 60 years ago when he
took on Sen. Joseph McCarthy’s anti-communist tactics on his program “See It
Now.” Walter Cronkite did the same thing when he criticized the government’s
handling of the Vietnam War. CNN’s Christiane Amanpour criticized the United
States’ passivity during Serbian abuses in the Balkan War in the 1990s. And
Anderson Cooper pointed out the failures of President George W. Bush’s
administration in the aftermath of Hurricane Katrina in New Orleans in 2005. The
list goes on.

Journalism is about objectivity, but it’s also about being fair. As a
journalist, you cannot treat a dictator the same way you would treat his
victims. One of our main responsibilities is to point out and prevent abuses of
power.

But when journalists forget that our job is to question and annoy those in
power, there can be huge consequences. Remember that more than 120,000 Iraqi
civilians and almost 4,500 American soldiers died in the Iraq War, an
unnecessary conflict that was rooted in officials’ dishonesty about weapons of
mass destruction. Those claims weren’t questioned by the majority of
journalists.

In Mexico we have a long history of dishonest presidents who came to office
with the help of fraud at the ballot box. Another troubling example in Mexico is
that dozens, perhaps hundreds, of student demonstrators were massacred by the
army in Mexico City’s Tlatelolco plaza in 1968, yet the most renowned
journalists in the country kept silent in the aftermath. In contrast, the recent
massacres in Tlataya and Iguala, which involved the army and police and have
resulted in dozens of deaths, are being covered by a new generation of Mexican
journalists, particularly in digital media, and they are not afraid of
confronting those in power. Facing this new wave of criticism from journalists
with a point of view, the response of President Enrique Peña Nieto’s
administration has been paralysis and silence. But these journalists will keep
asking questions until the truth is revealed.

Not every corrupt and dishonest president will lose power, as Nixon did, but
Bradlee and his reporters at The Washington Post demonstrated that every
politician should be afraid of that. Nothing is more revolutionary than the
truth.