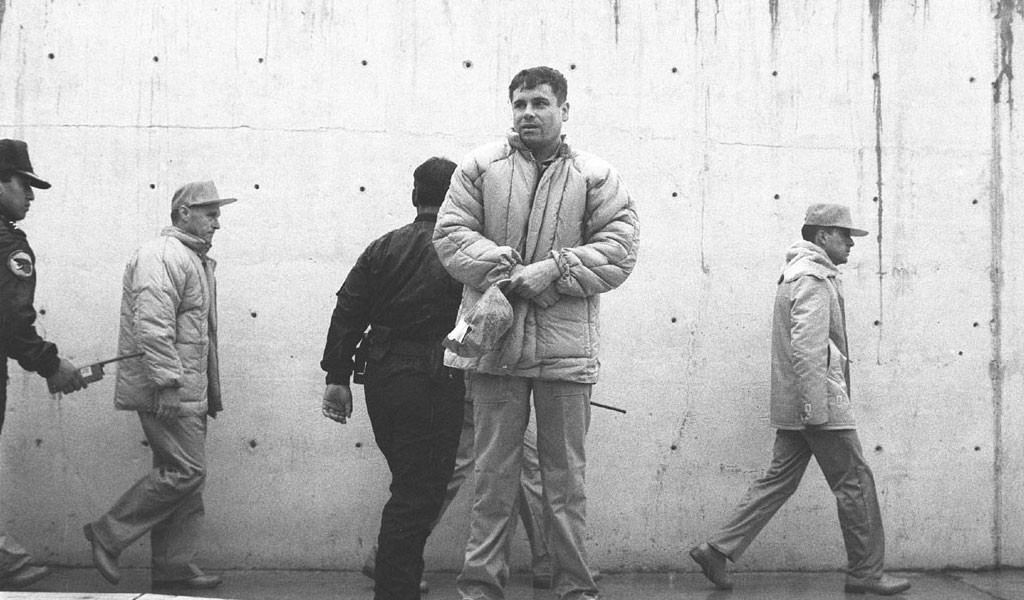 If Mexican President Enrique Peña Nieto truly wants to capture Joaquín “El Chapo” Guzmán Loera — the drug lord who recently tunneled his way out of a Mexican prison — he should get in touch with César Gaviria.

Gaviria was president of Colombia in 1992 when Pablo Escobar, perhaps the most notorious and feared drug trafficker in history, managed to escape from prison. Some analysts were certain that Escobar would go into hiding and disappear, but Gaviria was deeply determined to catch him. A year later, Colombian authorities cornered Escobar and shot him to death.

Given Gaviria’s success in catching up to Escobar, one would think he might have some advice for Mexico. The Mexican government, after all, could use some help. Yet no one in the Peña Nieto administration has reached out to Gaviria — whether out of pride, foolish nationalism or pure incompetence.

So I called Gaviria myself, and he told me how he would catch El Chapo. Here are some highlights from our conversation:

While the cases of Escobar and El Chapo are quite different — Escobar turned himself in to police in 1991 to avoid extradition to the U.S., whereas El Chapo was arrested in Mazatlán last year during a raid — both managed to escape thanks to corruptible police and other officials.

“We set an entire military task force around the prison,” Gaviria told me, “and on the day we were supposed to move [Escobar] because he kept breaking the law, thanks to a phenomenon of corruption and intimidation, and the hesitation of military authorities, he walked away . among the soldiers. What we learned is that the ability to corrupt and intimidate those people is huge.”

People responsible for Escobar’s escape were held responsible.“There were some sanctions,” Gaviria said. “There were public officials who left the administration because of what happened.” After the escape, Gaviria fired some Colombian military officials and prison administrators who failed to do their jobs.

In Mexico, of course, no high-ranking officials or top prison administrators have been punished.

Gaviria had scheduled a trip to attend a summit in Spain on the same day that Escobar escaped. Did he leave Colombia? “I canceled my trip,” he said. “We were in the process [of looking for Escobar], so I didn’t leave.” He wanted to demonstrate to the Colombian people, and to the entire world, that returning Escobar to prison was a top priority.

Peña Nieto, on the other hand, didn’t cancel or even cut short a visit to France when El Chapo escaped. Faced with the choice of returning at once to Mexico to lead the hunt for El Chapo or finishing his trip, the president chose Paris.

Gaviria told me that Mexico needs to create a search party made up of members from the Mexican navy and army “and dedicate it exclusively to that — to look for him, and to chase him systematically.” Gaviria pointed out that the task of capturing El Chapo cannot be undertaken by national authorities on their own. “This requires a specialized team — and I have no doubt that Mexico can do it.”

I asked Gaviria if he wanted to get Escobar dead or alive. “No, no, no,” he told me. “We decided that, no matter his level of resistance, if they couldn’t capture him, they were going to kill him. And he wasn’t going to let himself be captured. But the group looking for him wasn’t a small one — it was a big group . one that worked for a year and a half chasing Escobar.”

“I’m very worried that Mexico hasn’t taken the security issue as seriously as Colombia has,” Gaviria told me. Colombia spends 6% of its gross national product on security and has a complex infrastructure dedicated to combating drug trafficking. Mexico does not, and it’s about time that the nation put more aggressive policies in place and invested more in national security.

“I don’t think Mexico spends more than 1.5% of its [gross national product] on security,” Gaviria said. “As long as this stands, the security issue won’t be solved.”

It’s unforgivable that El Chapo escaped on Peña Nieto’s watch. But it’s even more unforgivable that, in the wake of the escape, the administration has not demanded a single resignation or called for the government to re-examine its policies. Meanwhile, the cartels keep rampaging through the country, and no one can guarantee the safety of ordinary Mexicans.

Gaviria knows this much: “The obligation of the president of Mexico is not to stop the drug trafficking, but to preserve his country’s security.”

(Part of my interview with Gaviria can be seen here)