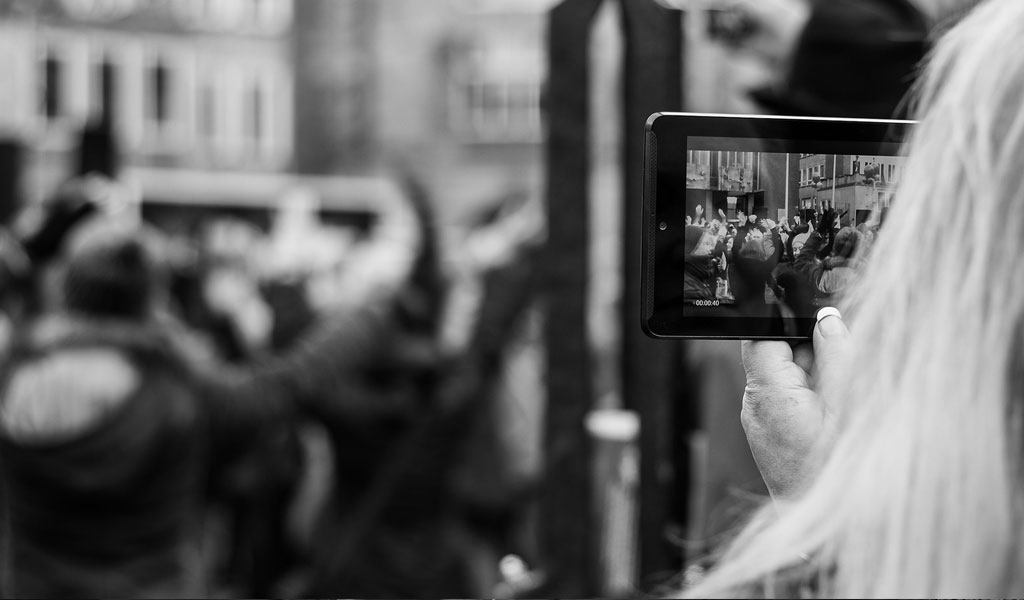 The powerful are not invincible. These days everything we need to rise up against dictators, abusive authorities or inept presidents is right in the palm of our hands.

The smartphone has made this century conducive to rebellion. Our phones allow us access to the most important weapon of all: the truth.

“Everybody is an investigative reporter now with a phone,” the director Spike Lee told me in a recent interview. His forthcoming documentary, “I Can’t Breathe,” focuses on the case of Eric Garner, an African-American man who choked to death in New York last July as police officers tried to restrain him. As he was being held on the ground, Garner repeatedly told the officers that he was having trouble breathing. His death was caught on video by a young man with a smartphone. Were it not for the video, it is unlikely that we would have learned much about this example of abuse.

Lee thinks that the growing use of phones to document social injustice is more than a trend. “This isn’t going away,” he said. “It’s powerful.” (My interview with Lee can be seen here: fus.in/1x4lk8k.)

He’s right. The use of cellphones to communicate and document government abuses was instrumental in toppling Tunisia’s 23-year dictatorship in 2011. The same was true in Egypt that year. According to data from the University of Washington, the number of tweets pushing for political change in Egypt jumped from 2,300 a day to 230,000 during the week that President Hosni Mubarak resigned. In addition, millions of Egyptians watched viral videos of protests that fostered an end to Mubarak’s 30-year regime.

These days, revolutions like those in Egypt and Tunisia can begin with the click of a cellphone. Once people start gathering to challenge those in power, no army can stop them. That’s why these sorts of uprisings make it into the history books.

That said, other revolts are also happening, fomented not to topple authoritarian regimes or mediocre leaders, but to demonstrate that people are simply fed up — with being lied to, trampled on, killed with impunity. Revolts like these are happening in Venezuela, Brazil and Hong Kong, as well as in Mexico, where sadness and grief over the disappearance (and presumed killing) of 43 students has triggered national outrage.

A recent New Yorker headline posed the question: “Could Forty-Three Missing Students Spark a Revolution?” It’s possible. In a cellphone video shot during a private meeting between President Enrique Peña Nieto and the families of missing students and posted on YouTube (it can be seen here: bit.ly/1wBNWG8), the father of one of the students demands that Peña Nieto step down “if you don’t have the capacity to lead.”

Lately, Peña Nieto’s response to calls for his resignation amounts to insisting that he had nothing to do with the disappearances. But he is responsible for the climate of violence and impunity that has pervaded the country in recent years. Between December 2012 and September 2014, 31,892 Mexicans were killed, according to official data released by the Department of the Interior. Those deaths occurred on Peña Nieto’s watch.

Human Rights Watch has also suggested that Peña Nieto is more concerned with his image than with the country’s future. If so, he is failing on that front too, fighting a losing battle on social media and in universities. His next loss may occur in the streets.

Venezuela, which has some of the highest levels of crime, corruption and inflation on the continent, was earlier this year on the verge of being transformed by a brave and creative protest movement. Facing censorship in traditional media, the opposition took to social media and to the streets, erecting “guarimbas,” or road blocks, to make their voices heard. But President Nicolás Maduro allowed the National Guard and loyal groups to shoot at young demonstrators in the streets. At least 42 people were killed. Maduro may have won (for now) with bullets, but he lost on screens: With the help of cellphone cameras, we all saw what happened.

In Brazil, the World Cup highlighted the plight of an impoverished population merely trying to survive. And in Hong Kong, those experimenting with a democratic system in a repressive China have come under fire. But in both places, government controls were overwhelmed by thousands of social-media-savvy young people.

The first 14 years of the 21st century have demonstrated that citizens cannot simply stand by and do nothing when leaders abuse their power or ignore their responsibilities. The Nobel Peace Prize laureate Elie Wiesel wrote: “We must take sides. Neutrality helps the oppressor, never the victim. Silence encourages the tormentor, never the tormented. Sometimes we must interfere.”

I agree. We must rebel or die. Of course, the biggest challenge, as Mahatma Gandhi taught us, is to rebel without violence.