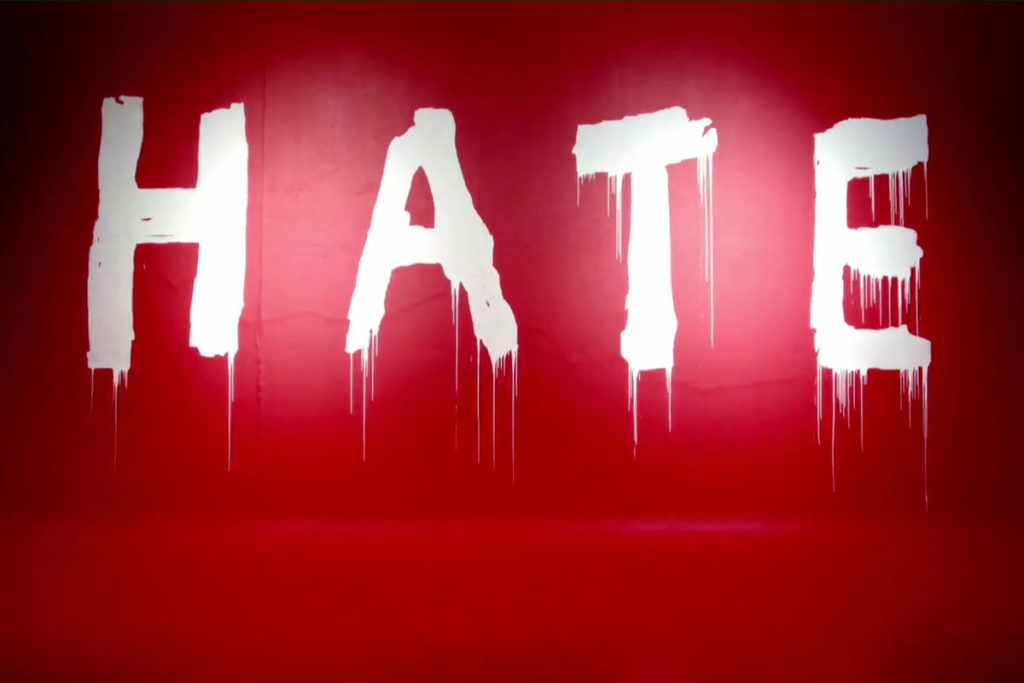 There comes a time when you cannot keep silent or you’ll regret it for the rest of your life. This is such a time.

When it takes two days for the president of the United States to choose the appropriate words to condemn the white supremacists and neo-Nazis who took part in the recent violence at a rally in Charlottesville, Virginia, that’s the time to point out his lack of leadership and moral clarity. It’s become clear that President Donald Trump believes that “both sides” — the racists and their opponents — were responsible for the deadly events in Charlottesville. But he’s wrong.

Chelsea Alvarado, 22, was playing a drum with counterprotesters during the rally. In an interview, she told me that Trump had no idea what he was saying. “How could I be responsible when I was only playing the drum, but people on the other side had weapons?” she said. The car that hit and killed Heather Heyer, another counterprotester at the rally, also hit Chelsea’s drum, which somehow shielded and saved her. Chelsea fell to the ground and was injured. “No, Trump is not speaking for me,” she told me defiantly.

Nor is Trump speaking for the millions of Americans who cannot understand the way that their president has spoken about some of the most despicable and backward groups in America. Days after Heyer was killed, Trump labeled some of the individuals walking side by side with white supremacists as “fine people.” In a tweet, he described the monuments to Confederate pro-slavery leaders as “beautiful statues.” These are not concepts I would associate with people who defended slavery during the Civil War or with modern-day racists.

In 2017, every world leader should be able to condemn those who feel superior to others simply because of their skin color. Similar ideologies are to blame for the worst massacres in history. But no, Trump, doubtful and evasive, backtracks, then corrects himself, then winds up being wrong again.

Nothing that Trump says can surprise me anymore. When he made his remarks about Mexican immigrants in June 2015, we Latinos understood clearly where he stood on race. It’s amazing how long it has taken the rest of the country to catch up.

Hatred trickles down from top to bottom. And Trump — from his efforts to ban some Muslims from entering the country to his policies against immigrants — is largely to blame for encouraging much of the hate that is rippling across our nation.

And, indeed, hatred is overflowing. Nobody can escape it. The effects of Trumpism have even reached my home. I’ve lived and worked in Miami-Dade County for 20 years now. There are 2.7 million inhabitants in the county, and 60% of them are immigrants. Thousands of undocumented immigrants live here and, in very practical terms, they help Miami to function and thrive.

But the mayor of Miami-Dade, Carlos Giménez, an immigrant who was born in Havana, has decided to turn his back on a lot of immigrants who arrived after he did. He has refused to name the county a sanctuary for the undocumented, and he has decided to collaborate with the Trump administration on certain immigration issues. As compensation, the county is getting $450,000 from the federal government — in effect, money in exchange for undocumented people.

The mayors of Philadelphia, New York, Chicago and Los Angeles, to mention a few, have refused to cooperate with Trump’s anti-immigrant policies and have named those places sanctuary cities. But Miami and its mayor prefer to stand with Trump. There is nothing sadder than an immigrant who closes the door on other immigrants.

Trump’s anti-immigrant policies and his shameful declarations on race-related violence allow for no neutrality. And it’s pathetic to see Trump’s supporters and advisers trying to defend him. How can you defend someone who has made racist, sexist and xenophobic remarks? What does associating yourself with someone like him say about you?

I am positive that in the future all of us — journalists or not — will be judged by the way we responded to Trump’s excesses.

You cannot remain silent amid such hatred. Silence is complicity.

P.S.: Barcelona — it could have happened to any of us. I’ve gone to Las Ramblas several times with my family, and I know the city won’t give in to terror. I’m with you. I’ll be back soon.