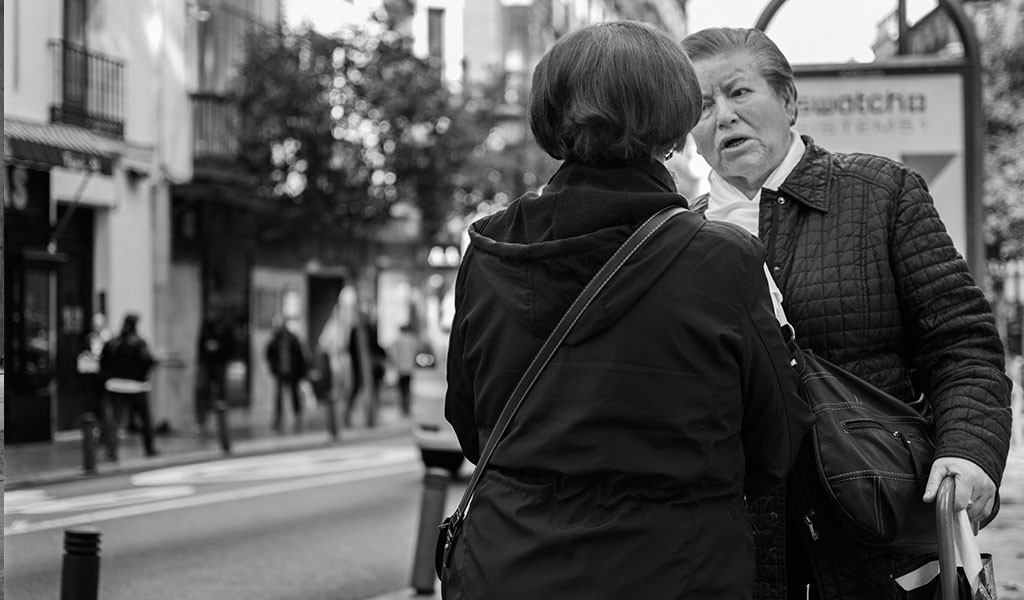 On Fridays, people are allowed to line up to touch the statue of Christ in Madrid’s historic Basilica of Jesus of Medinaceli. And every Friday, the lines are always long.

As people wait, conversations among friends and strangers run the gamut — from the latest soccer match to the next elections. For me recently, waiting in this line for an hour was a lesson in the art of discussion.

Upon entering the church, the faithful pass a stand where they can buy tickets for the Spanish Christmas lottery — “El Gordo,” the big one, as it’s called. The message seems to be: If your prayers go unanswered, you can buy a lottery ticket and get another shot.

But I’d much rather talk about the power of debate than of prayer. Spain is the land of polemics — which has helped maintain its democratic nature. After all, the best antidote against authoritarianism (and smartphone junkies) is speaking face-to-face.

And Spaniards are constantly engaged in debates and arguments. If they fundamentally disagree on something, they don’t resort to physical violence. They simply continue their discussions. Since early childhood, it seems, the Spanish have learned the importance of both disagreement and tolerance.

In the last couple of months, I have been to Madrid, Barcelona, Seville and Granada, and I’ve heard all sorts of debates in person, on the radio and on TV. No topic is off-limits for Spaniards. (Well, maybe the exceptions are the royal family and the conflicts of interest that exist between some media outlets and government — but everything else is up for debate.)

Spaniards might even discuss the sensitive, and almost unresolvable, issue of Catalonia’s independence. No tanks rumble on the streets of Barcelona, but political discussions abound about this region’s desire for independence. Of course, this is precisely what politics is about — finding solutions to problems that seem to have no solution.

In Spain, discussions and debates have also become the preferred way of choosing which political leader to support. That’s why Prime Minister Mariano Rajoy’s recent refusal to take part in national political debates is surprising.

Why wouldn’t the president want to debate? Is he afraid that he might look bad in front of his three rival candidates? After all, these candidates — Pedro Sanchez from the Spanish Socialist Workers Party, Albert Rivera from the Citizens of Catalonia Party, and Pablo Iglesias from Podemos — are all younger than Rajoy. Maybe they’re more skillful too in verbal fencing?

In any other country, a candidate’s refusal to participate in a debate would all but disqualify him from running for president. But who knows? In Rajoy’s case (no one has heard him give a powerful speech or great interview recently), an anti-debate strategy might work. We’ll have to wait until the Dec. 20 elections are over to find out.

Now, I can say many good things about the Spanish way of life. You can eat extremely well (I have also found this to be true in places like Mexico, Peru, Italy, Singapore and China), and the Spanish take their mealtimes extremely seriously. I do love eating at Casa Benigna in Madrid, and the artichokes at Lago de Sanabria are great. The world’s best soccer teams in the world play in Spain: FC Barcelona and Real Madrid. A country with 46 million inhabitants but 60 million tourists a year must be doing something right.

Spaniards also are among the longest-living people on the planet. And there are few places that youngsters can go out and be quite as safe as they are in Spain (just ask my daughter, Paola, who spent her childhood and early teenage years in Madrid). Additionally, despite the high unemployment rate, job uncertainty and political corruption, the public supports preserving the country’s social safety net. And then there’s that wonderful willingness to engage in heated discussions.

Spaniards have also learned many lessons from their past. At every social gathering, they seem to uphold that collective decision to reject the Franco regime’s abuses and never revisit them. Few populations have come as far as the Spaniards — from a harsh dictatorship to a healthy democracy — in the course of a few generations.

Not everything is perfect in Spain, but the devotion to debate is helping people come up with collective solutions to stubborn problems. Many Spaniards would probably disagree with me on that point, though that’s precisely what I’d expect.