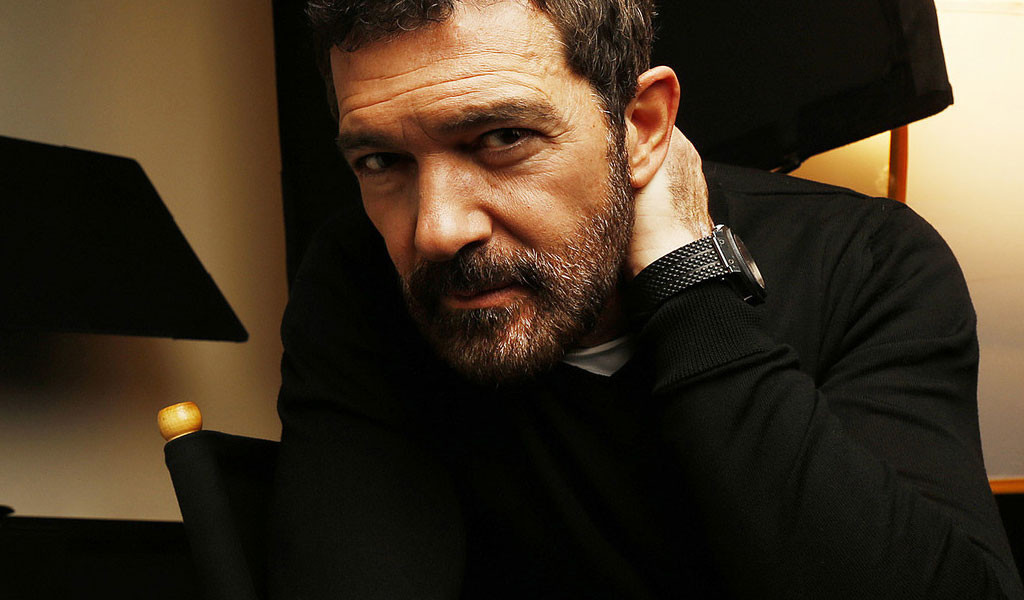 When Spanish actor Antonio Banderas made his first movie in the U.S., in 1992, he barely spoke English. In fact, in order to star in “The Mambo Kings,” he learned his lines phonetically.

Since then, Banderas’ success in Hollywood has spiked, along with the influence that Latinos wield in this country. In fact, back in 1992 there were only 24 million Hispanics in the United States. Now we number more than 55 million, and much has changed — especially our representation in Hollywood.

These days, after starring in dozens of others movies, Banderas speaks English fluently, but he hasn’t shed his Spanish accent or his Málaga roots. I spoke to him recently about how far he and Latinos in the U.S. have come in two decades.

“Breaking the Hispanic stereotype in Hollywood has been an important change,” Banderas told me. “There’s a lot of Hispanic power behind the camera, in front of the camera, in the technical world — and this is very important.”

During our discussion, the controversy surrounding Donald Trump came up. The Republican presidential hopeful has foolishly attacked the power and influence of Hispanics — not only in movies but also in music, economics and politics — in recent months. His insults against Mexican immigrants notwithstanding, Trump won’t win the White House without the Latino vote.

Banderas was quick to criticize Trump. “I was going to say I was hurt,” he told me, “but not really. Lies can’t hurt. We shouldn’t react too angrily to this man’s comments. Instead, we should gently and politely educate him about the deep and complex significance that the Hispanic community has in this country. And about the work we’ve done in order to add some color to the United States.”

Banderas has been on the road promoting his latest film, “The 33,” which chronicles the story of the 33 miners who were trapped for 69 days in a mine in Copiapo, Chile, in 2010. When we spoke, Banderas pointed out that he had given 165 interviews in four days. But his enthusiasm for this particular project was palpable (he even wrote a poem about the miners and posted it on Instagram).

“The 33” just opened in the United States, but it has been a big success in Chile and other Latin American countries, where it is shown with subtitles. Interestingly, while all the actors in this film speak Spanish, the dialogue is in English. That’s how Hollywood works: An English-language movie may be successful around the world, whereas one in Spanish might be a harder sell. “The feeling we have is we’re reaching a wider audience,” Banderas told me.

In the movie, Banderas stars as Mario Sepúlveda, the miners’ leader. “Mario Sepúlveda is a man who lost his mother at birth, and who has had to fight all his life to survive,” Banderas said. “Later, life gave him the chance to put his survival instincts to work in the service of his fellow workers … he’s a very charismatic man; and a little crazy like myself.”

Banderas — who, at 55, told me he is “in the second half of the match of my life” — next wants to play Pablo Picasso, with whom he shares a hometown. Director Carlos Saura is connected to the project and wants to make it happen in Spanish. Yet, in order to get funding, the script may need to be written in English.

Banderas also wants to get back into directing. Why? “As an actor, you interpret the ideas of other people,” he explained. “But as a director, you own what you are saying, and that’s something I crave. I am writing a lot these days. I’m trying to put myself behind the camera as soon as possible to tell people how I see the times I got to live in.”

No doubt those times have been full of struggles and challenges for Banderas. Still, he is one of the pioneers of the Latino wave. He has demonstrated that someone can succeed in the United States with a Hispanic accent, and stay true to his roots and identity. For Banderas, the second act is just beginning.