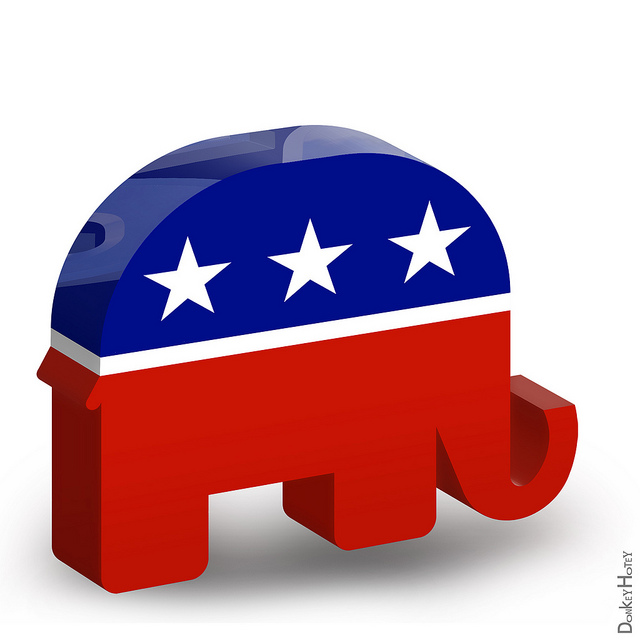 It’s unlikely you will enjoy hearing this news (just as the Democrats
probably won’t like the letter that I’ll write to them next week). Still, I
thought we should clear up a few things before your convention begins in Florida
on Aug. 27.

The Hispanic community is going to cast millions of ballots for President
Barack Obama in November, many more than they will cast for Mitt Romney, which
may swing the election toward a Democratic win. But that’s not the worst news:
Unless your party changes its unreasonable anti-immigrant stance, your party
will likely be shut out of the White House for generations.

A survey conducted in July by the political research firm Latino Decisions
showed that 70 percent of Hispanic voters intend to vote for Obama in the coming
presidential election, while only 22 percent expressed support for Romney. The
results of other national surveys are very similar. Unfortunately for
Republicans, winning the Hispanic vote is more crucial to victory than they seem
to recognize.

One exception was President George W. Bush. Of course, when Bush moved out of
the White House after two terms, he left behind an imploding economy and an
expensive, unnecessary war in Iraq, but he also understood the electoral value
of the Hispanic vote. Thirty-five percent of Hispanic voters cast their ballots
in his favor in 2000, and this number increased in 2004 to 44 percent — the
highest percentage won by a Republican candidate in decades. Why? Because Bush
had reached out to Hispanics. Then in 2007, he followed up by pushing through
legislation that offered a real path to legalization for undocumented immigrants
— but it was Bush’s fellow Republicans who defeated the bill in Congress.
Hispanic voters have not forgotten this.

Rather than picking up where Bush left off, Romney and fellow Republicans
have decided to take a big step backward and oppose any effort at legalization.
In fact, Romney has suggested that life in the U.S. could be made so intolerable
for undocumented residents that they will choose, as he has put it in interviews
and past debates, “self-deportation.” I assure you, dear Republicans, that
Hispanic voters will not forget this either.

We will never forget that the GOP supported the passage of terrible
anti-immigrant laws in Arizona, Alabama and Georgia, nor that you backed the
actions of Joe Arpaio, sheriff of Maricopa County, Ariz., who is now being sued
by the Justice Department for allegedly engaging in policing practices that
singled out Hispanics.

From the Hispanic perspective, Republicans have made one bad decision after
another. For instance, the party could have capitalized on Obama’s failure to
fulfill a campaign promise to introduce immigration reform legislation in
Congress within his administration’s first year. But you chose not to.

Your staunch opposition to the Dream Act is another example. It is
nonsensical to deny undocumented people brought here by their parents as
children the opportunity to become citizens, and then use the importance of
maintaining a secure border with Mexico as an excuse. These “Dreamers” — more
than 2 million young men and women — are already established in the United
States. They have been forced to live in the shadows for years through no fault
of their own; they have studied and graduated from American public schools; they
stand ready to make a positive, lasting contribution to our country. Yet your
party refuses to do anything to help them.

And many within the party often praise President Ronald Reagan, who knew that
the Hispanic community’s traditional mores are very similar to those held by the
GOP: against big government, against abortion and in favor of preserving
traditional family values. But unlike Reagan, who oversaw the approval of an
amnesty law for undocumented immigrants in 1986, today’s Republicans have
squandered a golden opportunity by casting the undocumented, and, consequently,
many Hispanics, as the enemy. (By the way, Wisconsin congressman Paul Ryan, your
vice presidential hopeful, isn’t doing you any favors. Not only does he oppose
the Dream Act and creating a path to legalization, but his flip-flopping views
on the Cuban trade embargo could cause you to lose some votes from
Cuban-Americans. A pity.)

Of course, as is the case with any segment of the electorate, issues
regarding the economy, education and access to the health care are more
important to Hispanic voters than immigration, according to many polls. Yet this
issue defines who is against us. And in many states, you have overwhelmingly
chosen anti-immigrant positions.

So, Republicans, you are going to lose the Hispanic vote this year, and you
have done everything in your power to bring about that outcome. Now the question
is: How are you going to avoid losing the White House for generations?