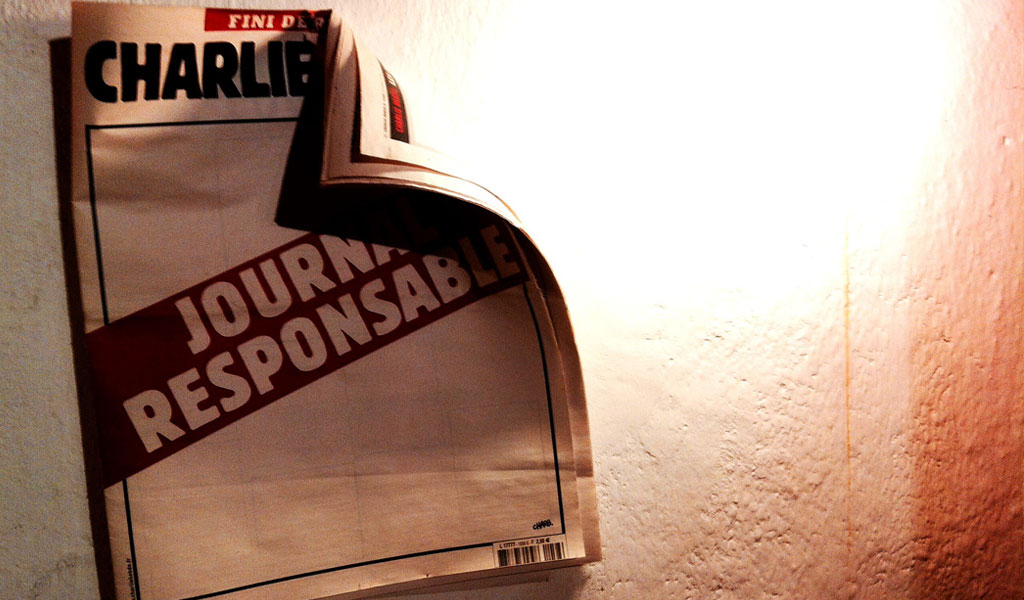 The terrorists who stormed the satirical magazine’s headquarters in Paris believed that by silencing them, they could silence the rest of us. But that was not the case.

Censorship through violence, especially in the digital age, is never a successful tactic.

In fact, the immediate consequence of the attack, which left 12 people dead, has been the wide dissemination on social media of the magazine’s content – the same material that so deeply offended the gunmen. But whether content is offensive, racist or antireligious is absolutely irrelevant. Disagreeing with something in the media should lead to arguments, fierce debates and even lawsuits, if warranted. It should not lead to murder.

Sadly, killing journalists in order to silence them and strike fear in their colleagues is not a new tactic. What is new is the influence that many journalists have these days. In the world’s democracies, the Internet has helped to limit mostcensorship. At the same time, however, more visibility has made some journalists targets for terrorists and intolerant governments.

The Paris attack was thoroughly planned out. Its aim was to kill journalists publishing a magazine that lampoons many religions and belief systems, and also takes on politics with biting humor. In Syria, extremists have captured and executed Western journalists in order to avenge military operations in the Middle East. But France and Syria aren’t the only places where journalists have been targeted.

In Mexico, organized crime and a negligent government have turned the country into one of the most dangerous places in the world to be a reporter. Since 2010, 97 journalists have been killed in Mexico, according to the National Commission on Human Rights. In the state of Veracruz alone, 10 reporters have been killed in the last four years. Since 2006, 42 members of the Mexican media have had their homes attacked.

Freedom of speech, and the freedom to criticize, is a relatively new phenomenon in Mexico. The work of brave and seasoned reporters such as Julio Scherer, who died earlier this month at the age of 88 after a long illness, paved the way for a freer press. For many decades during the earlier reign of the PRI, the government kept a tight lid on information, and it was virtually impossible to criticize a Mexican president in the press. But Scherer, a blunt and determined political reporter and editor, took a no-nonsense approach toward those in power and asked tough questions, and he never betrayed his principles by taking bribes in order to stay silent, as so many others in Mexico did (and still do).

These days President Enrique Peña Nieto cannot silence the media in Mexico as effectively as his PRI predecessors used to. However, with the connivance of several news organizations in the country, he has instead tried to present a Mexico that simply doesn’t exist – one where things are going very well under his leadership. But the incompetence and negligence of his administration in dealing with the disappearance and presumed deaths of 43 students in Iguala have made headlines around the world. President Barack Obama even mentioned the students during a meeting with Peña Nieto on Jan. 6 at the White House. And some independent journalists also continue to follow the story about Peña Nieto’s wife and his finance minister purchasing homes from a government contractor, a huge conflict of interest. Many others have caved due to pressure from the administration.

But Peña Nieto has, so far, failed to completely bury the story: Journalists continue to ask questions, and more influential international media are taking notice. The New York Times, in its coverage of Peña Nieto’s recent visit to Washington, even pointed out that the trip was a “respite” from problems back home, including the “revelations that his wife and finance minister had been buying homes from a top government contractor.”

In times like these, we as journalists should ask ourselves: What would someone like Julio Scherer do? What would a journalist like Elena Poniatowska, who for decades covered social and political issues, and offered us a firsthand account of the massacre at Mexico City’s Tlatelolco plaza, do? They would continue to work, continue to report and continue to seek the truth.

The Italian journalist Oriana Falacci once said that being a journalist was both a privilege and a responsibility. I agree. Journalism requires us to speak truth, no matter the consequences. And while that may cost some of us our lives, as was the case at Charlie Hebdo, staying silent is not our business.

Share
FacebookTwitter
Previous ArticleFlying: an Act of FaithNext ArticleRepublicans: This Is Personal