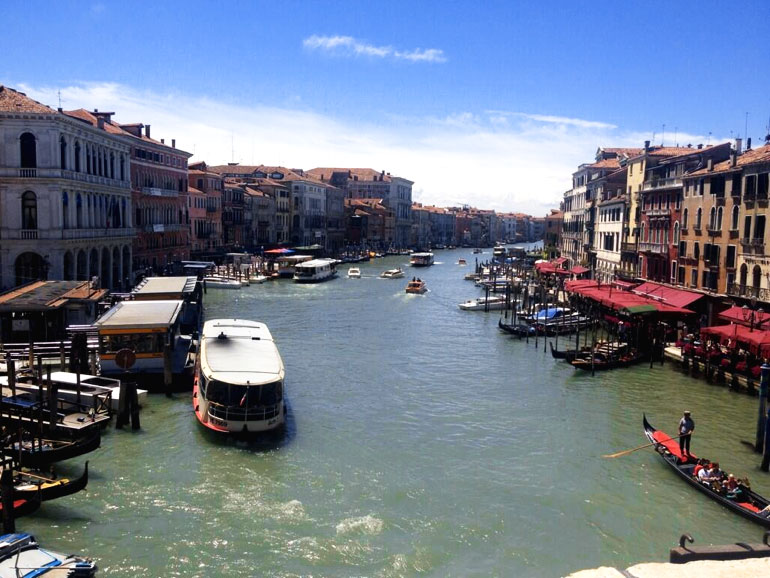 I was strolling across one of this city’s more than 400 bridges when I got a call on my iPhone. I should have ignored it — after all, I was on vacation, walking down some of Europe’s most picturesque streets. Whoever was trying to reach me could leave a message.

But what if the call was urgent? Just like everyone else, that’s what I worry about, and so I usually answer most calls. I pulled the phone out of my pocket. As I slid my finger across the screen to answer the call, the phone slipped from my hand, bounced off my knee and fell into the channel.

When my iPhone sank into the dark water, I felt as though something inside me had just died. My first instinct was to dive in after it. That phone contained my contacts, my photos, my passwords. It was always with me — because of my profession and because members of my extended family sometimes need to contact me, I always sleep next to it (in silent mode, of course).

But the loss of my iPhone turned out to be a lesson in technological liberation. I felt pretty anxious about being disconnected from the Internet and from phone service, but I decided that I would not replace it for the entire week I was in Italy. I concentrated instead on the trip, on myself and on the people who were with me. Within a few days I overcame the withdrawal symptoms and forgot about the device (although in the back of my mind, I knew I’d buy another one eventually).

The vulnerability I felt highlighted the fact that these devices are not simply tools that hold data and transmit information. We are dependent on them, and our lives are intimately connected to their use. They contain so much information about us that as we use them, we leave digital fingerprints wherever we go. This is why it comes as no surprise that modern espionage programs focus on cellphones.

The espionage I refer to, of course, is carried out by the National Security Agency, which, according to a report the British newspaper The Guardian published earlier this month, is gathering massive amounts of data about cellphone use by Americans, whether or not they are suspected of doing anything illegal. And according to another article in The Guardian, the NSA is collecting data on Internet usage around the world. In March alone, the agency gathered 97 billion pieces of data from global Internet networks.

All of this is legal, which means that Congress authorized these secret programs. But the legality of deep surveillance does not justify its use by the world’s leading democracy. One would expect nations like Cuba and China to covertly collect data on their citizens, but not the United States.

While many Americans are outraged at being spied on, some are not (a recent poll found that while 53 percent of those surveyed disapproved of the NSA’s programs, 37 percent approved of them). That is understandable: The fear of another 9/11 is real, and American officials and lawmakers have insisted in recent days that spying on cellphone and computer usage is the most effective way to prevent another terrorist attack. “You can’t have 100 percent security and also have 100 percent privacy and zero inconvenience,” President Barack Obama declared in a speech recently in which he defended the NSA programs. “We’re going to have to make some choices as a society.”

Translation: The government is going to continue to spy on your cellphone and Internet accounts because it’s the best way to protect you.

Simply put, we are witnessing the end of privacy.

In my column last week, I shared my cardinal rule on communications: If I need to say something that needs to be kept truly private, I will not say it over a cellphone, I will not text it and I will not email it. This rule used to sound rather rigid, but things have changed. When the former government information analyst Edward Snowden leaked information about the surveillance programs to The Guardian, he told the world that few secrets can be kept these days. The idea of privacy is now a myth.

I hope that we never see another terrorist attack. The Obama administration thinks that broad cyberspying programs are the best way to prevent them, but I cannot shake the conviction that the government should not be able to meddle in my personal affairs, and that if I am not suspected of any crime, no bureaucrat should be able to access data on my computer.

Losing my cellphone in Venice wasn’t as bad as I expected. While I don’t believe that any intelligence agent would be interested in my blurry photos of Venetian canals or of my one-eared cat, it was nice to stay under the radar for an entire week.

The most important lesson I learned: Smartphones are useful, but in the 21st century, anonymity is the real luxury.