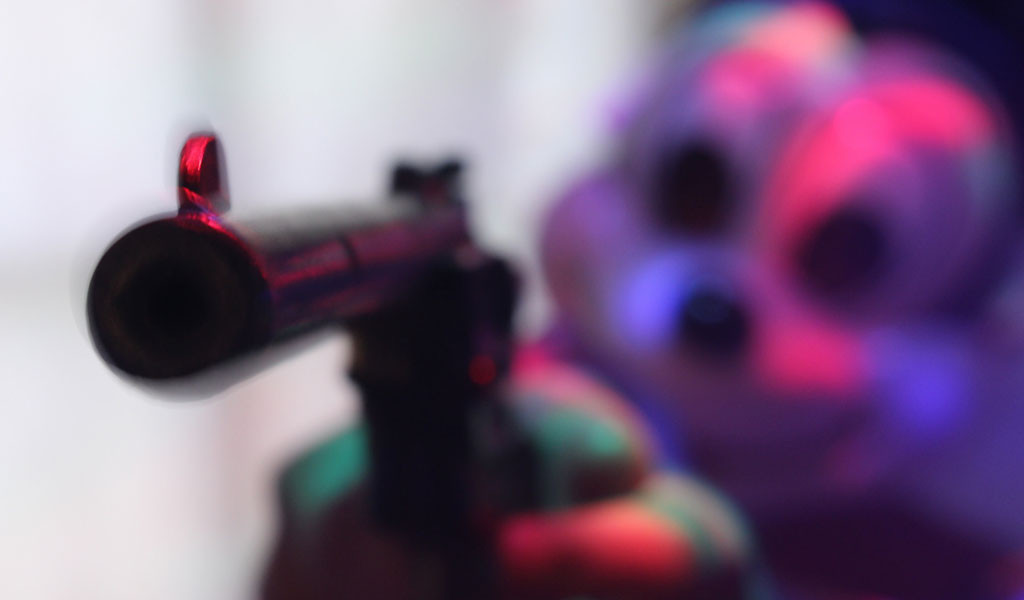 I woke up early, due to jet lag. I sweated my way through a yoga class, paid some bills, wrote a bit, returned some calls, then went to the studio to interview chef José Andrés about the ways that food can change the world. A few hours later, I was on television, reporting on that day’s massacre, this time in San Bernardino, California.

Sadly, it all felt quite normal.

Mass shootings have seemingly become a part of everyday life in this country. The attack in San Bernardino stands out because it was perpetrated by a couple who was radicalized, according to the FBI, and whose mission was to use four weapons to leave behind as many casualties as possible. This time, 14 victims were killed, more than any other mass shooting since 2012. The FBI is investigating it as a terrorist act. But in the end, this is just one more massacre.

“Otra Vez” was the headline in Miami’s El Nuevo Herald the following morning — “once again.” The U.S. has become the country of the massacres. And it will remain so.

“We have a pattern now of mass shootings in this country that has no parallel anywhere else in the world,” President Obama said a few hours after the news broke about San Bernardino. “We should come together on a bipartisan basis at every level of government to make these rare, as opposed to normal.”

But that will never happen. No presidential candidate — not a single one — has even dared to propose drastic curbs on the sale of firearms to the public. Even the most reasonable ideas, such as preventing people on the national no-fly list from buying arms, are quickly rejected by lawmakers in Congress because they don’t want to risk going against the National Rifle Association and other gun advocacy groups.

According to an analysis by The New York Times, in the first 336 days of this year, there were 209 mass shootings, which is defined as a violent event in which four or more individuals die or get hurt. This year alone, 462 people have been killed, and 1,314 have been injured in mass shootings in the United States.

These numbers are staggering, but when it comes to guns, logic doesn’t seem to apply. Logic would say that if arms were less easily available, there would be fewer massacres. No matter how many mental health issues a person might have, no matter what warped ideology someone subscribes to, the harm that he could inflict upon innocent victims would be very limited if he didn’t have access to weapons or explosives. Look at Japan, for instance: It’s very hard to buy rifles and pistols there, so, logically, there are no massacres.

This debate over the availability of guns should have ended after 32 people were killed at Virginia Tech in 2007. But it did not. It should have ended in 2012, after 20 schoolchildren and six teachers were killed in a school in Sandy Hook, Connecticut. But, again, it did not. On the contrary, some gun advocates suggested that teachers should be arming themselves after that massacre.

Simply put: The U.S. is a nation besieged by mass shootings, yet officials don’t dare do anything about it. And now, these massacres have become so frequent that we already know the ritual by heart. After the shootings, there is an intense search for the shooters and an understanding of their motivations; then we learn the stories of the victims; the president speaks on national television; politicians promise changes; burials take place; and the tragedy disappears from the media, all in a couple of weeks.

Meanwhile, fear and anxiety are becoming more commonplace in America. Going to a movie theater in Aurora, Colorado, or to a church in Charleston, North Carolina, or to an office party in San Bernardino, California, should not be a death sentence. But it was for dozens of Americans who live in a country where buying a gun is easier than getting some drugs without a prescription.

For me, reporting about a massacre almost every day feels normal. Only the places and the numbers of victims change. So when a tragedy takes place, all I can do is hope that I won’t need to include the name of someone I know when I talk about those who were lost.