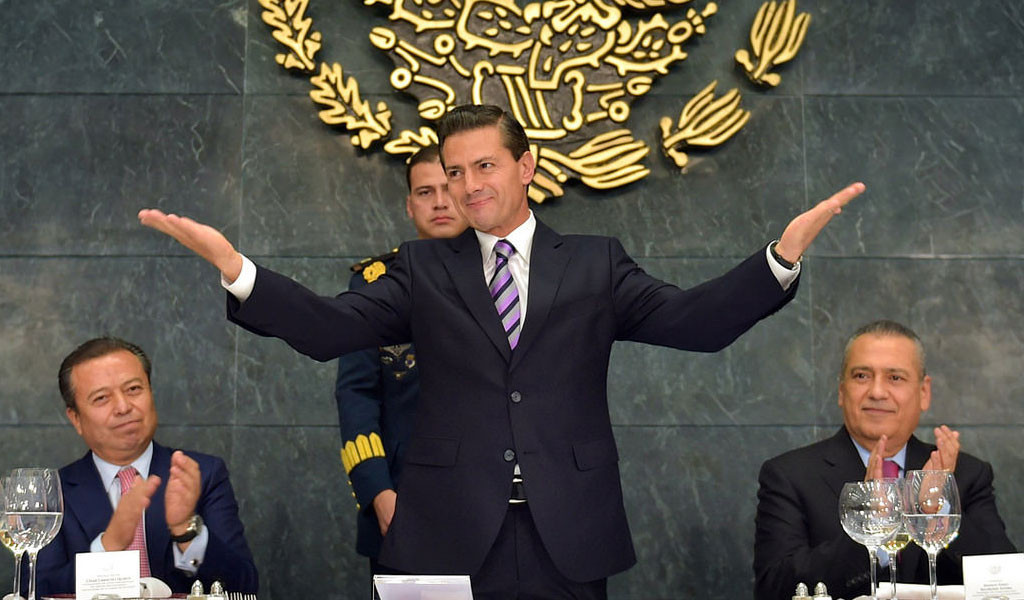 That’s why the publication of a new book, “La Casa Blanca de Peña Nieto” (or “Peña Nieto’s White House”) is so remarkable. Its authors have fearlessly pursued the truth and used their findings to challenge the integrity of a sitting president.

Mexicans have long suspected that their presidents and former presidents use their offices and contacts to benefit themselves financially. It doesn’t go unnoticed when presidents who have left office acquire lavish homes and luxury goods, or travel like princes. But evidence of their wrongdoing is usually elusive. Until now.

The authors of this new book — journalists Daniel Lizarraga, Sebastian Barragan, Rafael Cabrera and Irving Huerta — conducted extensive research into the purchase of a modernist white luxury home by President Enrique Peña Nieto’s wife, Angelica Rivera, in 2012. They have no doubt that conflicts of interest, corruption and censorship abound within Mexico’s highest office.

The authors document that Rivera, as Mexico’s first lady, purchased the home, worth $7 million, from Grupo Higa, a contractor with ties to the Mexican government. According to the authors’ investigation, subsidiaries of Higa were awarded bids worth some $660 million (in 2012 dollars) when Peña Nieto was governor of the State of Mexico, from 2005-2011. Higa still has active Mexican government contracts worth tens of millions of dollars, including ones for the construction of a highway and an aqueduct.

According to the authors, the company built and financed Rivera’s home for $4.5 million, significantly below market value for the tony neighborhood of Lomas de Chapultepec in Mexico City, based on at least two independent appraisals. However, the authors write that Rivera didn’t have to make any payments on the property for about two years. “No down payment, no payment in advance,” the authors wrote. “What citizen enjoys such benefits?”

Rivera and Peña Nieto have denied wrongdoing, and brushed off accusations that Rivera got a special deal because of Peña Nieto’s influence. After the story about the home came to light last year, Peña Nieto appointed Virgilio Andrade, his government comptroller, to conduct an official inquiry. Months later, Andrade announced, unsurprisingly, that he had found no evidence of corruption. Of course, this inquiry hasn’t lifted the cloud of suspicion surrounding Peña Nieto.

Did the president and his wife get a house in exchange for government contracts? I recently interviewed two of the book’s authors, Lizarraga and Barragan, and asked them if that was the case. “Yes, this is the core of our report,” said Lizarraga. “If this isn’t influence-peddling, what is?”

Dogged by questions related to the “white house” (Rivera recently sold her stake in the property), Peña Nieto has suggested that Mexicans are simply misinterpreting the facts. “I am aware and acknowledge that certain interpretations of these events have … outraged many Mexicans,” he said during a speech in which he apologized. But who can blame ordinary citizens for suspecting that this deal was rotten?

The four authors were part of a team led by fellow journalist Carmen Aristegui, who first broke the story about Peña Nieto’s white house last year. Earlier this year, Aristegui was abruptly fired from her hugely popular radio show, reportedly over an issue with her contract. But she and her team suspect that her ouster was the Peña Nieto administration’s attempt to punish and silence them for reporting this story. “I think they didn’t want people to know about the existence of this house,” Lizarraga told me during our discussion.

Has the administration succeeded in silencing them? “No,” Barragan told me. “We’ll keep working, and there soon might be a reboot of [Aristegui’s] team. … I can assure you that we’ll put out new information soon.”

History is implacable. When Peña Nieto leaves office in 2018, he’ll be remembered for his failures: the 43 missing college students from Ayotzinapa, a tragedy that remains unexplained; by the prison escape of El Chapo, one of the world’s most notorious criminals; and by the white house that ruined what was left of his reputation.

After his tenure is over, Peña Nieto will understand that nothing is sadder or lonelier than a young ex-president who is constantly reminded — in public and on social media — that he was caught red-handed. He sold his reputation for a house, and he won’t be able to whitewash that.

(P.S.People ask me why I keep writing about this issue. My answer continues to be that journalists abroad should do all we can to support our fellow journalists who put their lives on the line every day in Mexico. My interview with the book’s authors can be seen here.)