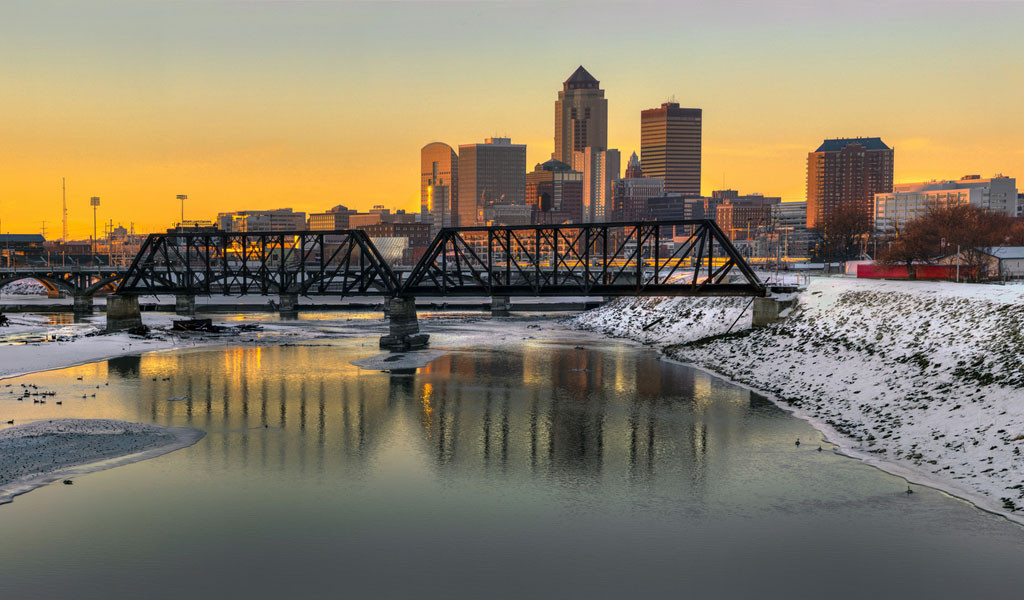 When the plane’s doors opened after we landed in Des Moines, a frigid draft blew through the cabin. I checked the temperature on my phone: zero degrees Fahrenheit. As someone born in Mexico and tempered in Florida, I felt almost frozen.

Iowa winters are brutal — especially for the presidential candidates who are crisscrossing the state trying to secure votes ahead of the Feb. 1 Democratic and Republican caucuses. These hopefuls are likely to get only a few hours of sleep every night after spending chilly days greeting strangers, eating poorly and delivering so many stump speeches that they sometimes forget who their audience is. And if running for president is the toughest job in Iowa these days, the second toughest is being a political reporter chasing the candidates around.

There are not too many reasons for most Americans to come to Iowa in winter — other than, perhaps, to see the covered bridges in Madison County, which a book and a Meryl Streep movie helped to make famous. But the heartland state is the first to cast ballots in the presidential primary system, and next week voters will gather at 1,681 precinct caucuses to choose their nominees. So every presidential candidate is compelled to attend this electoral ball. History teaches the benefit of striking early (no matter how cold it is outside): Jimmy Carter, George W. Bush and Barack Obama were victors in Iowa and went on to win the White House.

Geographically and ideologically, Iowa sits near the center of the country. According to a recent report in The New York Times, “Iowa as a whole is essentially white, working-class and right of center.” The state actually ranks 24th out of 50 when it comes to the number of conservatives living there.

I didn’t exactly have an easy time when I first went to Iowa last year. The Republican candidate Donald Trump expelled me from a press conference in Dubuque because I was trying to ask him a question. After a Trump bodyguard escorted me from the room, a Trump supporter outside yelled, “Get out of my country!” This, of course, was a strange insult, given that I am an American.

However, during that visit I also came to understand the real fear that many immigrants face in this country. A Hispanic teacher in Dubuque told me that families of undocumented immigrants preferred to go shopping at night because they were so afraid of being deported. In the dark, after all, neither immigration authorities nor xenophobes can immediately make out someone’s skin color.

Now, I don’t want to make a blanket judgment here. What that clueless bigot said outside of Trump’s press conference doesn’t reflect the truly kind and open character of the Iowans I have met. “Things here are very quiet,” Marcelo, a man who was born in Chile but calls Des Moines home, told me. “If there’s a murder, that’s the story on every newscast.” If such an act of violence is so rare that it causes collective trauma, Des Moines must be a caring city.

But while Iowa might be a pleasant place to live, it’s also an electoral mystery. The eyes of the country have been fixated on the state during every presidential election cycle since 1972, when Iowa became the earliest to hold caucuses. Since then, the wishes of Iowa’s more than 3 million residents have become somewhat of an obsession for a country with a population of more than 320 million. What do Iowans want? We’ll just have to wait and see.

But, you might ask, why not have every state hold primaries on the same day? That would be too easy. The nation won’t dare to break with this tradition.

So politicians will continue to spend their days trying to understand Iowans’ mindsets. And I’m sure that we will see some of them skidding on the ice after the votes are cast.