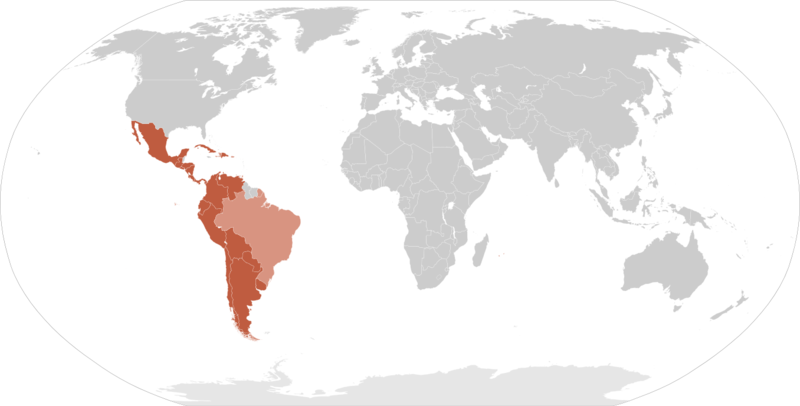 If you gather five people of Latin American descent living in the United States and ask each to describe his ethnic identity, they will name a variety of cultures, races, origins and designations.

So what should we call ourselves? Hispanic? Latino? Spanish? These days, it’s virtually impossible for anyone to settle on one label. Take my son, for example: He is a Puerto Rican-Cuban-Mexican-American, though he generally just describes himself as a Miami-born American who prefers to speak English. I, however, identify myself as a Mexican-born immigrant to the United States who holds two passports and dual voting rights, and who prefers to speak Spanish.

So the labels “Hispanic” and “Latino” just don’t cut it, nor do most other attempts to come up with one standard name for people who migrated, or whose forefathers migrated, to the U.S. from that complex collection of nations and cultures. The Pew Hispanic Center made this point earlier this month in a study titled “When Labels Don’t Fit: Hispanics and Their Views of Identity,” which found that about 51 percent of Hispanics nationwide prefer to identify themselves according to their family’s nationality — Mexican, Cuban, Dominican, Puerto Rican, for example — as opposed to using “pan-ethnic” terms. (The study is available at: bit.Ly/HfQAGo.)

To a greater extent than some immigrant groups who arrived before us, we Hispanics have managed to maintain many of the customs and cultural traditions of our native countries, including religious observations and holiday celebrations. The primary trait that unites us is, above all, the Spanish language. Ninety-five percent of Hispanics surveyed by Pew believe it’s important that future generations be able to speak Spanish (though 87 percent of us also believe that for Hispanic immigrants to succeed in the U.S., they must learn how to speak English).

The term “Hispanic” may have been useful at its inception, but no longer. The U.S. government implemented this umbrella term in the 1970s, in response to an increase in our numbers brought about by an influx of immigrants from Latin America after World War II. Today, being labeled “Hispanic” is for many of us akin to being saddled with a name you don’t particularly like. (I certainly know what that feels like — I was christened “Jorge Gilberto,” but I hate “Gilberto” and never use it.)

So can we change our collective given name? And to what? Jesse Trevino, a Texan author, journalist and former White House speechwriter, believes we can. “For me, `HispanicLatino’ suffices,” he wrote on his website, HispanicLatino.com, where he is gathering support for a name change. “It fits all, combines all. Indeed, the future might well demand that we become more HispanicLatino and more American simultaneously.”

However, the problem is whether we can all agree on the term. We came here from many different countries for many different reasons, so we are hardly a homogeneous community. Indeed, we have much in common, but we are also divided. Politically, Hispanics with roots in Mexico or Central America are generally concerned about immigration issues and tend to lean Democratic, while those with Cuban roots tend to support Republicans and the party’s generally tough stance against the Castro regime. And though we may all speak Spanish, small, common variations in the language mark divides. For example, say the word “guagua” to a Cuban and you mean “bus,” though to a Chilean it means “baby.”

The need for specificity beyond a generic term is also becoming more necessary with regard to assumptions made in the media about ethnicity. Look at the news reports after the death of Trayvon Martin, the 17-year-old Florida boy shot to death by George Zimmerman, a member of a neighborhood watch who says he was acting in self-defense. Zimmerman was first identified as a white male, then as a Hispanic male. Now the media often describes him as “white Hispanic,” since his mother is of Peruvian descent. No, “Hispanic” is not enough. As the Pew study rightly concludes, the current labels are virtually useless. But another 40 years may have to pass before we can come up with an adequate solution.