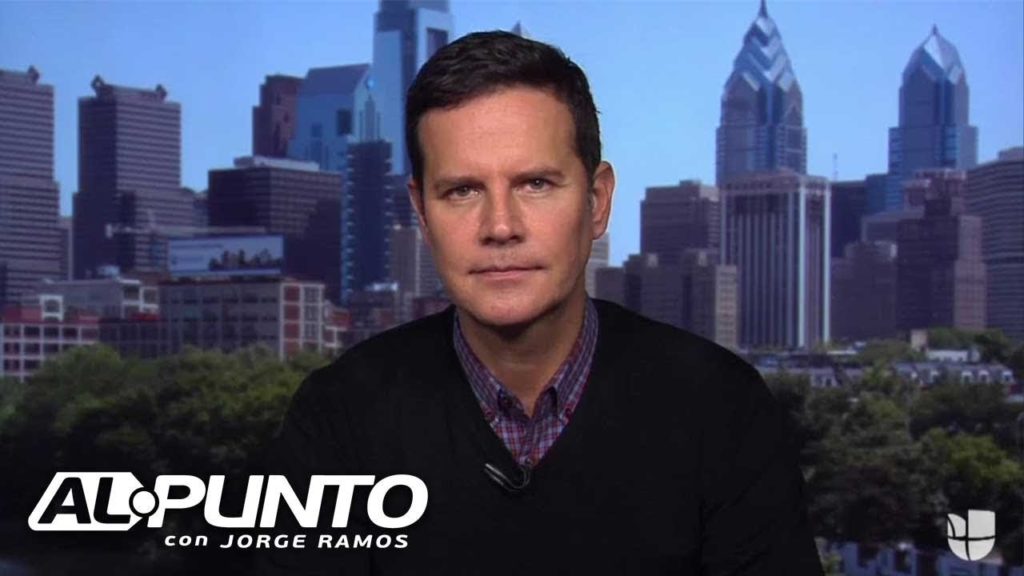 “I was abused when I was in school,” Juan Carlos Cruz, a Chilean journalist, told me in a recent interview.

“There were many others, too. … This priest [Fernando Karadima] had been sexually abusing kids since 1958. He was such a revered man back then. He was described as being almost saintlike. When my father died, I was devastated and was told to go see him because he would help me. And soon after that, the abuse began.”

When Pope Francis came to Chile in January, Cruz wanted to tell him about Karadima, and he wanted the pontiff to know that Juan Barros, a Chilean bishop, had known about the abuse and did nothing, according to other victims’ claims. But the pope would have none of it, and defended the bishop. “The day that someone brings me proof against Bishop Barros, then I will comment,” Pope Francis said in January while visiting Iquique, Chile. “But there is not one single piece of evidence. It’s all slander.”

The pope was seriously mistaken that day.

“He said we were slanderers, and that was extremely painful to me,” Cruz told me. “Look, within the church, there has been a culture of abuse and cover-up. Having experienced both, I can tell you that the amount of abuse is enormous. … But then, the people who should help you, who should protect you, slap you in the face. They destroy your reputation to protect their institution.”

Pope Francis’ visit to Chile was not as successful as organizers, or the pontiff himself, had hoped. That may have led him to reconsider his stance, because after going back to Rome he assigned two priests to lead an investigation into the allegations coming out of Chile. These priests talked with Cruz and almost 70 other people. In April, they delivered a 2,300-page report to the Vatican that was extremely critical of the Catholic Church’s leaders in Chile. After a three-day meeting with the pontiff in May, all of Chile’s 34 bishops offered to resign (he has so far accepted three resignations, including that of Barros).

But the pope also did something surprising, and very personal. He invited Cruz, and two other victims of abuse, James Hamilton and José Andrés Murillo, to his residence in the Vatican for a week so that he could speak with them. Since 2010, all three men have spoken out about abuse and its concealment within the church in Chile.

“I spoke to the pope, personally, as though I had known him my entire life,” Cruz told me. “I told him, without reservation, all I wanted him to know.”

After several conversations with these men at the Vatican, Pope Francis apologized. Cruz recounted the pope’s words at a news conference in Rome in May: “Juan Carlos, I want to say that I am sorry about what happened to you, as the pope, and also apologize on behalf of the church. I was part of the problem, and that’s why I’m apologizing.”

The day that I spoke with Cruz, he said he was particularly touched. The pope had just sent a blunt letter to church officials in Chile in which he noted that he was finally on the side of the victims. “I hope this culture of abuse begins to change,” Cruz told me. “I want this to be a model for abuse victims.”

The problem, however, is that neither the pope’s letter nor his apologies have changed anything. While the Vatican did order him in 2011 to spend his life in “prayer and penance,” Karadima is not in jail. Nor are the priests who concealed these crimes.

Perhaps the pope will surprise us again. We’ll be waiting, because what Pope Francis has done so far is not something that can be called justice. Meanwhile, shining a spotlight on the church’s abuse and concealment should be done in other Latin American countries with histories similar to Chile’s.

Even though Cruz had the courage to speak out, he told me he doesn’t consider himself a hero. “My friends don’t consider themselves heroes either,” he said. “What we did right is persevere. When our reputation was being destroyed, we kept on fighting.”

At the end of our conversation, I asked him if he still believed in God.

“I am still a Catholic,” he said. “The relationship you have with God is the most personal one you will have in your entire life. Nobody can take that from you.”

Watch my interview with Juan Carlos Cruz in Spanish here:

Share
FacebookTwitter
Previous ArticleWhere Are the Children?Next ArticleNicaragua: Time’s Up