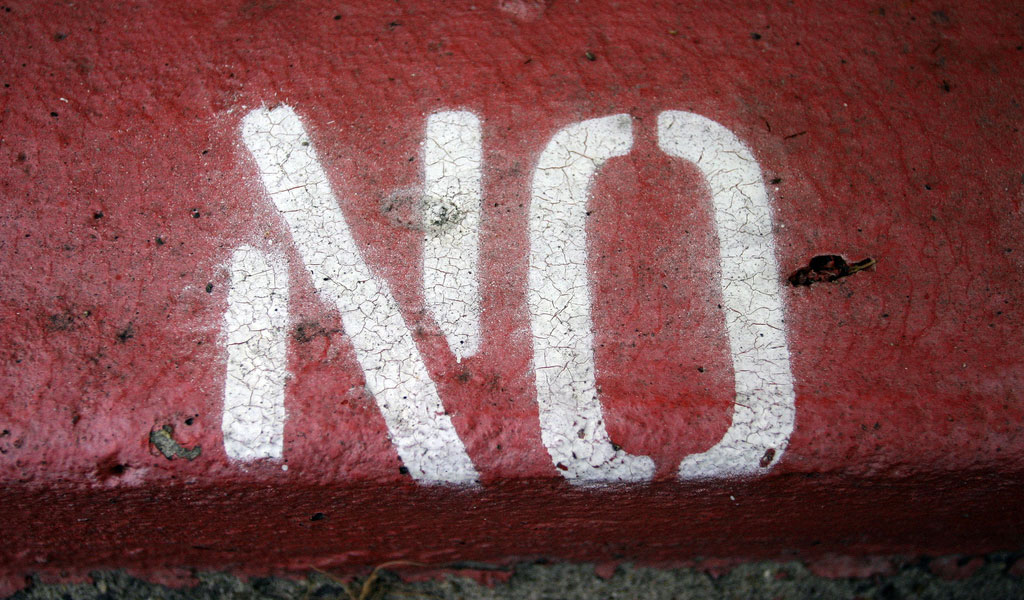 “No” is the strongest word in any language.

It implies a halt, a cessation – an insistence that enough is enough. Lately, “NO,” all capitals, can be found on signs everywhere in demonstrations against President Enrique Peña Nieto in Mexico, and in widespread protests against racial discrimination in the United States.

Bitter outrage after the killings of two unarmed African-Americans by white police officers – Michael Brown in Ferguson, Missouri, and Eric Garner in New York City – have culminated in ongoing demonstrations from coast to coast following the decisions of grand juries in both cases against indicting the officers on criminal charges. Thousands and thousands of Americans have taken to the streets in recent weeks to make their voices heard about what they see as an injustice.

As I’ve written before, the election of the America’s first black president didn’t usher in a post-racial era in our country. Sadly, skin color still matters. I was struck by what Spike Lee told me in an interview recently: that even he, a famous director, and practically a New York icon, feels discriminated against, and that he sometimes has a hard time hailing a cab in the city.

Another striking statement came from New York City Mayor Bill de Blasio earlier this month. After a grand jury declined to indict an officer in the death of Garner, the mayor said at a news conference that he worries about his own son, Dante, who is biracial. “Chirlane and I have had to talk to Dante for years about the dangers that he may face – good young man, law-abiding young man, never would think to do anything wrong, and yet because of the history that still hangs over us, the dangers he may face,” de Blasio said. “Is Dante safe each night? There are so many families in this city who feel that each and every night. Is my child safe? … Are they safe from the very people they want to have faith in as their protectors?”

People in Mexico are just as outraged and frustrated, though their rage is focused on their national leader. Millions of Mexicans, in the streets and on social media, are demanding that Peña Nieto resign due to his ineffectiveness in quelling violence in the country and for what many consider to be questionable dealings involving a house owned by his wife that was built and financed by a government contractor.

Since Peña Nieto took power two years ago, more than 31,000 Mexicans have been killed, according to official data. Recently, the kidnapping and presumed deaths of 43 college students from Ayotzinapa – along with the president’s slow, detached reaction – demonstrate Peña Nieto’s clumsiness and negligence. No, Peña Nieto isn’t directly responsible for the students’ deaths, but his failed policies facilitate these kinds of horrific crimes.

Meanwhile, the issue of the Mexico’s “white house” remains unresolved weeks after it came to the attention of the public, and the spotlight on the issue is getting brighter. “A contractor who built and holds the title to President Enrique Peña Nieto’s family home has won a series of high-profile government contracts since the Mexican leader came to power two years ago,” reported The Wall Street Journal earlier this month. The Journal went on to detail the involvement of Grupo Higa SA in the construction of a $3.4 billion waterway, a $460 million museum in Puebla, as well as in the renovation of the presidential hangar at Mexico City’s airport, among other contracts. (The Journal’s story can be read here: on.wsj.com/11WosHz.)

The president’s conflict of interest is obvious. But is it too much to ask that an independent investigation be conducted, and that a complete list of all government contracts awarded to this corporation be made public? The people say no, and they will continue to insist.

Faced with this suspicion of influence peddling, combined with a deep sense of insecurity in the country, Mexicans have been driven to the streets. No, they will not accept their situation, and no, protesting won’t be enough to change things, but it’s a start. It’s a symbol.

In her beautiful book, “A Man,” the late journalist Oriana Fallaci wrote how Alexandros Panagoulis, a leader of the resistance against Greece’s dictatorship in the 1970s, showed her three large letters carved on a hill in the Peloponnese region: “OXI”, Greek for “no,” put there decades ago by rebels fighting fascism and the Nazis. Fallaci called that symbol of resistance “the most beautiful monument to human dignity.”

The protests both in Mexico and the United States have been expressions of discontent and despair. It’s possible that nothing will change in Mexico, and that racism and injustice will continue in America.

But every change begins by saying no. We don’t know what’s next, but we know that we won’t stand for what we have now.