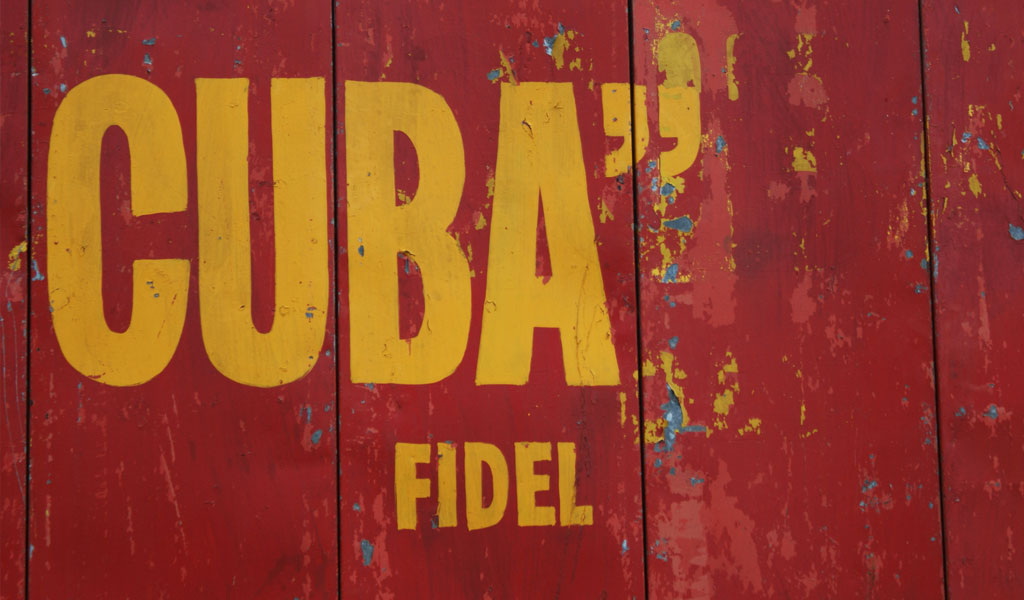 Here in Miami, Fidel Castro is killed by word of mouth several times a year.

Just a couple of weeks ago, I read on Twitter that the former Cuban dictator had died, and that soldiers were patrolling the streets of Havana, trying to keep order. But a few days later, the 87-year-old Castro appeared in a photograph with a daughter of Hugo Chávez, the late former president of Venezuela.

I’ve lost count of how many times Castro has died and come back to life in
recent years. But sooner or later, news of his demise will be true.

It is no secret that major media outlets in the United States have already
prepared obituaries and begun planning their coverage of Castro’s death. Many of
the articles will likely center on the notion that “Castrismo” in Cuba can’t
survive without Fidel Castro and that democracy just might have a chance to
flourish on the island once he is gone. But Castro’s demise wouldn’t necessarily
portend the demise of his ideas. Many people thought that “Chavismo” would die
right along with Chávez, but his successor, Nicolas Maduro, has proved that it’s
possible to maintain an authoritarian ideology even after a leader dies – and
even if it leads the country into ruin.

Still, the case of Cuba might be different. Fidel’s brother, Raul, is in
charge these days, and the Castros’ experiment with communism seems to be dying
a slow death. Capitalism has gradually sneaked onto the island, and Cubans can
finally travel abroad, if they are allowed a visa. And no matter how hard the
Castros try to block access to the Internet and television, Cubans are finding
ways to circumvent the prohibitions.

For the past 20 years, the Cuban regime has sought recognition from the rest
of the world as a legitimate government. But the message from other countries
has been clear: A dictatorship is a dictatorship is a dictatorship. When the
Soviet Union collapsed in 1991, the Castro brothers had the rug pulled out from
under them. In the absence of their powerful benefactor, they tried approaching
the U.S. government as early as 1994 to discuss the possibility of normalizing
diplomatic relations. At the time, Czechoslovakia, Poland and several other
countries in the Soviet sphere had left communist totalitarianism behind, and it
seemed likely that Cuba would be the next to fall.

In September of that year, during a lunch on Martha’s Vineyard, Mass., at the
home of the American novelist William Styron, President Bill Clinton resisted
pressure from Styron, the Mexican author Carlos Fuentes and the late Colombian
Nobel laureate Gabriel García Márquez to re-establish relations with Cuba,
according to a recent op-ed in The New York Times by the movie producer Harvey
Weinstein, who was also in attendance. Clinton would not budge.

In fact, Clinton told me that, contrary to a rumor that has been circulating,
García Márquez, a longtime friend of Fidel Castro, did not try to directly
broker a meeting between Castro and American officials.

García Márquez did, however, become an informal channel of communication
between the two countries. Clinton’s chief of staff, Mack McLarty, wrote in the
Miami Herald this month that in May 1998, García Márquez visited McLarty at the
White House to deliver a confidential message from Fidel Castro: The Cuban
strongman was willing to cooperate with Americans on investigations related to
terrorism.

That didn’t open doors to more dialogue, though. The Cuban-American community
in South Florida, which enjoys significant political clout, would not stand for
any move toward lifting the American trade embargo on Cuba. It was unthinkable
for anyone in Congress to cross them in 1990s – and it remains unthinkable
today.

Then, after Cuban jets shot down two aircraft from the Florida-based
nonprofit Brothers to the Rescue in 1996, the regime became even more isolated
internationally. The U.S. and Europe emphasized that there would be no
possibility of a relationship with Cuba until the regime’s human rights record
improved, the political system was democratized and dissidence was tolerated.

None of that happened, of course. Cuba in 2014 remains one of the world’s
most isolated nations, and the Castro brothers remain dependent on their old,
but well-oiled, machine of repression. But time has worn the Castros down, and
the regime is reaching its limits. I wouldn’t dare predict a quick end to the
Castro era – through the years, similar predictions have been as plentiful as
the rumors of Fidel Castro’s death. But real change is coming, and it won’t
require the death of a dictator.

Besides, dictators shouldn’t die in power. They should die in jail.