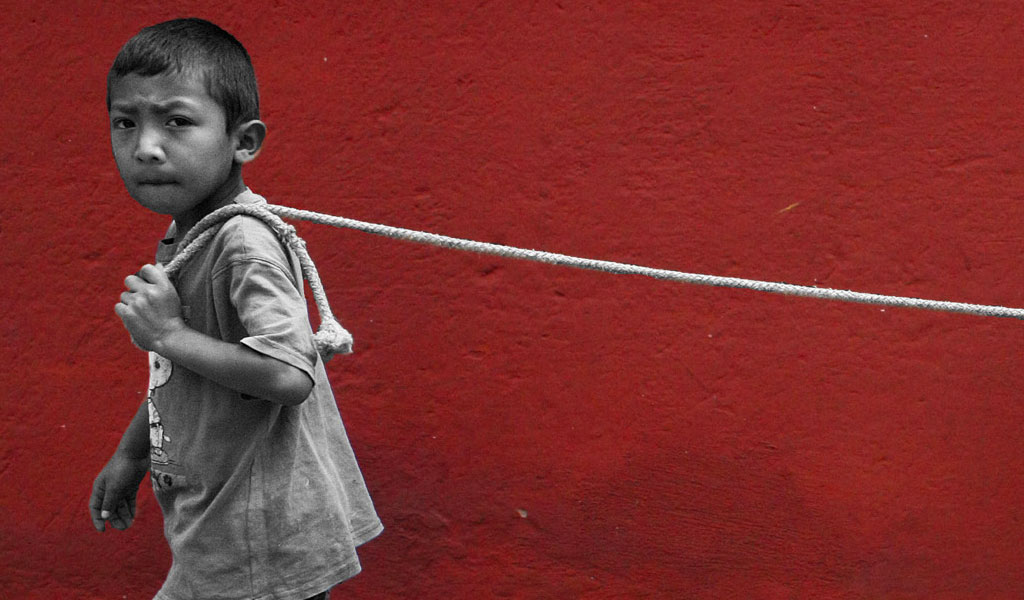 Thousands of children from Central America, most unaccompanied by a parent or relative, have crossed into the United States in recent months, and the American authorities have been caught unprepared.

Where should we send them? To their parents, many of whom are themselves
undocumented immigrants living in the United States, or back to their relatives
in their home countries? Immigration officials are scrambling to find answers.
As we look for a solution, let’s resolve to leave politics aside and recognize
that these are children in crisis. Let’s keep them safe and care for them while
we figure out the best way forward.

In the past year, immigration authorities have detained about 24,000
children, mostly from El Salvador, Honduras and Guatemala, after they crossed
the U.S.-Mexico border. The Obama administration estimates that as many as
90,000 more could arrive this year.

Why are so many making this treacherous journey?

These children are refugees, fleeing poverty, gang violence and crime.
Honduras, for instance, has one of the highest homicide rates in the world. For
many of these children, escape is about survival.

Often while one parent tries his or her luck in the United States, the other
parent or another relative cares for the children in their home country. As soon
as they can, the parents bring their children north – or sometimes the children
embark on the journey on their own.

This was the case with Jose Andres. The 15-year-old stayed in Honduras with
his grandparents after his mother moved to Miami last year. A few months ago,
Andres called his mother, Marlen Mena, and told her that he, Mena’s brother and
a few friends were going to cross into the United States. Afterward he would
make his way to Miami and join her. Eventually, Mena’s brother called and said
that he and Andres had been detained at the U.S.-Mexico border, and that they
had been separated.

When I interviewed Mena, she had been waiting for more than two weeks, and
hadn’t yet received word from the authorities about her son. She arrived at
Univision’s studios clutching a picture of Jose Andres. She explained that he
had left Honduras without her blessing. “I told him that I didn’t want him to go
through the same things other kids are going through,” she told me. But her son
would not listen and left anyway.

Mena told me something that the White House is uncomfortable acknowledging:
The United States government does not deport children. “This is what is talked
about in Central America,” Mena told me, “that children, minors aren’t
deported.”

This is true. The government has an off-the-record policy of not immediately
deporting unaccompanied children when they are detained at the border, and word
about this policy has traveled south. The hope that the children can find safety
in the United States, combined with the fact that violence and poverty are on
the rise in many Central American nations, is fueling the exodus north. In
addition, Congress’ failure to agree on immigration reform legislation has
accelerated many undocumented immigrants’ plans to bring their children into the
United States, in case the rules change or border security gets tighter.

These parents know that President Obama’s immigration policies are focused on
removing undocumented immigrants with criminal records, so they are confident
that their children won’t face deportation once they arrive in the United
States. And since the government has provided protection against deportation to
more than a half a million “Dreamers” – undocumented residents brought to the
U.S. as children by their parents – the new arrivals hope that they will be
treated the same way.

Basically, any minor from a foreign country who touches American soil will
certainly stay in this country. This is the reason that newly arrived children
don’t even try to hide; they cross the border and surrender to the first Border
Patrol agent they see. After all, would an American judge send a child back to
El Salvador or Guatemala unaccompanied if his parents were already living here?

This situation is similar to the Mariel boatlift crisis in 1980, during which
more than 125,000 Cubans arrived on American shores and were welcomed with open
arms. The only difference is that today’s young refugees are arriving on foot.

These children have arrived in this country after facing many hardships on
the dangerous and traumatic journey north, and they must be reunited with their
parents. We have to treat them as if they were our own.

This is a humanitarian crisis, and it warrants a humanitarian response.
(P.S.: Marlen Mena recently told me she found her son, Jose Andres. After
crossing through Mexico with his uncle, he was arrested in Texas and sent to a
detention center in Chicago. She hopes to be reunited with him soon in Miami.)