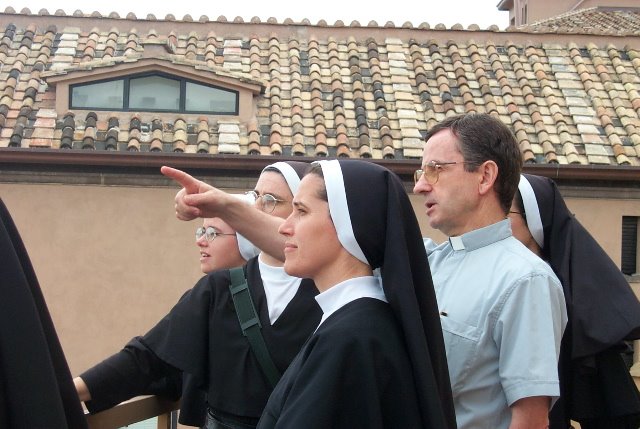 The pope and his men in the Vatican never fail to surprise me. I often marvel at their obsession with what goes on in other peoples’ bedrooms — and at the extraordinary amount of effort they devote to controlling the sex lives of the Catholic faithful.

Yes, the church wants to control even that.

So, according to the men who issue rulings on people’s personal lives from the plush halls of the Vatican, experiencing any sexual pleasure without one’s spouse is sinful.

Ironically, the Vatican’s attack on the book, which was written six years ago and is not widely available in bookstores, is drawing attention to it. On June 5 The Washington Post reported that sales of the book were ranked at 142,982 on Amazon.com. A day after the Vatican’s critique was released, the book rose to number 16.

But racking up sales was not the author’s intention. In her book, Farley merely acknowledges ordinary Catholics’ demand for change regarding the church’s rigid notions of sexual morality. Rather than pay attention to the opinions of laypeople, officials at the Vatican prefer to go on the attack.

Farley’s reprimand comes a couple of months after the Congregation for the Doctrine of the Faith criticized the Leadership Conference of Women Religious, a group of more than 1,500 American nuns, saying in an official report that the group had “serious doctrinal problems” and accusing the nuns of promoting an agenda of “radical feminist themes incompatible with the Catholic faith.” These “radical themes” include supporting the rights of gays to be married and asking why women are forbidden to become ordained priests. Indeed, it looks like the church still considers the idea of equality to be radical.

But the real problem is that these women are questioning the Catholic Church’s structure, which was founded on the assertion that only men should be in power and make decisions, that only men can judge what is or is not moral. In its assessment of the nuns’ group, the officials even chastised the women for challenging the views of Catholic bishops “who are the church’s authentic teachers of faith and morals.”

This attack is unfortunate because the Vatican ought to include women’s voices within its highest ranks. Rather than instinctually condemning women’s views, officials should listen to them.

After all, with the thousands of cases that have surfaced around the world of priests sexually abusing minors, isn’t it clear yet that the Vatican’s main problem is men, not women?