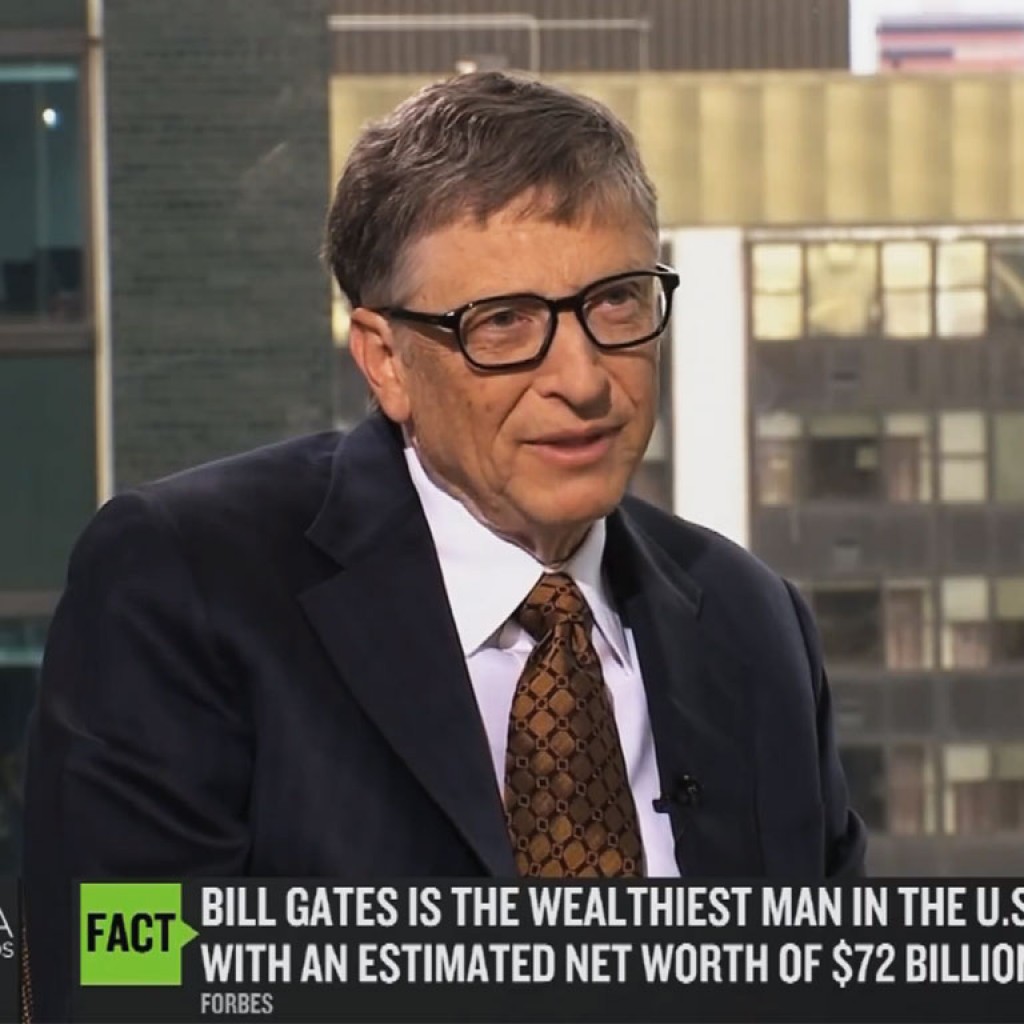 NEW YORK – Bill Gates, the co-founder of Microsoft Corp. and one of the richest men in the world, is an optimist.

In fact, when I interviewed him recently on a very cold morning in New York, he was eager to share some good news: Despite what you may have read or heard in the media, the world is a better place now than it was years ago, and things are going to get better
still.

Gates amassed his private fortune by building some of the most popular
software in the world at Microsoft. These days, while he retains the title of
chairman at Microsoft, he devotes most of his time to the Bill & Melinda Gates
Foundation, the philanthropic organization that he and his wife run.

I started our discussion with the question that is on everyone’s minds when
they first meet him: How much money does he have? More than $70 billion, Gates
told me, and throughout the years he has donated $28 billion to health,
education and anti-poverty programs around the world. And he is far from
finished: He plans to give away almost every dollar before he dies. “My kids
have had a great education, and we will be generous with them,” he told me, “but
the money belongs to society, and we will try to invest in breakthroughs and
programs that really help the world.”

I asked whether his philanthropic efforts have been successful, and Gates
pointed to the achievements of programs that immunize children against disease
in poor countries. “The work that we have done has saved over 8 million lives,”
he told me, “by inventing new vaccines (and) helping those vaccines get
delivered to very poor children.”

Gates’ critics often contend that he’s throwing money away by focusing so
much on poorer countries, which are often led by dictators. They say that few
long-term economic benefits will result from Gates’ grants after corrupt leaders
take their cut – that he’s simply a good guy wasting his fortune. He disagreed,
of course, and told me that although he expects that corrupt officials will
siphon some money off, the majority is well spent, since the programs he funds
have such an impact.

“I’ve come into this with total freedom to give the money in any way that I
want,” he said. “I’m a big believer in analytics and measurements, and I’ve gone
in and looked into these health and agricultural programs, and I’ve decided this
is the best money spent, even though a very small percentage – maybe 2, and in
some cases as high as 5 percent – will be corruptly misdirected.”

Gates is also increasingly optimistic about economic progress in the world’s
poorer nations. He offered this prediction earlier this month in his
foundation’s annual letter: “By 2035, there will be almost no poor countries
left in the world.” Although the media focuses on tragedy and strife, he
believes that poor countries are making headway: Just look at all the options
now available at supermarkets in those countries, he said, or at how many more
people have better access to drinking water, medicine and new jobs than they did
a couple of decades ago.

“If you just look at the headlines, of course, you’re hearing about the
setbacks – the natural disasters, the unrest and things,” Gates said, “but in
fact, year by year, what was a very divided world, with very few rich countries
when I was born and mostly poor countries, now most of these countries have
moved up.”

I also asked Gates about religion. He is agnostic, and said he would be
“pleasantly surprised” if he found himself rewarded in the afterlife for helping
so many people. “The choices I make about helping people are not based on some
views of the hereafter,” Gates told me. “Here on Earth, there’s a lot of lives
we can uplift . we’re making a lot of progress.”

At 58, Gates remains a young dreamer, certain that he can help make the world
a better place. Since he has focused his philanthropic efforts on initiatives
that can actually make a difference in people’s lives, he is at the very least
providing a brighter future for millions by donating his billions.

In other words, Bill Gates is building us a small piece of heaven. Share
FacebookTwitter
Previous ArticleEating Ourselves to DeathNext ArticleLiving Together, Yet Worlds Apart