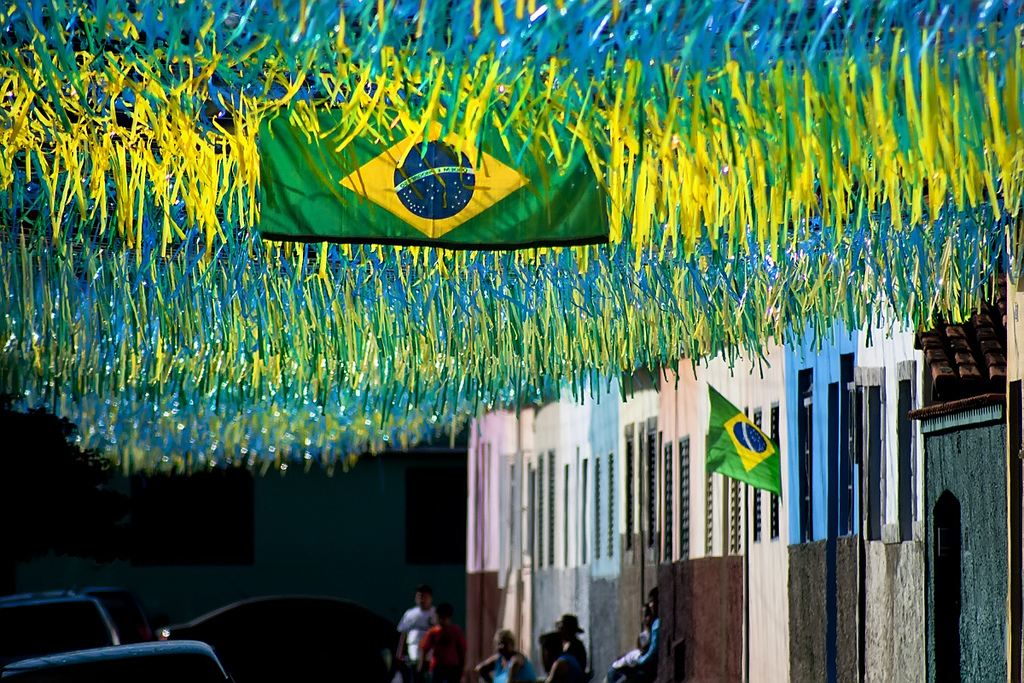 Brazil is not yet ready to host the FIFA World Cup.

Judging by all the construction delays and hurried last-minute preparations, the crews will still be hard at work when the competition begins in Sao Paulo on June 12. No need to worry: Once the first match kicks off, everyone will forget about everything that has gone wrong – for at least 90 minutes.

Questions about whether the stadiums in the various cities will be completed on time are not the only concerns being raised in the media these days. Police officers are pushing deeper into Rio de Janeiro’s favelas to quell increasing violence, and in Sao Paulo and other cities, authorities are facing off against protesters who are demanding to know why the country is spending $11 billion on the World Cup rather than on new schools and hospitals.

But it’s too late: Most of the teams have already arrived and are training there.

As a journalist, I have reported on four World Cup tournaments – the ones held in the United States, South Korea/Japan, Germany and South Africa. Concerns about unpreparedness often come up in the weeks before the opening ceremony, but in the end, the tournament always begins on schedule and the issues are dealt with (at worst, officials just improvise last-minute solutions). Brazil is in a similar situation, or perhaps a little worse: Officials left everything until the last minute, and now they’re running out of time.

“Brazil began to work too late,” said Sepp Blatter, the president of FIFA, soccer’s international governing body, in an interview in January. “It is the latest country since I’ve been at FIFA, even though it is the only one which had so long – seven years – to prepare.”

“It’s a shame,” Brazil’s former soccer star Ronaldo told Reuters recently. “I am embarrassed; this is my country, and I love it, and we shouldn’t be transmitting this image abroad.”

Brazilian President Dilma Rousseff countered the criticism in a recent speech in Brasilia: “I am sure that our country will put on the Cup of Cups,” she said. “I am proud of our accomplishments. We have no reason to be ashamed, and we don’t have an inferiority complex.”

Rousseff is right: Brazilians are nothing if not bold. In fact, they have been audacious enough to host the World Cup and the Olympics two years apart, which is an awesome feat. And they’re accomplishing this despite the country’s labyrinthine government bureaucracy.

Here in Miami, I saw myself just how difficult navigating Brazil’s system can be. Thousands of people here need tourist visas to attend the World Cup. The Brazilian consulate has not been able to keep up with requests, and the online application process is so confusing that it just leads to more questions.

I have tickets for the final round of the tournament, so several weeks ago, I went to the consulate to apply for a visa for my son, who will accompany me to the matches. I arrived a little after 9 a.m. and waited more than three hours to speak to one of only two available bad-tempered officials. They do not take credit cards, nor do they answer the phone. The process is so frustrating that I saw two adults leave the consulate in tears.

I learned that most people waiting to be helped had been forced to return several times because they hadn’t brought the correct payment or forms or paperwork required by the two tired bureaucrats on duty, contributing greatly to the Kafkaesque experience there. Perhaps they should just hang a message outside that reads, “Brazil doesn’t want you to visit.”

I hope these issues will all be forgotten when the first matches begin.

How will Brazilians themselves measure success? Not in receipts, but in goals.

If the national team wins the World Cup for a sixth time, all the chaos and last-minute rushing will be worth it. I am sure that even the protesters will put aside their grievances to cheer their team on in the final.