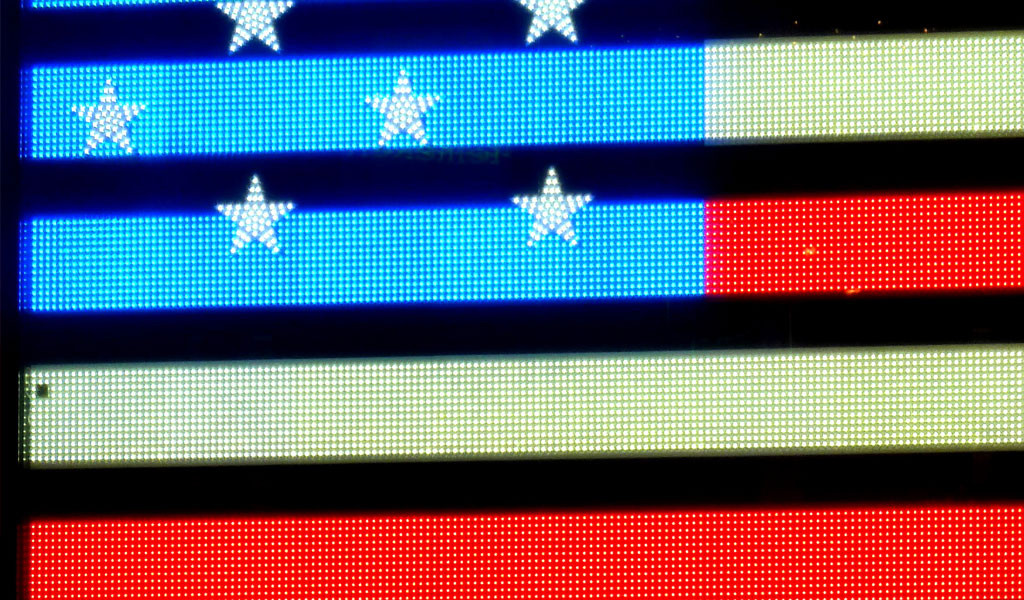 PHILADELPHIA — You’ll have to forgive me, but I’ve spent the last two weeks listening to too many speeches at the Republican and Democratic national conventions.

My head is saturated with political promises, endless attacks and bad jokes. (Hell must be a place where you are forced to spend eternity listening to stump speeches.)

Beyond all the verbiage, what I took away from the conventions is a sense that this election represents a critical moment for the American experiment. That is, our nation’s ideals are at the brink of an abyss — and Donald Trump, the Republican candidate, is pushing us toward it. This man who would be president has insulted Mexicans, Muslims and women; “sarcastically” suggested that the Russians should hack Hillary Clinton’s email account; declared support for torture in the form of waterboarding; and refused to release his tax returns for public scrutiny.

This isn’t a bad dream. Just look at the polls: Trump could win on Nov. 8.

Latin America has a word for the sort of leader that Trump would be: “caudillo,” or strongman. This election will be defined by Trump. Voting will come down to saying “yes” or “no” to him.

It’s hard to understand how after 240 years the United States has come to this pass. One morning at the Democratic convention, I went out to stretch my legs. Near Independence Hall in Philadelphia’s historic district, I saw one of the first copies of the Declaration of Independence, signed in 1776. It’s an extraordinary document, with a profound promise: “All men are created equal.”

The Founding Fathers intended to create the “wisest and happiest” nation possible, as John Adams put it. However, Adams also knew that leaders could use fear as a tool to rule. “Fear is the foundation of most governments,” Adams wrote in “Thoughts on Government,” “but it is so sordid and brutal a passion, and renders men in whose breasts it predominates so stupid and miserable, that Americans will not be likely to approve of any political institution which is founded on it.”

Those words resonate deeply today. Trump has stoked fear so that people will vote for him. According to him, immigrants are the enemy, and Muslims are a threat. That kind of scare talk makes Astrid Silva and Karla Ortiz very anxious. They both spoke at the Democratic convention, where I met them.

Karla, 11, was born in Las Vegas to undocumented parents from Guatemala. Her biggest fear is that she will come home from school one day to find that her parents have been deported. When Karla grows up, she wants to be the first Latina president of the United States, and I don’t doubt her determination to make that dream a reality.

Astrid, 26, has a different story. When she was 4, her mother brought her to the U.S. from Durango, Mexico, to join her father. They crossed the Rio Grande, and Astrid remembers how she panicked for fear that her muddy shoes might leave a trail of footprints that would lead the authorities to her and her family.

For now, Astrid is protected under the Deferred Action for Childhood Arrivals program, known commonly as DACA. But her parents can be deported at any minute. If Trump wins, Astrid may lose this protection as well as any other benefits she has accrued after decades in the U.S. and be deported to a country she doesn’t know.

I don’t know how we got to this point. But this is a pivotal time for America. The only way for the country to move forward is to integrate minority groups as swiftly as it can. According to Census Bureau data, minorities will outnumber white Anglo-Saxon Americans by 2044. Yet Trump sows division, hatred and fear.

Here in Philadelphia the founders gathered to shape a vision for a new country. Their ideas were captured on a frail piece of paper. In part, their deliberations were about how to prevent tyranny. Now we have a megalomaniac billionaire with sinister skills in social media — a kind of communication that the nation’s founders could never have envisioned.

Make no mistake: The ongoing experiment in democracy, liberty and equality that we know as the United States of America is facing a serious threat in Trump. We will see on Nov. 8 whether or not lies and fearmongering have gotten the better of us.