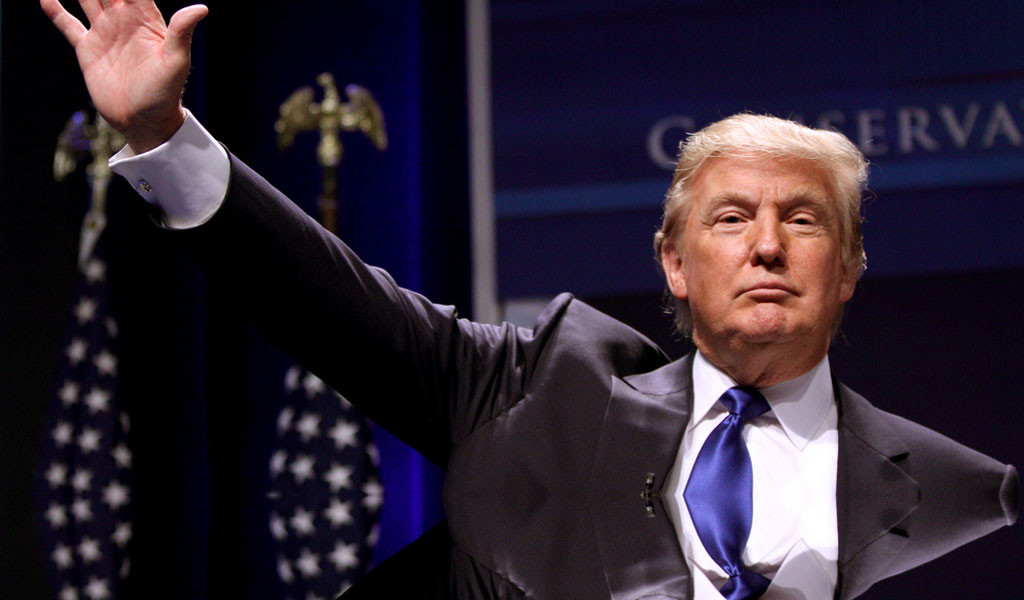 When he announced that he was officially entering the 2016 presidential race, Donald Trump won a different contest altogether by becoming the Hispanic community’s most hated man.

He dethroned the likes of Joe Arpaio – the staunchly anti-immigrant Arizona sheriff who has been accused of racial profiling – and even conservative author Ann Coulter, who recently declared that Mexican immigrants are as dangerous as Islamic State jihadis.

“When Mexico sends its people [to the U.S.],” Trump said at his campaign announcement last week in New York, “they’re not sending their best .. They’re sending people that have lots of problems, and they’re bringing those problems with us. They’re bringing drugs. They are bringing crime. They’re rapists. And some, I assume, are good people.”

Additionally, immigrants from Mexico not only harvest the food that Trump eats, they have helped build his hotels and apartment buildings in the U.S. They contribute to his net worth, which he says is about $8 billion. Like millions of other Americans, Trump profits greatly from the labor of Mexicans. Yet he feels it necessary to attack them.

I have visited Trump’s National Doral Miami Hotel and the Trump International Hotel and Tower in New York in recent months. Many of the wonderful workers who took care of me at these establishments were, indeed, from Mexico. So why does Trump speak so hatefully about them?

Those familiar with Trump’s popular TV show “The Apprentice” know that he likes to send contestants on challenges, then “fire” the ones who fail. I’d like to propose one for him: Trump should go a single day without Mexican employees. I have no doubt that his business interests would grind to a halt and his empire would be paralyzed.

Furthermore, it’s incredible that a businessman like Trump doesn’t understand the importance of Mexican-Americans, who represent about 65% of the Hispanic population. Overall, Hispanic consumers in the U.S. make up a market worth more than $1.2 trillion a year. It seems that Trump needs some lessons in history and economics . or at the very least he should take a tour of the kitchens, basements and service elevators at his own hotels.

In his speech, Trump also floated the ridiculous notion of sealing the 1,900-mile southern border with Mexico in order to curb the influx of undocumented immigrants crossing into the U.S. “I would build a great wall,” he said, “and nobody builds walls better than me.” That would be a waste of time and money, since almost 40% of undocumented immigrants arrive by plane and overstay their visas. No wall built by Trump can stop that. And let’s not forget that the number of undocumented Mexicans arrested at the southern border has dropped from 1.6 million in 2000 to 229,999 in 2014 – the lowest number in four decades, according to Pew.

Additionally, when Trump criticizes Mexicans, he is forgetting that many immigrants from there have given their lives fighting for the U.S. on the battlefields of Iraq and Afghanistan. Just look at the lists of fallen troops; they are full of Hispanic names. To Trump they may be criminals, but to the rest of us they are heroes.

Sadly, Trump is unaware of how much his words matter. When a presidential candidate uses such a public platform to spout hatred against an ethnic group, other people may follow his lead or, worse, be moved to violence. Even more worrisome is the fact that other presidential hopefuls have, for the most part, kept silent about Trump’s venomous and ignorant comments. The silence was as painful as his words.

Trump thought that he’d gain some political points with his prejudiced statements, but he was wrong. He has lost the Latino vote and, hence, the White House. Mr. Trump: You’re fired.