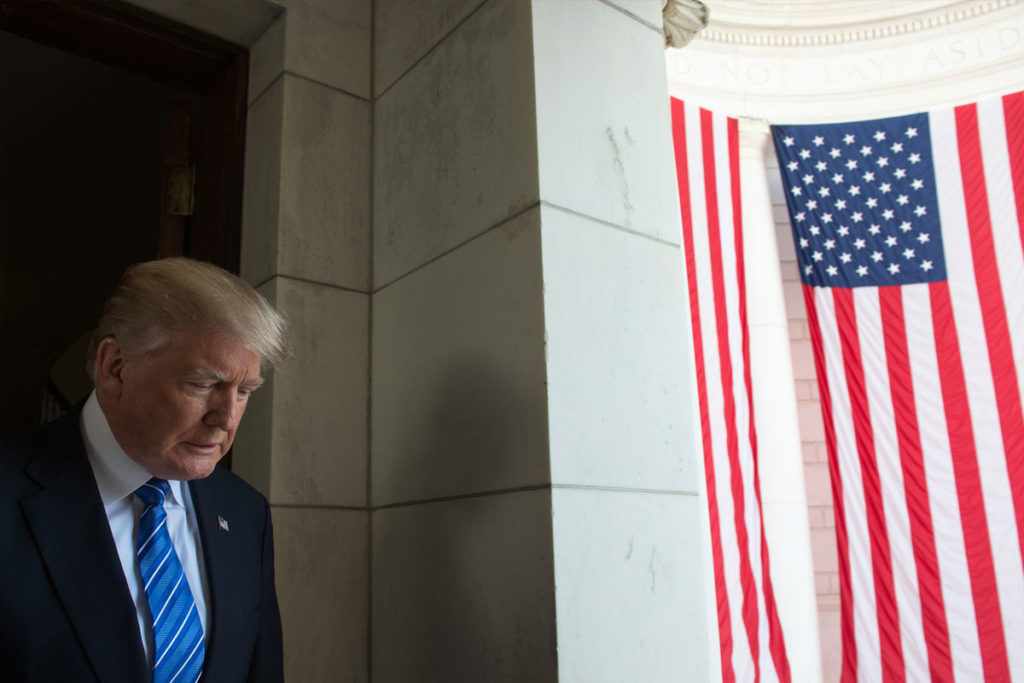 Those comments were racist — Trump likened undocumented Latin American immigrants to criminals. We’ll never know whether he believes such things, or whether he just said that to win some votes. However, as I have pointed out many times before, his characterization of immigrants is false. Less than 3% of undocumented immigrants commit felonies, according to the Migration Policy Institute.

Of course, since 2015 many Trump supporters have protested the fact that his comments were labeled racist. They say that the public and media misunderstood Trump, and that he was really only talking about undocumented immigrants with criminal records. Maybe that’s true — but that’s not what Trump said.

In retrospect, it was a big mistake not to challenge Trump’s racist rhetoric more vigorously in June 2015. Some voters actually thought his campaign announcement was all a joke, and a few media executives let him speak unchallenged in order to improve their ratings. Several Democrats considered Trump to be an easy-to-defeat rival, and the Mexican government didn’t even bother responding to his attacks. Only the Latino press and a few journalists in the English-language media criticized the way he criminalized several millions of immigrants.

Now, two years later, we’re seeing the impact that Trump’s rhetoric has had. Frequent attacks against immigrants, both physical and verbal, are reported often in the U.S., and I’ve recently spoken with children terrorized by the possibility that the Trump administration will deport their parents. Social media is full of attacks against foreigners, and the people behind these attacks are using phrases and ideas very similar to Trump’s. One has to assume that their reasoning is pretty straightforward: If the president can freely insult minorities, women, Muslims, immigrants and disabled people, why shouldn’t they?

According to the Southern Poverty Law Center, the number of hate groups operating in the U.S. climbed from 784 in 2014 to 917 last year. In the same period, organizations affiliated with the Ku Klux Klan grew to 130 from 72.

Hatred is contagious — and it often trickles down from the top.

When it comes to politics, nothing is coincidental. We could debate whether Trump’s racist and anti-immigrant comments contributed to the increase of extreme groups, or whether an existing xenophobic and violent environment in the U.S. just ended up benefiting him as a candidate. Either way, people have been victimized.

My point is that for two years now we’ve been listening to Trump’s continued racist commentary, and our reaction as Americans has been lukewarm, late, ineffective — and almost complicit.

P.S.: I suppose it’s high time that we acknowledge that the current administration and Congress will do nothing to prevent another massacre or shootout. The recent violent attack against a group of members of Congress on a baseball field in Virginia seemingly gave no one pause. No action on guns followed, just as no action followed the killing of 20 children at Sandy Hook Elementary School in 2012.

Nevertheless, the data is terrifying: The Congressional Research Service reported in 2012 — just a month before Sandy Hook — that there were more firearms in the U.S. than people. And an analysis conducted by The Washington Post recently showed that there were 154 mass shootings — in which four or more individuals were killed or hurt, excluding the perpetrators — in the first 165 days of this year.

I understand the historical and cultural reasons that the Second Amendment is defended so stridently. I know that the Constitution guarantees the right for the public to own guns. What I don’t understand is why the public needs access to military-grade weapons, or why it’s so difficult to ban people with mental-health problems or criminal records from purchasing rifles and pistols.

The sad thing is that soon — way too soon — there will be another massacre. I hope it doesn’t happen close to you.

Image by: Chairman of the Joint Chiefs of Staff with license CC BY-NC-SA 2.0