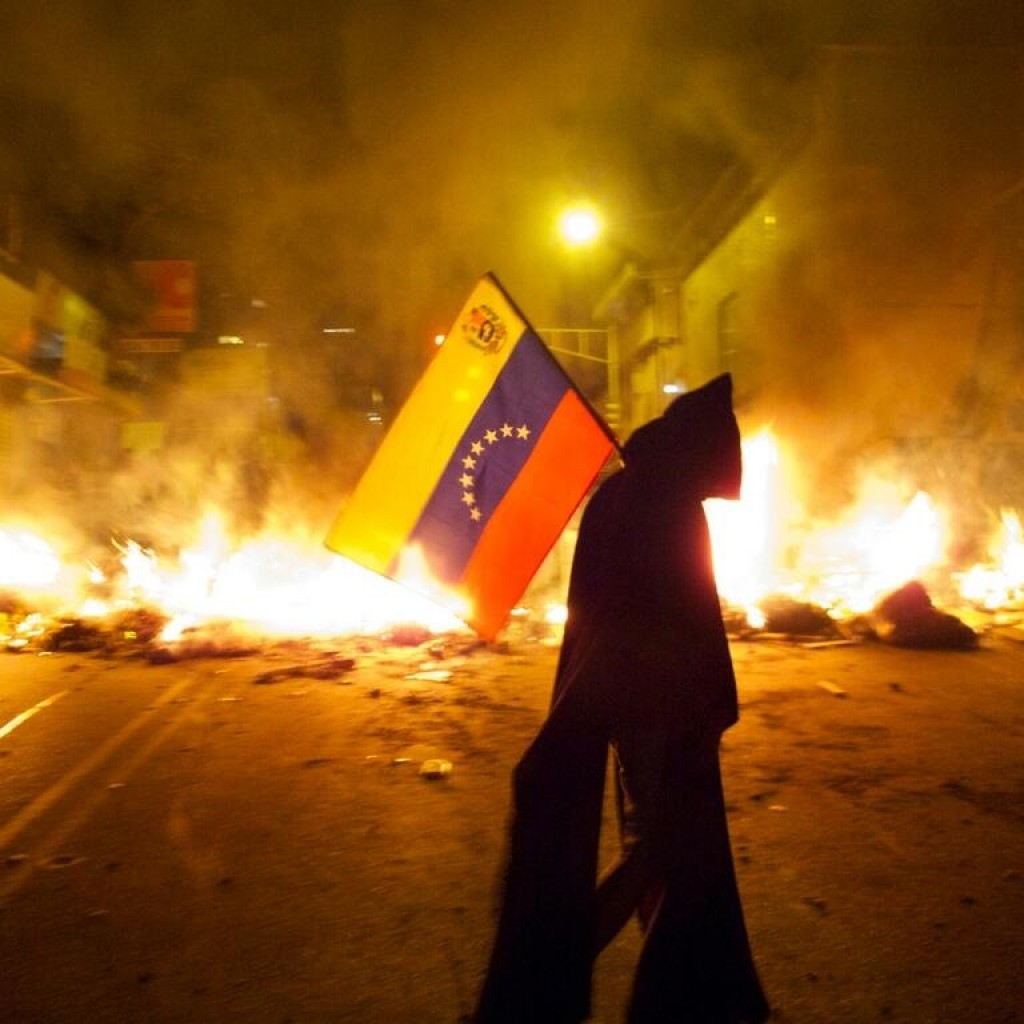 When a government kills protesters, imprisons opponents, arms paramilitary gangs, then tries to hide it all by censoring the media, isn’t it every citizen’s duty to take to the streets?

This is the question that Venezuelans are faced with as demonstrations against President Nicolas Maduro’s regime take place across the country.

Amid the turmoil, the national conversation is focused on two dilemmas. First, how will the country solve its internal problems? Venezuelans are grappling with a high inflation rate (more than 60 percent, according to some estimates), an inept bureaucracy, and one of the highest crime rates in the world (more than 24,000 murders were reported in Venezuela in 2013).

And how will the country rid itself of Maduro’s authoritarian, repressive government? It is true that no one who truly believes in democracy would support the violent overthrow of an elected president. Whether he won last year’s election fair and square or by cheating, as his opponents have alleged, Maduro’s term doesn’t end until 2019, and Venezuela’s opposition does not want to repeat the mistakes of the failed 2002 military coup against then-President Hugo Chavez.

Maduro, a “chavista” through and through, knows this and has taunted his political rivals, declaring publicly that all his opponents need to do if they want to get rid of him is to gather enough signatures for a recall referendum in 2016. Henrique Capriles, a former presidential candidate and an opposition leader, says that removing Maduro this way would be almost impossible, since unseating him would require an overwhelming amount of popular support, which the opposition can’t count on right now. “Our focus is for the country’s problems to be solved,” Capriles recently said at a press conference. “This is not about Maduro leaving right now.”

Other opposition figures, such as Leopoldo Lopez (who was arrested earlier this month under the absurd charge of provoking violence during a protest) and Maria Corina Machado, disagree with Capriles. They want Maduro out immediately.

Maduro and Lopez also did not agree with Capriles last April when he called off a massive demonstration against allegations of electoral fraud, even though Capriles had reliable information that authorities intended to meet protests with violence. Lopez and Machado believed that they needed to take the streets, but moderation prevailed, and so did Maduro.

On Feb. 12 Maduro made a huge mistake that could finally cost him the presidency: He ordered, or at least allowed, the National Guard to fire on a peaceful student demonstration. Three protesters were killed and more than 60 were wounded. Videos showing uniformed men shooting at unarmed youngsters during other demonstrations have surfaced on social media, despite the government’s efforts at censorship. While Maduro may control everything in Venezuela, he cannot control what people say on Twitter and other social media. He is not able to keep the news under wraps, and this could lead to his downfall.

But the protesters seem to be on their own – most Latin America leaders have kept silent as the situation has worsened. Mexican President Enrique Peña Nieto, for instance, recently hailed Cuba’s Fidel Castro as a “moral and political leader,” yet he did not dare join President Barack Obama earlier this month at a press conference during a summit in Mexico when he condemned Maduro’s excessively violent response to protests. Peña Nieto instead chose to keep silent.

So Venezuelans will have to come up with answers on their own. But, for what it’s worth, they should know that they are not as alone as they may feel.

Share
FacebookTwitter
Previous ArticleKeep the Pope, Lose the DogmaNext ArticleVenezuela, Near and Far