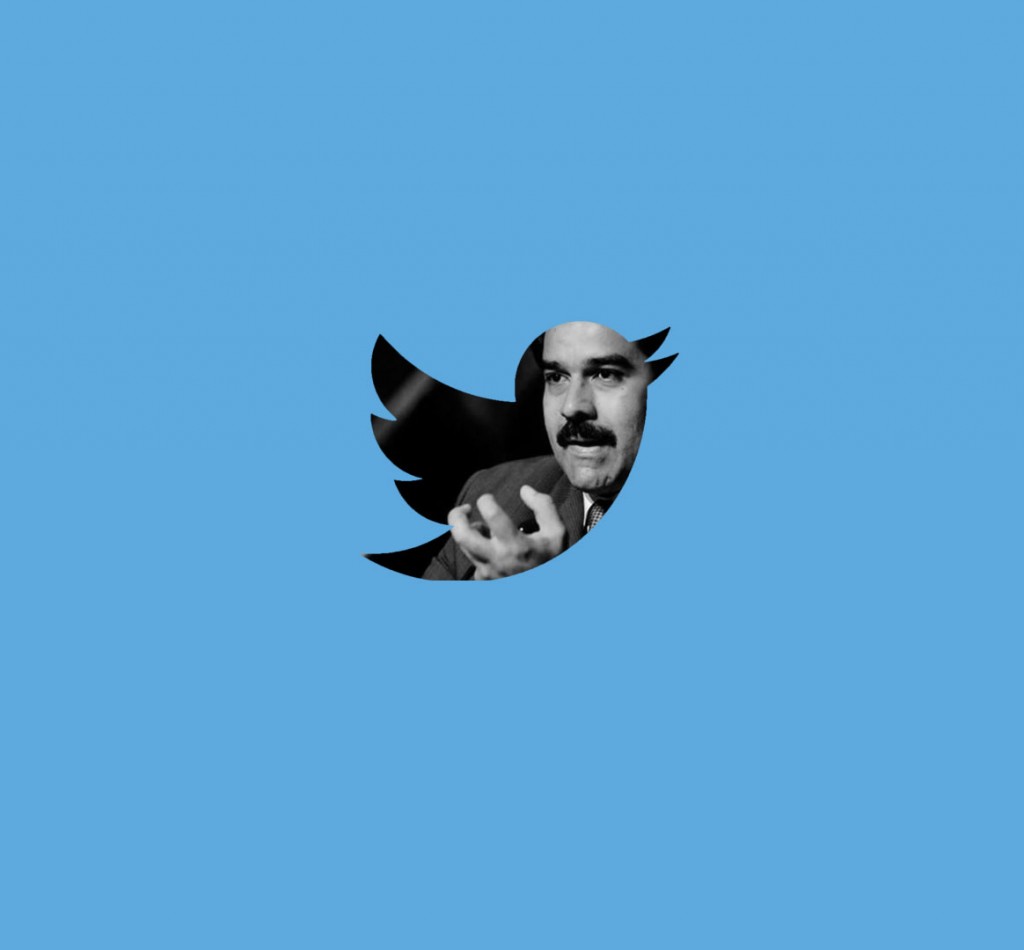 President Nicolas Maduro, Venezuela’s authoritarian leader, is followed by birds wherever he goes.

A year ago he famously announced while campaigning for the presidency that a
little bird had circled above him one morning, and that the bird was the ghost
of Hugo Chavez, his recently deceased predecessor, conveying blessings and good
wishes from the beyond through chirps, tweets and whistles.

These days tweets tend to pester Maduro, since they’re coming not from birds
but from Twitter, and everyone can hear them. Twitter is making his life
miserable as he deals with widespread street protests against his government.

Maduro hates Twitter; he has referred to social media channels as “those
moronic machines” (nevertheless, he maintains the Twitter account
NicolasMaduro). His disdain for Twitter’s little blue bird is understandable.
It’s easy for Maduro to censor Venezuela’s traditional media in Venezuela – TV,
radio, newspapers. But the Internet eludes his reach; he cannot control which
messages and images are uploaded to online social networks. And if he were to
try to shut down Twitter or any other network, technological workarounds would
sprout up immediately (we have seen this scenario play out recently in Turkey,
after Prime Minister Recep Tayyip Erdogan’s government tried to block Twitter
there).

It’s possible that Maduro doesn’t understand how much the Internet is
changing the world. That when his administration denies that it is killing,
brutalizing or repressing demonstrators, everyone can see the real story by
going to YouTube and watching some of the hundreds of videos that have been
uploaded since the protests began in February.

This is Venezuela’s blue bird revolution, and the rest of the world is
watching live.

I recently spoke with Jeff Jarvis, the author and journalism educator, and he
pointed out that journalists have to “embrace the idea that everyone on this
planet soon . will have TV cameras in their hands,” he said. This is a great
point. As a journalist, I cannot compete with the thousands of witnesses on the
ground in places like Caracas or Kiev. As they upload content on social
networks, it is our responsibility as journalists to identify, verify and add
some perspective to that content.

Like the Chilean dictator Augusto Pinochet, Maduro is trying to rule and
repress the old-fashioned way. He denounces as “fascist” anyone who opposes his
totalitarian regime, then orders the national guard and government-backed
militias to arrest, torture or kill student demonstrators. Let me be perfectly
clear: Venezuelan security forces would not open fire without the commander in
chief’s authorization, and in the two months since the anti-government uprisings
began, more than 30 people have been killed (a majority of them were
protesters).

Recently, in an interview with CNN’s Christiane Amanpour, Maduro insisted
that he is fighting extremists who are trying to overthrow him, just as the
president of the United States would resist a movement seeking to overthrow him.
Meanwhile, photos and videos of people being brutalized continue to trickle onto
the Internet.

Of course, no one who truly believes in democracy would ever support or
promote a coup of an elected leader. And while Article 350 of Venezuela’s
constitution states that “the people will not recognize any authority that .
undercuts the human rights,” the National Assembly is controlled by Maduro, and
it won’t vote him out of power. The earliest that an impeachment referendum can
be proposed in Venezuela is 2015.

Perhaps Maduro will fall on his own, due to the killing of anti-government
opponents, or to his obvious inability to run the country. But he will go,
sooner or later. Period.

A little bird told us that.