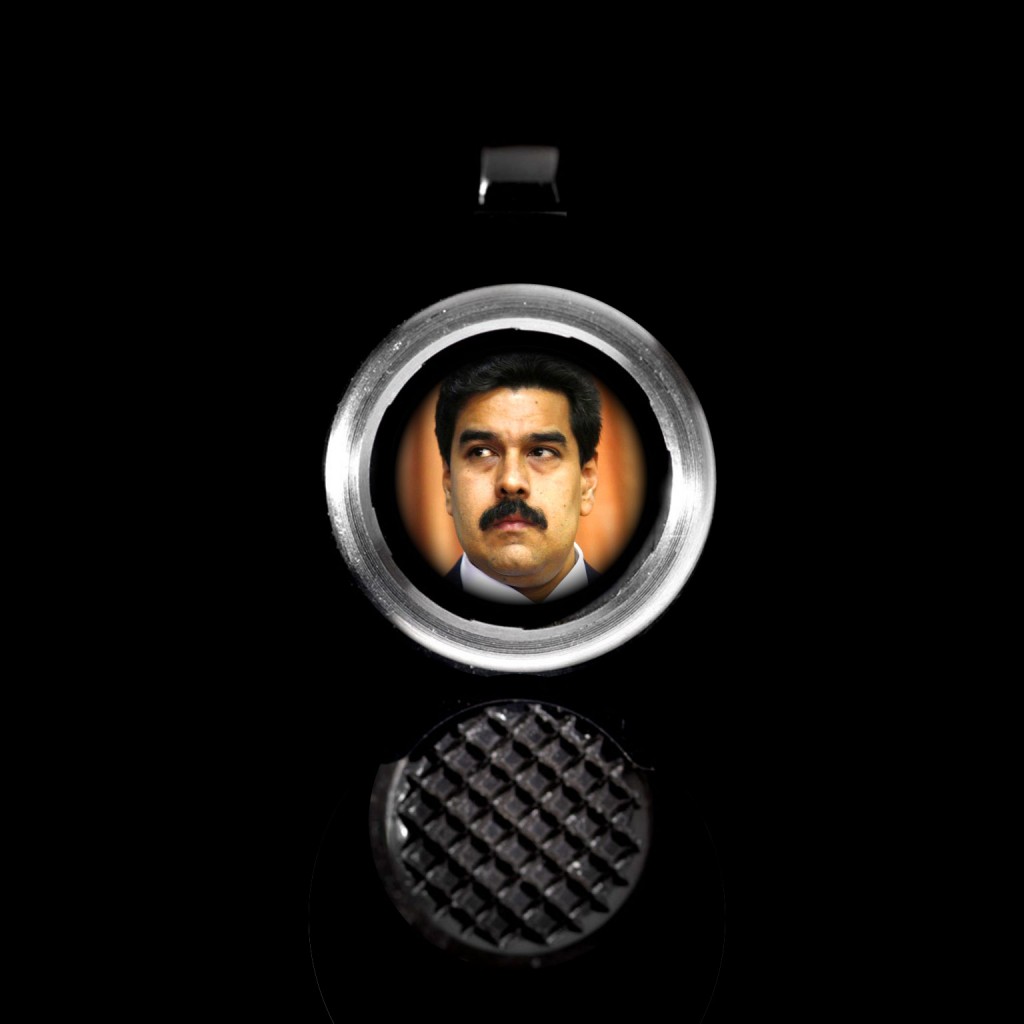 More murders are being committed there than in a place where insurgents are fighting for control of territory.

Yet supporters of President Nicolas Maduro (and their army of Internet trolls) hate it when people point that out on social media. They insist that “pitiyanquis,” or Yankee-lovers, and other American lackeys are making it all up. But, unfortunately, the data is correct – and things are getting worse.

The brutal killing of Monica Spear, the former Miss Venezuela, earlier this month, is just one example of the violence ordinary people are enduring. The soap-opera star, 29, was vacationing in Venezuela with her ex-husband, Thomas Berry, and their 5-year-old daughter, Maya, when their car broke down near Valencia after dark on Jan. 6. The couple were waving down a passing tow truck when five armed men approached and started shooting. Spear and Berry quickly locked themselves inside the car with Maya, who was asleep, but bullets pierced it, killing Spear and Berry and wounding Maya. The news spread quickly, not only because Spear was a celebrity, but also because the details of the slayings were so appalling. Spear, who lived in Miami, was determined to spend time in her country, and so she had ignored advice from nervous family members and friends who had warned her not to travel there. Violent criminals are now operating with impunity, in part because of the social decay that has taken place following Hugo Chavez’s death and Maduro’s election.

In 2012, when Chavez was still in power, there were 21,692 murders in Venezuela. Under Maduro, that number increased to 24,763 in 2013. In Iraq, by contrast, there were 7,818 deaths last year. (To allay any doubts about the data: These numbers come from the Venezuela Violence Observatory and from UNIRAQ, the United Nations assistance mission in Iraq.)

Venezuela is the world’s fifth most-violent nation after, in descending order, Honduras, El Salvador, Ivory Coast and Jamaica, according to a study conducted by the United Nations Development Program. It is even more violent than Mexico, whose soaring drug-related crime rate is well-documented. Mexico has 118 million inhabitants, and 17,000 murders were reported there in 2013. In Venezuela, a nation of 28 million, there were nearly 8,000 more killings in the same time period.

The increasing violence is a symptom, rather than a cause. Rampant inflation is fueling the country’s black market, and political infighting is making it impossible for officials to govern effectively. Simply put, Maduro, who was granted the power to rule by decree in November, is letting control at the civilian level slip through his fingers, to the point that the police cannot maintain law and order. Meanwhile, his administration is busy denouncing the international media for “politicizing” the murders of Spear and Berry.

The truth is that Maduro’s policies are indeed responsible for those deaths, and for the deaths of thousands of others. His combativeness and his refusal to open a dialogue with his political opposition, along with his abuses of his power and his failure to offer a realistic plan for the future or address any of the nation’s economic or political problems, have caused chaos, and so criminals are thriving. Maduro took office despite allegations of election fraud, which continue. He wanted total control of the government, along with the military; now he has it, along with responsibility for the nation’s failed security policy.

This situation does not appear likely to change anytime soon. Maduro is smarter than his opponents give him credit for. Despite his shortcomings – among them his childish and erratic rhetoric (including his insistence that Chavez has talked to him from beyond the grave) – Maduro did manage to hold onto and then consolidate power, proving that although his great patron may be gone, “chavismo” is continuing without Chavez.

As was the case when Chavez was in charge, media censorship has been keeping most Venezuelans in the dark about the mayhem. But on average, the deaths of Spear and Berry put a spotlight on that fact that 67 people are murdered in that nation every day. Venezuelans may be reminded that Maduro pledged to end the violence after taking office last April, but their everyday lives continue to become more dangerous.

Maduro’s failures are now on display for all the world to see.