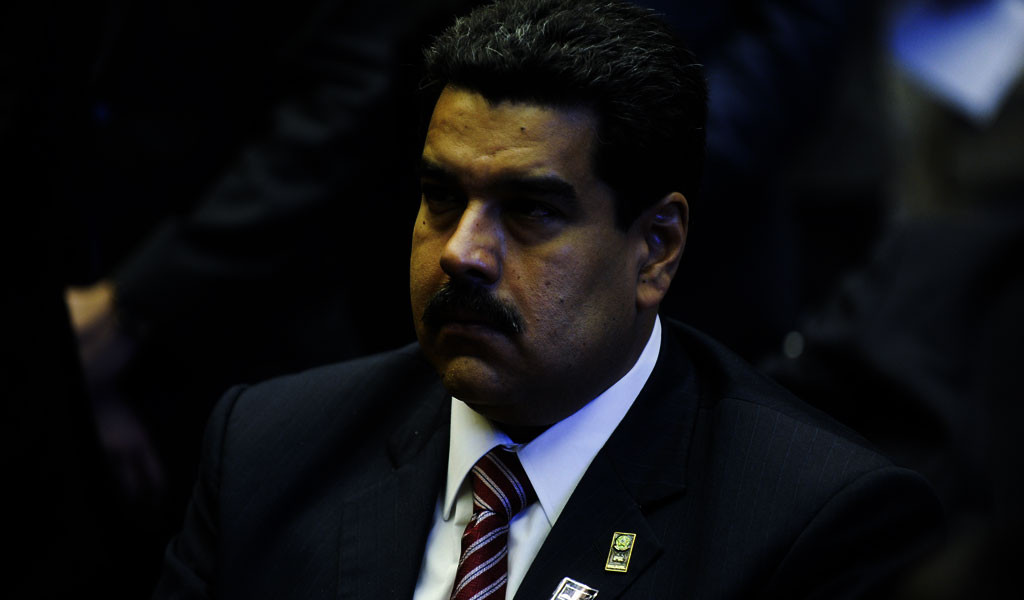 Dictators — and their imitators, petty dictators — never yield power in an orderly fashion. They have to be forcibly removed.

In Venezuela’s case, things are a bit more complicated. The main problem is that President Nicolas Maduro doesn’t consider himself a dictator, but rather a leader who was elected fairly. Venezuela hasn’t yet become a Cuban-style dictatorship — the opposition now controls the Venezuelan National Assembly. And under the Venezuelan constitution a president can be impeached through a voter referendum, which is slowly moving forward against Maduro.

Maduro’s predecessor, the late Hugo Chavez, came up with the idea of putting the impeachment referendum process in the constitution in 1999, but he never imagined that it would be invoked against him five years later. Now Maduro, his hand-picked successor, faces an attempt at impeachment. Chavez survived his referendum challenge and held on to power until his death in 2013, but very few people in Venezuela believe that Maduro can do the same today. So as Venezuela plunges deeper into economic and social chaos, the Maduro regime is focused on blocking recall efforts, or at least delaying them.

I recently spoke with Luis Almagro, the secretary general of the Organization of American States. In a May report to its 34 member states, the OAS backed the recall referendum and blamed Maduro’s government for Venezuela’s crises. I asked Almagro whether or not Venezuela was a dictatorship. “We didn’t use that term in our report,” he explained. “But we did describe some serious problems in the democratic workings of Venezuela; the existence of political prisoners is totally inconsistent with the very notion of democracy. And creating administrative hurdles to the organization of an impeachment referendum hinders people’s ability to express themselves. It’s very important that it is done this year.” (Watch my interview with Almagro here:)

In his report, Almagro, Uruguay’s former foreign minister, dared to do something that his predecessor, Jose Miguel Insulza, avoided for years: He invoked the OAS’s democratic provisions against Maduro. According to the report, the government threatens democracy, and that could lead to Venezuela’s ouster from the OAS. Despite many years of repression and ruling by decree in Venezuela, Insulza could never muster the courage or decency to confront Chavez and Maduro head on. But Almagro isn’t afraid of Maduro.

After Almagro’s report was released, Maduro predictably denounced him on television as a traitor who was working for the CIA (Maduro blames the U.S. for Venezuela’s problems, of course). Almagro simply responded to Maduro with an open letter the next day, saying that denying the people the right to hold a referendum “would make you just any other petty dictator, like so many this hemisphere has had.”

Maduro suspects that the end of his rule is near, and he’s fighting tooth and nail to stay in power. As he battles the OAS, a group of Chavistas is trying to convince the Supreme Court to dissolve the National Assembly. In any real democracy, one government branch shouldn’t be able to dissolve another, but in Maduro’s Venezuela, anything is possible. And this worries Almagro. In Venezuela, “there is a permanent repudiation of the legislative branch,” he told me, “and that affects the whole operation of democracy.”

Make no mistake: Venezuela is on the brink of total collapse. Food shortages are creating famine in a nation that not long ago was one of the wealthiest in the subcontinent. Meanwhile, crime and inflation are on the rise, and Maduro’s Chavista regime doesn’t even try to hide its corruption because officials feel immune to punishment.

A more rational government would seek to restore order, not double down on bad ideas and go after its enemies. But Maduro’s regime lost direction long ago. The whole situation reminds me of a line uttered by the central character in Gabriel Garcia Marquez’s “The General in his Labyrinth”: “Our authority and our lives cannot be saved except at the cost of our enemies’ blood.”

P.S.: We need to brace ourselves for the next massacre. Despite the outpouring of anger and grief over the killing of 49 people in Orlando last month, lawmakers have done nothing — absolutely nothing! — that would help us avoid another similar shooting. It’s as easy to buy a military-grade weapon today as it was before the tragedy at the Pulse nightclub.