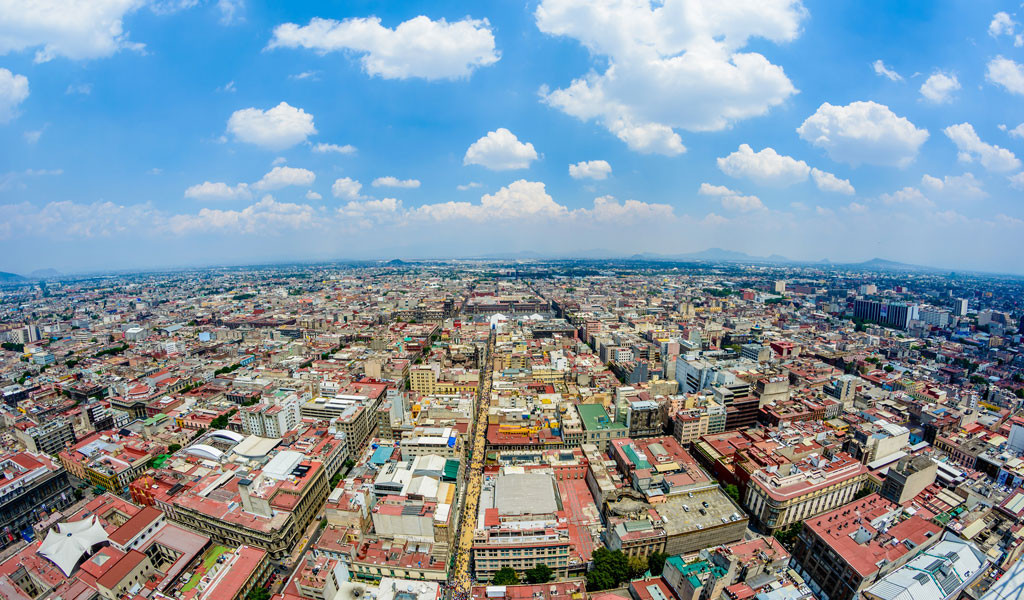 MEXICO CITY — Coming back to Mexico always fills me with vitality and hope. Whenever I return, I feel like the country is on the verge of big change. But, inevitably, the change never arrives.

I have a routine when I visit Mexico. My first stop is usually to buy some Churrumais — corn snacks accented with lime and chili — or to get some tacos al pastor. The food takes me back to my teenage years and the country I left behind 33 years ago. But while I may have left Mexico, Mexico has never left me. And the longer I am away, the more I appreciate what I left behind.

During my last visit, I saw a lot of families walking hand in hand, strolling along, frequently lavishing affection on each other. (I think that children in Mexico are among the most kissed and hugged in the world). I also enjoyed some wonderful meals and unhurried talks over coffee. In Mexico, meals are a ritual where soul and flavor intertwine.

What I like most about Mexico are the intangibles — those things that you can’t touch but that feed your humanity. For instance, I’ve never felt lonely in Mexico. In the U.S., on the other hand, life can be quite lonesome for immigrants, especially during Christmas and other holidays. Also, I love the way that my fellow Mexicans use our particular brand of humor — through Internet memes, cartoons and double entendre — to briefly balance out inequities in society. Criticizing Mexico has always been a way to show you love it.

I also admire the healthy distance that Mexicans keep between their rulers and themselves. They don’t just blindly believe whatever their leaders tell them. From the Aztec Tlatoani to the Spanish viceroys to the modern “mirreyes” — the group of rich, entitled Mexicans who are now suffocating the country — our people have always questioned the motivations of people in power. In recent times, after so many presidential administrations rife with scandal, deception and abuses of office, Mexico has understandably become a country of nonbelievers. And I consider such skepticism to be healthy for the nation — change, after all, begins by questioning authority and traditions.

But, when will change finally come to Mexico?

“Nothing ever happens in Mexico,” a foreign correspondent and friend once told me. I know what he means. According to the Inter-American Commission on Human Rights, more than 98% of all crimes go unpunished in Mexico. But it might be time for things to start happening.

These days many Mexicans just don’t buy much of what their president, Enrique Peña Nieto, is telling them. Can you blame them? Would you believe a president after he and his wife bought a $7 million house from a government contractor? According to the so-called Panama Papers, the contractor — Juan Armando Hinojosa Cantú, owner of the Higa Group — sent $100 million to tax havens outside of the country after inquiries into the house sale began. Perhaps it’s time to launch a new investigation?

And can you blame Mexicans for not believing Peña Nieto after the government hasn’t solved the nearly 2-year-old case of the 43 disappeared college students from Ayotzinapa? How can the president highlight the positive when Mexico has recorded more than 50,000 violent deaths in the last three years? Peña Nieto’s administration could be the most violent administration in recent history.

Judging by the outrage expressed on social media, Mexicans are tired of being pushovers. Some observers sense a growing frustration that could soon lead to a peaceful citizen revolt, forcing the dismissal of senior officials and a change in direction for Mexico. Many looked to the recent resignation of Iceland’s prime minister, Sigmundur Davío Gunnlaugsson, and were inspired by the public’s righteous anger after the Panama Papers exposed his financial chicanery.

But in Mexico, no officials have stepped down — not after the escape of Joaquin “El Chapo” Loera from prison, not after the disappearances in Ayotzinapa, not after the massacre of 22 unarmed civilians in Tlatlaya at the hands of soldiers.

Mexicans have seen political disruption take place recently in Guatemala, Argentina, Brazil and Venezuela, and they’re wondering when their turn will come. Perhaps their strength lies more in resisting than in insisting. Perhaps a good first step would be the creation of a U.N.-backed commission against corruption in Mexico, just like the one that was set up for Guatemala. Perhaps that would be the thing to spark change.

In Mexico, there’s always a sense that the dam is about to burst, but it never does. The old and corrupt ways are taking too long to die. We’ve been waiting for the peaceful revolt of a Mexican spring to arrive for many springs.