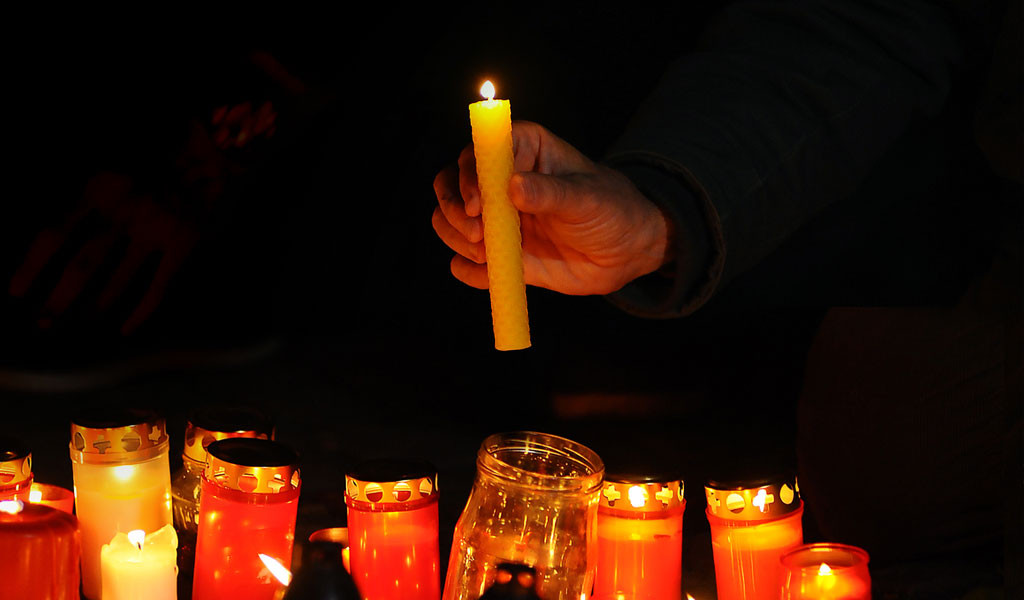 Indeed, until the evening of Nov. 13, terrorism of that scale was unheard of in Paris (although the attacks earlier this year, at Charlie Hebdo and in the kosher supermarket, are seared in memory). Now, worrying about more attacks is part of day-to-day life.

I arrived in Paris just hours after militants from the so-called Islamic State killed more than 120 people in coordinated attacks on restaurants, bars, a theater and a soccer stadium in the city. This is the role of many journalists — to head toward the places people are running away from. When I arrived, the city was empty, sad and scared. Even the Eiffel Tower was dark. I had never seen Paris in such a state.

With their brutality, the militants from ISIS managed to do the unthinkable: They brought the war to Paris, justifying their acts with a primitive, twisted logic. France has been dropping bombs on Syria in recent months, so they retaliated by killing civilians in France. The U.S. is next, they declared in a video and on social media.

Following the advice of French President François Hollande, many Parisians stayed home and hunkered down for some days after the attacks. As a hunt for the terrorists ensued, people wondered if more attacks were imminent. Their fear was palpable. Nobody believed that just seven, eight, nine militants could commit such a massacre. And, as far as Parisians knew, another bomb could go off at any moment.

Just a few days after the attacks, I sat down to talk with four students — Leticia, Cristal, Ani and Vincent, none of them older than 23 — in front of the Bataclan Theater, where 89 people attending a concert were gunned down. On Nov. 13, the four students attended a France vs. Germany soccer match during which they heard explosions. They would learn later that outside the stadium, three suicide bombers had detonated homemade bombs hidden under their clothes.

Understandably, these four youngsters remain fearful of another attack. They keep a watchful eye on people with backpacks on the subway. They are constantly alert. They realize that the terrorists’ bombs were meant for people like them — young Parisians. And they can’t fathom why the militants, some of whom were also in their 20s, would want to target them. While we spoke, it occurred to me that this particular war is just beginning, and it will likely go on for many years. I did not mention this to the students, though.

This discussion and other moments in Paris reminded me a lot of the immediate aftermath of the terrorist attacks in New York in Sept. 11, 2001. The raw fear, the uncertainty, the helplessness. We didn’t want to lose our liberties and rights after 9/11, but our primary focus in the days after was on preserving lives.

But free people don’t tolerate fear for long. As was the case in New York, little by little, Parisians began to retake their public spaces. My visit to Paris began with a quiet, anxious city, but days later the cafés on the Champs Élysées, Le Marais and Saint Germain des Prés were full again. Diners were once again lining up for steak with pepper sauce and fried potatoes at Entrecote. Every cup of coffee, every glass of Bordeaux, every step outside represented a tiny, but significant, victory over terror.

Yet the war goes on.

French television is full of know-it-all pundits wrongheadedly equating Syrian refugees to terrorists, while declaring that Muslims are violent people. As I flip through TV channels, I know that when I get back home to Miami, I’ll be hearing like-minded commentators on American TV unfairly comparing immigrants to criminals and terrorists. I also realize that next year’s presidential election in the United States is now even more crucial: Our next commander in chief may likely have to decide whether to lead the U.S. into yet another war in the Middle East. This time in Syria.

Before I left Paris, I decided to make one last stop at the Bataclan. On the way, I noticed that the Eiffel Tower was no longer dark. It was bathed in light — blue, white and red. At the Bataclan, the entrance was decorated with tributes to the victims: flowers, candles and letters to victims saying things that were unsaid before.

“This is the Bataclan generation,” I heard a nearby Spanish journalist say. Yes, and this generation will have to deal with an intractable problem — suicidal extremism — that has now confounded the most powerful nations in the world.

Meanwhile, icy November rain made its way through my jacket, down my back, like fear. I don’t know if I was colder inside or outside.

Share
FacebookTwitter
Previous ArticleSpeaking With an Accent, ProudlyNext ArticleThe Massacre of the Day