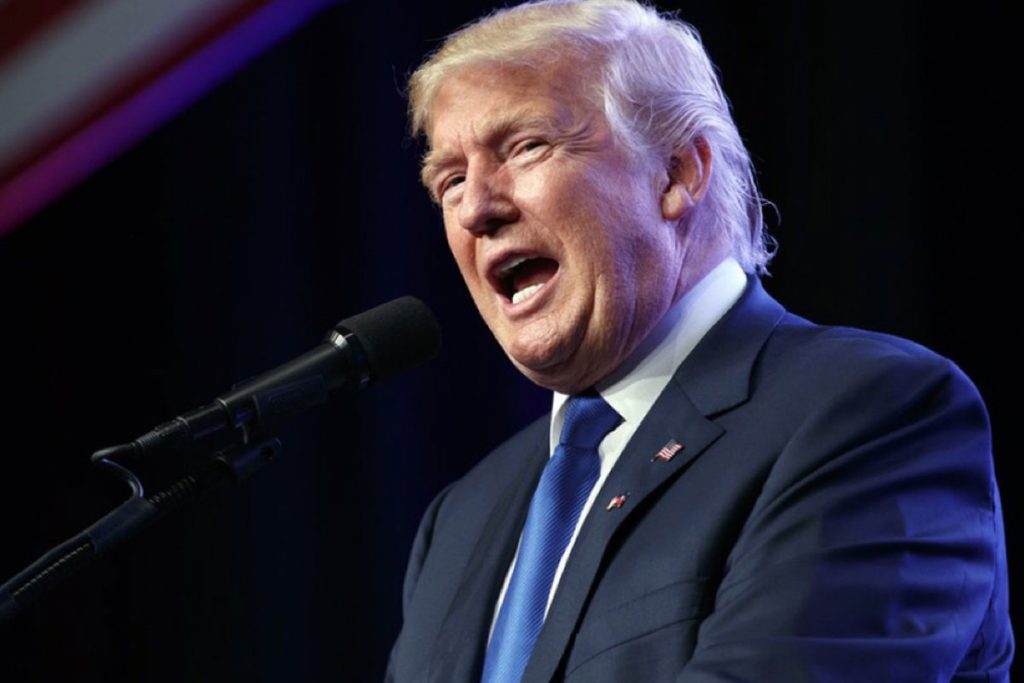 President Donald Trump has once again denounced journalists as being the “enemies of the American people.”

And once again, this is a lie. Trump simply refuses to understand that our job as journalists is to question him, hold him accountable and, when he resorts to lies and mischaracterizations, expose his falsehoods and spotlight the facts.

Reporters, far from being Trump’s enemies, simply ask him questions on behalf of the people. If we don’t, who will? This is our primary role in a democracy. We serve as a check on power. Reporters are public servants; no more, no less.

But Trump doesn’t appreciate that. Neither did Hugo Chávez, the Venezuelan leader, back in his time. Chávez had a similar strategy: Rant against the free press and attack journalists when they say something you don’t like. In fact, Chávez used to force TV networks to broadcast his live rants every week, which often went on for hours. Trump sends his messages to more than 50 million followers on Twitter. The goal is the same: Avoid uncomfortable questions or any challenges.

As a journalist, I’ve seen this strategy in action firsthand. When he was a candidate in 2015, Trump had a bodyguard remove me from a news conference because I had the audacity to ask a question without Trump’s permission. When I sat down with Chávez in 2000, he simply refused to answer my questions.

“You’re repeating garbage,” Chávez told me, after I had tried to explain that it was my duty to ask questions. “You come here ? from Miami? With a garbage bag,” he said. “Am I bound to answer only what you want to ask?”

In a real democracy, he would be. Politicians have an obligation to answer the people’s questions. And presidents work for the people, for those who voted for them, and also for those who did not.

Daniel Ortega, the president of Nicaragua, is another leader who has problems understanding his duty to the people. Ortega gives interviews to international media, but refuses to talk to the Nicaraguan journalists or activists who question him about the protests against his government, in which almost 500 people have been killed this year. The last time Ortega agreed to appear in a public forum, in May, Lesther Alemán, a college student, stood up and demanded that Ortega step down. “This is not a dialogue,” Alemán told him. “This is a negotiating table for your departure.”

Ortega, of course, has no intention of leaving office. The role of the press has also been put to the test in Colombia, where Iván Duque was sworn in as the country’s new president last week, and in Mexico, where Andrés Manuel López Obrador was elected president in July. I’ve always found it curious how quickly candidates can go from being chatterboxes, eager to do interviews when they’re running for office, to being fearful of the press once they are elected.

For Duque and López Obrador, it must be hard to accept the fact that the same reporters who gave them so much airtime and attention during their campaigns are now criticizing them and asking questions they don’t want to answer. Duque’s discomfort was clear recently when reporters asked how much influence Colombia’s former president, Álvaro Uribe, has on him. Likewise, López Obrador feels more at ease talking about his plans for reducing crime and corruption than answering questions about why he is planning to appoint Manuel Bartlett — who is often accused of being involved in the rigging scandal connected to the 1988 presidential election — as the new director of Mexico’s Federal Electricity Commission.

No, independent journalists aren’t the enemies of the people, like Trump says. But we do have to oppose those in power, whoever they are. And in the most extreme cases, when dealing with racism, corruption or the violation of human rights, journalists must become the enemies of those who abuse their power (the Watergate scandal of the 1970s being the most emblematic example of this fact).