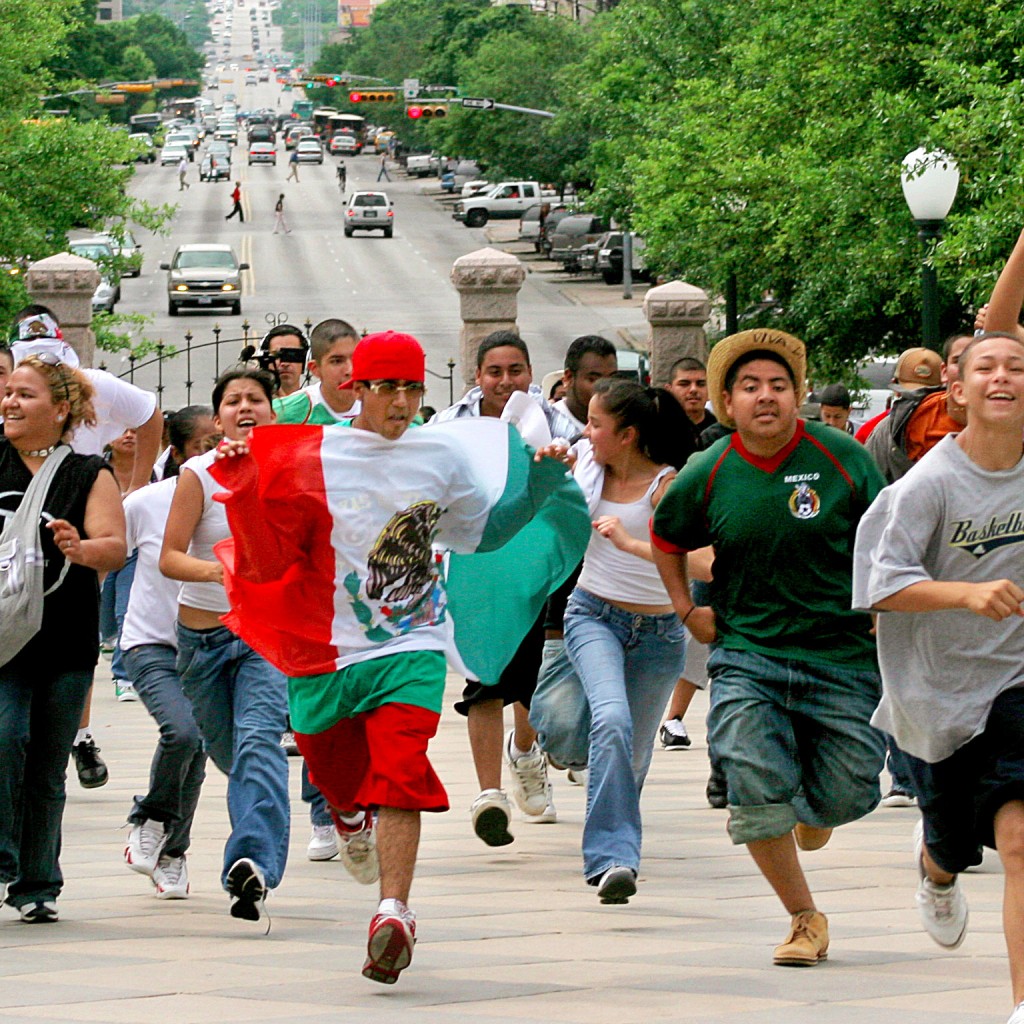 pass a bill reforming the immigration process so that our country offers a path to citizenship to most of the 11 million undocumented immigrants living within its borders.

I know, I know. We have heard this story before – our elected leaders are all like the boy who cried wolf.

But immigration reform might come sooner rather than later, mainly due to the efforts of a group that has kept the issue in the national spotlight. The “Dreamers,” brave young men and women who were brought to the United States as young children by their undocumented parents, have been steadfast in demanding that the nation’s outdated immigration policies finally be reformed. And no matter though many politicians refuse to listen to them, the Dreamers remain undeterred. I cannot help but be encouraged by their optimism.

They have kept the pro-immigrant movement alive over the past couple of years through a vibrant social media campaign and by constantly pressuring U.S. senators and representatives to improve our immigration laws – Dreamers often arrive uninvited at legislators’ offices in order to make their voices heard. The Dreamers are true heroes, but their struggle is one that should never have been needed. Immigration reform should have happened in 2009, when the time was right for such profound political change.

While campaigning for the White House, then-candidate Barack Obama made a promise during an interview with me in May 2008. “What I can guarantee,” he told me, “is that we will have in the first year an immigration bill that I strongly support.”
After Obama won the presidency and took office in 2009, both the House of Representatives and the Senate were under Democrats’ control. Yet no immigration bill emerged.

In November, I spoke with two former administration officials who discussed that failure. Rahm Emanuel, President Obama’s former chief of staff and now the mayor of Chicago, told me that during Obama’s first year in office, the president was predominantly focused on dealing with the massive recession. Emanuel mentioned that the United States was embroiled in wars in Iraq and Afghanistan that had been going on for years, but overall, Obama’s efforts to avoid sliding into another economic depression trumped almost all other concerns. “That was his first attention,” Emanuel told me. “That is what he focused on, No. 1.”

Janet Napolitano, the former head of the Department of Homeland Security under Obama, agreed. “(Obama) took over the presidency at a time when we were on a cliff to going into a great depression,” she told me in a separate interview. “The No. 1 thing he inherited was an economy much, much worse than anyone had anticipated.”

Former President Bill Clinton also explained to me last month that despite Obama’s intentions and the promises that he made along the campaign trail, the economy had taken a dreadful turn as he took over the White House in 2009, and the administration put everything else on the back burner. “He first had to avoid having the country, and, therefore, the world, slide into a great depression,” Clinton told me.

Of course, I agree that putting the economy on the right track needed to be Obama’s priority back in 2009. But the question remains: The economy was already in trouble in 2008, so why did Obama continue to promise voters something that he knew he could not deliver?

After the failure of the White House and Democratic lawmakers to craft an immigration bill in 2009 and early 2010, the issue became mired in political limbo. In November 2010 the Republican Party took control of the House with the clear intention of denying Obama and the Democrats any political victory, and immigration reform has essentially been stuck since then.

Though the Obama administration has deported almost 2 million undocumented immigrants since he took office, the Democrat-controlled Senate did pass a reform bill supported by the White House last year. So far, the House of Representatives won’t consider it.

The next few months present lawmakers’ final opportunity to act on this issue before the coming congressional elections and the 2016 presidential race overshadow everything else in Washington. Essentially, the fate of the undocumented is now in the hands of Republican House Speaker John Boehner, who in the past has been staunchly opposed to the Senate’s comprehensive legislation, but who has recently indicated, according to news reports, that he would be open to revising the nation’s immigrations laws through a more piecemeal approach. With any luck, we will see change.

American leaders’ lack of vision and political will on this issue has gotten us where we are today – in almost exactly the same place as when Obama first assumed office. He and his fellow Democrats made a huge mistake when they chose not to act; I hope it will be remedied soon.

Share
FacebookTwitter
Previous ArticleLESSONS FROM A LIBERATOR AND A ZEALOTNext ArticleBill Gates (January, 2014)