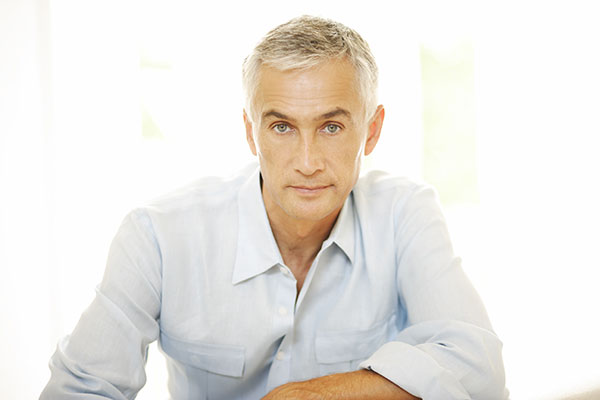 As a television news anchor, I’m doing what I love most — and after 25 years I cannot imagine a more fulfilling or more intense career choice.

It all started on Nov. 3, 1986, when I was named co-anchor of “Noticiero Univision,” the Spanish-language television network’s nightly newscast. Frankly, I was not the best choice to helm a national program. I was just 28 years old and didn’t have the requisite journalistic experience — at that point in my career I had not even interviewed a president. Actually, I didn’t even know how to use a teleprompter.

But the company, then called Spanish International Network, was undergoing an internal crisis that year, and much of the staff had gone to work for our competitors. I was the only male journalist left who could do the job. So in an act of infinite generosity and patience, Teresa Rodriguez, a colleague at Univision, led me by the hand through my first days on the job, as did the newscast’s co-anchor, Maria Elena Salinas, a journalist with whom I have had the longest and most productive professional relationship of my life.

After a quarter of a century in this privileged position, these are the five most important things I have learned.

1. In journalism — as in life in general — credibility and trust are everything. If people don’t believe what you say or what you write, your work is worthless. I have known many reporters over the years who at some point sold out — to a government, to a corporation, to an idea. Now nobody believes a word they say. In this Internet age, where we are surrounded by so much false information, true reporters — those who have earned their credibility and who are widely trusted — are more necessary than ever.

When I stopped at a Miami supermarket a while back, I overheard two people arguing about the rumored death of Fidel Castro, Cuba’s former leader. One insisted he would only believe it when he heard it from us at Univision. Credibility is indeed everything.

2. Nobel laureate Gabriel Garcia Marquez wrote in his memoirs that journalism is the best profession in the world. I agree. Nothing makes you feel more alive than witnessing history and its actors at work.

Throughout my career I have seen the worst of mankind, as I reported on five wars and experienced the acrid scent of the ruins of the World Trade Center, and the best, as I watched people rebuild from disaster.

Journalism has taken me around the globe many times. I have been able to meet the writers whose books I have read, and I have been able to speak with political leaders whom I always thought would be out of reach. Today, because of journalism, nothing in this world is foreign to me.
3. Our primary goal as journalists is to prevent those who hold power from abusing it. To do that, we have to ask the uncomfortable questions; if we don’t, no one else will.

Leaders who are difficult to interview — like Castro, Venezuela’s Hugo Chavez, Alvaro Uribe in Colombia, Carlos Salinas de Gortari in Mexico — are much more interesting than those who are obliging. But, of course, nothing can compare with going to the White House and sitting down with the most powerful man in the world.

As journalists, we have to remember that an interview is war, as the Italian journalist Oriana Fallaci used to say. Sometimes the interviewer is victorious, and sometimes the person being interviewed wins. The important thing is that the tough questions are asked.

4. I am, first and foremost, an immigrant, and it is immigrants who have taught me more than any other group of people throughout my career. From them I learned not to give up, to make the most of my experiences in the United States, and not to blame someone else when things got tough. They taught me not to believe in luck, or in fate or in horoscopes, and they taught me never to allow anyone to define who I am.

While there is nothing more difficult than leaving your country, the United States afforded me opportunities that Mexico could not. I came to the U.S. when there were only 15 million Hispanics in the country; today we number 50 million. My dream is now to see the first Hispanic president elected in this country.

5. It ‘s only television — and television is not the most important thing in life. Those of us in the world of TV news sometimes take our work much too seriously, but losing one’s life in pursuit of a scoop is certainly not worth it, nor is missing that life because of one’s job. Indeed, some of us can never recover all we’ve sacrificed in the process.

Still, looking back, I must admit that being a TV anchor for 25 years has truly been an incredible, unique trip. But I never forget that, with a single click of the remote, I can disappear.