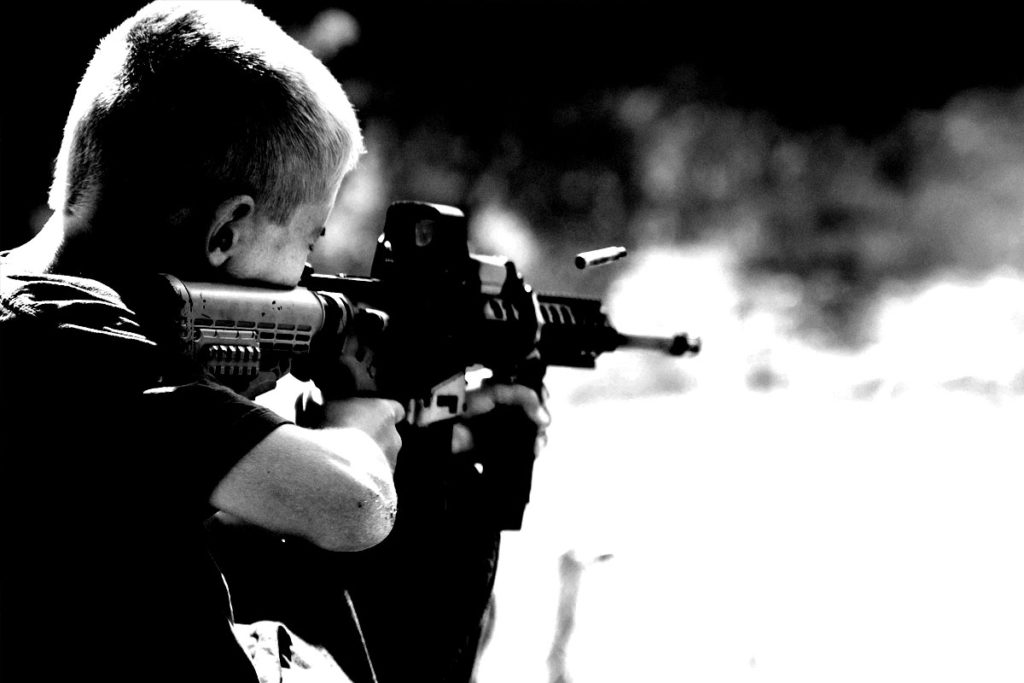 It was supposed to be a day of love. It ended as a day of death.

On Valentine’s Day, Feb. 14, I had just finished interviewing Gloria and Emilio Estefan about their more than four-decade relationship and successful career. Good vibes prevailed. I left their recording studio in Miami feeling hopeful; this is always the case after I speak with this talented pair of optimists. Then I turned on the radio, and everything changed.

There had been a shooting.

Another shooting at an American school. I listened carefully; the palms of my hands started sweating.

Please, not at my son’s school, I thought.

Please, not at the elementary school in my neighborhood.

Please, not … But it was very close. Less than an hour from where I live.

A 19-year-old, armed with a gun made for war, smoke grenades and a gas mask, had shot up his former high school. I rushed to the television station and watched the desperate images of blood-spattered students and teachers. I can still hear the cries of a girl watching as emergency responders carried away a wounded classmate while another was left lying in a red puddle, unmoving.

Like so many of us, I’m well acquainted with this ritual by now. We’ve seen it too many times. First come the rumors and the mistaken numbers (as a rule, veteran journalists are suspicious of the first reports following a tragedy). Then the official reaction, in this case, from President Donald Trump, denying the reality in a tweet: “No child, teacher or anyone else should ever feel unsafe in an American school.” Then, hours later, the blow: the names and the faces of the victims. Later, videos from students inside the school, taken on their phones. Then the lies: Politicians promising to take steps to make sure this doesn’t happen again.

Apologies for my cynicism, but this will happen again, and soon.

In April 2007, I traveled to Virginia Tech to report on the aftermath of the shooting of 32 students and teachers there. I remember entering the university’s classrooms and saw just how easy it had been for Seung-Hui Cho to kill. This cannot happen again, I thought. But I was wrong. In December 2012, Adam Lanza killed 20 children — 6- and 7-year-olds — and six teachers in Newtown, Connecticut. The national mourning that followed proved useless.

I have covered enough massacres to know that this country lacks the political will to restrict access to guns. The Washington Post estimated that in 2013 there were already more guns — 357 million — than people in the United States.

And yes, massacres happen in foreign cities — as in Paris, where 130 people were killed in coordinated attacks, most at the Bataclan club — and in more violent countries, like Mexico, where over 25,000 people were killed last year. But massacres such as the one in Florida last week are becoming an American phenomenon.

“This happens nowhere else other than in the United States of America,” said Democratic Sen. Chris Murphy in Washington shortly after the shooting, “this scourge of school shooting after school shooting.” He continued: “We are responsible for a level of mass atrocity that happens in this country with zero parallel anywhere else.”

He is right. This happens in the United States because obtaining a gun here is relatively easy. The Second Amendment guarantees the right to bear arms. But if there are regulations for those who want to drive a car, in the form of written exams and driving tests, why not impose the same sorts of standards on people who want to own a gun?

And it is fully irresponsible to allow people with a criminal record or mental health issues access to guns. Period.

There are emotionally disturbed people all around the world. The alleged gunman in Florida has been described as “troubled,” and had been expelled from the school. But in the United States, people with mental illness and even criminal records often have an easier time buying rifles and handguns than they do prescription medications.

But my words are completely wasted. Neither the president nor Congress dares do something about this problem. They would rather just not talk about it.

Share
FacebookTwitter
Previous ArticleDinosaurs, Clinging to Power in Latin AmericaNext ArticleJorge Ramos reveals why he feels like a “stranger” in his own country