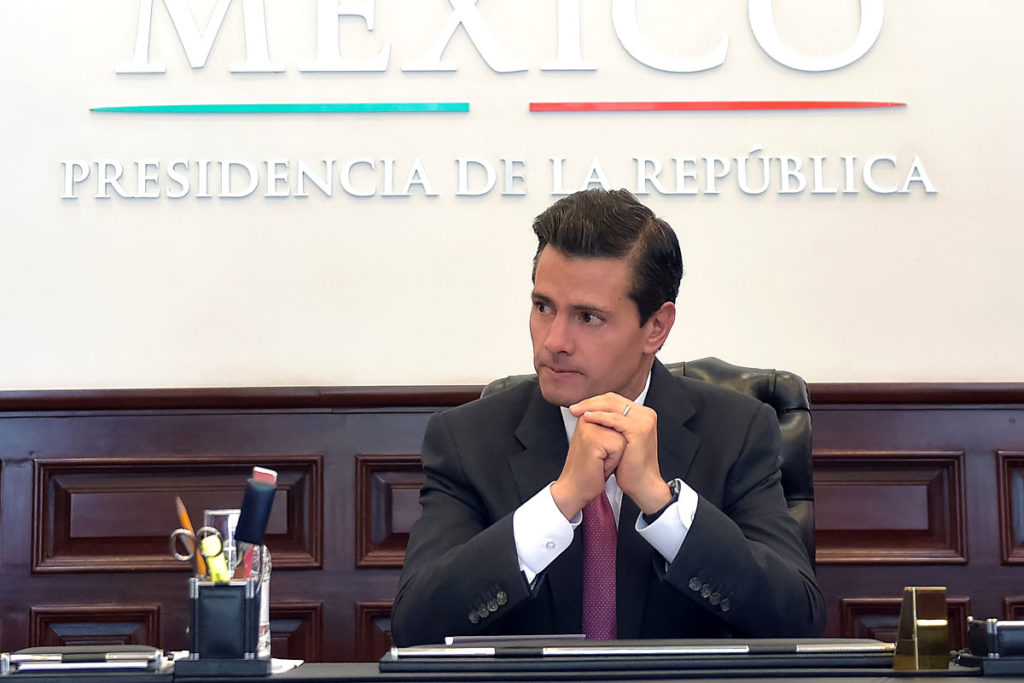 Let’s start with the dreadful part. Since Enrique Peña Nieto became president, there have been 91,284 homicides in Mexico.

This figure comes from official intentional-homicide statistics, spanning the period from Dec. 1, 2012, to Sept. 30, 2017. (You can fact-check the numbers here, lest you suspect that this is all fake news: bit.ly/1KTkyif).

The Peña Nieto administration is on track to become the deadliest in modern Mexican history, deadlier even than that of Felipe Calderón, whose war against drugs left 104,089 people dead. These numbers bring to mind war zones.

The past two years have been particularly violent: 20,547 Mexicans were killed in 2016, and there have been 18,505 homicides so far in 2017 (though this figure does not include the months of October, November nor December). Dead bodies just keep piling up. For Peña Nieto, these statistics represent a very serious failure, and indicate that he’s repeating old mistakes.

Impunity is another problem. Most of these violent crimes are not being investigated, and the criminals responsible for these deaths are not being tried or sentenced. In fact, Mexico has the fourth highest rate of impunity in the world, after the Philippines, India and Cameroon, according to an index compiled by the University of the Americas. It almost seems that if you commit a violent crime in Mexico, there are no consequences.

Based on recent polls, Peña Nieto is an extremely unpopular president, and Mexicans have a right to be enraged by how he has ruled. Yet these days, incredibly, it seems that Peña Nieto is the one who’s enraged. He complained at a recent policy forum that “sometimes we hear ill-intentioned voices in society, condemning, criticizing and bullying Mexican governmental institutions and their efforts.”

But this is not bullying, nor are these voices ill-intentioned. People are raising legitimate concerns about the level of impunity that Mexico is experiencing, and they’re critical of the rising number of deaths and the rampant corruption that has prevailed during the Peña Nieto administration.

If, for instance, people criticize the police forces, it is simply because they have done a pretty lousy job. How else can we explain the death toll? In addition, more than 24 million people were the victims of a crime in 2016, in a country of about 130 million, according to data from the National Institute of Statistics and Geography.

If people criticize the military, it is because it has not yet found a successful approach to fighting drug trafficking, and because of its involvement in the 2014 Tlatlaya massacre, where most of the 22 people who died in a shootout between authorities and suspected narco-traffickers had surrendered before they were killed, according to a report by the National Human Rights Commission.

If people criticize the judiciary, it is because it is not credible when it comes to investigating the case of the 43 missing college students from Ayotzinapa, who disappeared more than three years ago. The Peña Nieto administration has provided so many different versions of what happened that it seems to be obstructing its own investigation. If the judiciary cannot solve this, the most emblematic case in the country, there isn’t much hope left when it comes to other crimes.

And if the rising level of corruption is criticized, it is because a long list of governors (and Peña Nieto’s fellow party members) have been accused of embezzlement, and the president has failed to do anything about it.

But the worst case of a lack of transparency is the one involving the president and his family. When Mexico’s first lady bought a $7 million luxury home from a government contractor and serious questions were raised, Peña Nieto commissioned a subordinate instead of an independent agency to investigate. Of course, his subordinate found no crime to prosecute. The most ridiculous part is that the president thought Mexicans would accept this and forget about it.

I just hope that the next president investigates the man who will be Mexico’s former president a year from now.

No, Mexicans are not bullying their institutions. In fact, quite the opposite is happening. Peña Nieto, his police department, his army and his administration are the ones who are bullyingMexico.

So far, 91,284 people have been killed in the last five years. That is bullying, indeed.