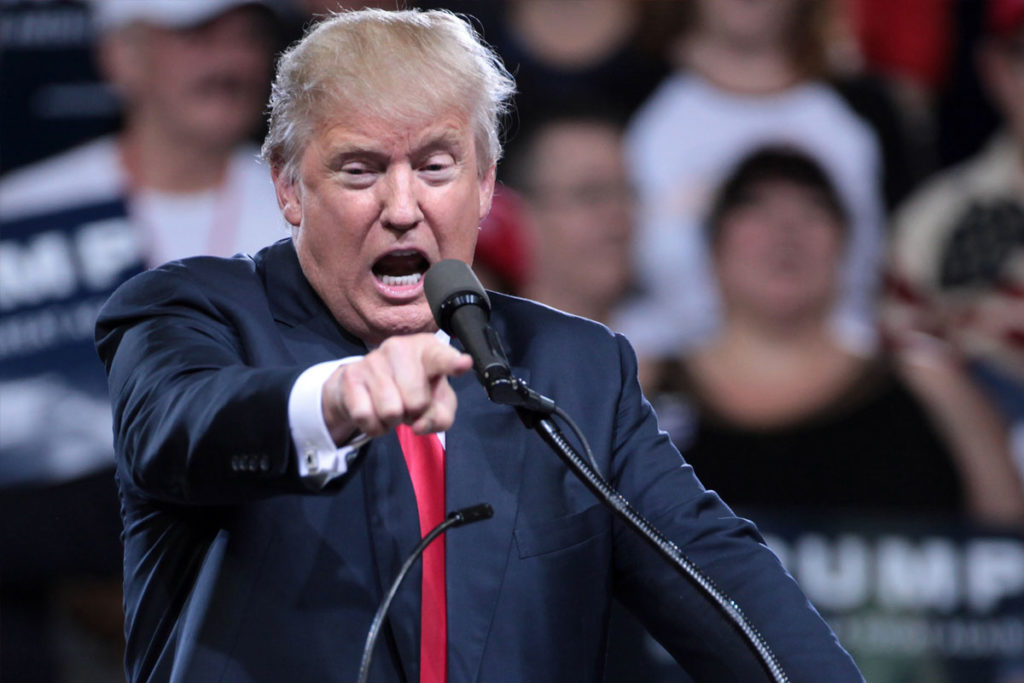 President Donald Trump’s most recent racist remarks don’t surprise me. What does surprise me, however, is the fact that it took this long for so many people to accept the fact that the president subscribes to racist ideas.

Racism — the belief that one race or ethnic group is superior to another — was evident at a recent White House meeting between Trump and lawmakers about extending protections to migrants from Haiti and some African countries. “Why are we having all these people from shithole countries come here?” Trump asked, according to reporting by The Washington Post.

That’s not all. “Why do we need more Haitians?” Trump asked, and suggested instead that having immigrants from Norway would be preferable, according to the Post. Trump’s view, clearly expressed, favors white European immigrants over people of African descent. This is precisely the definition of racism.

The day after he reportedly made those remarks, Trump took to Twitter to deny he said such things. But he has no credibility left. The Post has a running list of Trump’s lies or falsehoods; earlier this month it had climbed to 1,950 in his first 347 days in office. Now there’s one more to add.

Sen. Dick Durbin, a Democrat from Illinois who attended the meeting, confirmed what Trump had said. “I cannot believe that in the history of the White House, in that Oval Office, any person has ever spoken the words that I personally heard our president speak yesterday,” Durbin told reporters. “He said these hate-filled things, and he said them repeatedly.”

Of course, this is not the first time that Trump has spouted racist remarks. He kicked off his presidential campaign in June 2015 by likening Mexican immigrants to rapists and drug smugglers. At the time, a great number of journalists from the Spanish-speaking press in both the United States and Latin America denounced these comments, but many thought we were just being too sensitive to a candidate’s rudeness. One negative remark, the thinking went, was not enough to brand a politician as a racist.

Today we know we were right. Trump’s remarks in 2015 were as racist as those he just made in 2018. It used to be that such comments would disqualify any candidate for the presidency. Not anymore.

But with Trump, this has been going on for a long time. Let’s not forget that for years he expressed doubt that Barack Obama, the country’s first African-American president, was born in the U.S. Let’s also not forget that he also publicly questioned the work of Judge Gonzalo Curiel, on the grounds that his parents were born in Mexico, and that he proposed banning Muslims from coming to the U.S. These efforts were all laden with stereotypes and racial prejudices.

Yet, despite his racist remarks, some 63 million Americans voted for Trump. That is worrisome, since hearing the president make such remarks in the White House might open the doors for his supporters to do the same thing.

Further, his behavior sets a bad example for kids. Imagine the risk and the bullying that Haitian and African children attending American schools could be exposed to. Lately, news outlets have had to caution parents about letting their children hear what the president has just said. And social media is filled with insults and threats toward immigrants from all over the world.

Sadly, Trump has the ability to bring out the worst in us. His words have always fostered polarization. It’s unfortunate that his comments didn’t disqualify him from being president years ago.

Is Trump a racist? I cannot tell what’s inside his head, but I do know what comes out of his mouth. And that is taking us to a very dark place.