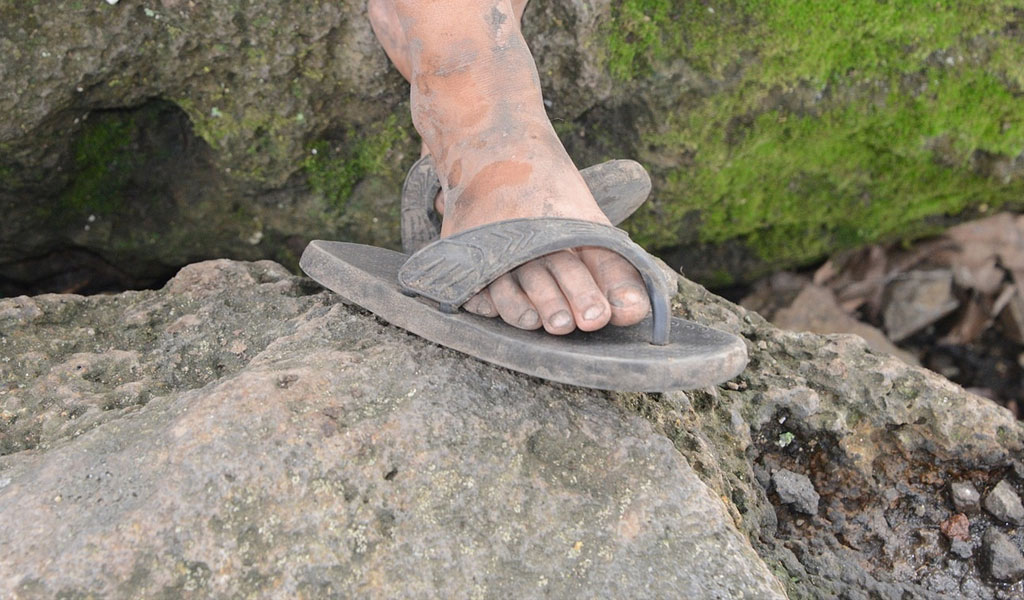 LAREDO, Texas – The Rio Grande is known as the Rio Bravo in Mexico; “bravo” is Spanish for fierce, treacherous, unpredictable.

Beneath the apparent serenity of this snaking river that marks the border between the U.S. and Mexico, strong undercurrents and whirlpools conceal debris and branches that can snare you as you try to swim across. The slime lining the bottom threatens to suck you down into the polluted water, while sharp rocks along the edge threaten to tear open your skin.

In the past nine months, the Rio Grande has claimed 33 lives. Most of them were immigrants trying to cross from Mexico.

As we search for ways to deal with the wave of unaccompanied children arriving in the United States from Central America, we have to better understand why they are risking their lives to make this treacherous crossing: They are fleeing violence, gangs and life in extreme poverty.

I recently met a boy whom I’ll call Orbin, a 15-year-old from Honduras who crossed the Rio Grande one evening. He never knew his father, and his mother left San Pedro Sula for the United States when Orbin was just 6 years old.

Orbin told me that he decided to come to the United States after members of a street gang in Honduras beat his best friend to death in front of him because the boy refused to join the gang. The gang members then threatened to kill Orbin within a month if he, too, refused to join. So, with some money an uncle had given him, Orbin decided to go to Florida and join his mother, whom he hadn’t seen in nine years (many of these children, in fact, make the journey because they haven’t seen their parents in years). He spent the next 25 days making his way through Honduras, Guatemala and Mexico. All that remained was to cross the Rio Grande to reach the U.S. and start a new life.

“Yes, I was scared,” Orbin admitted to me. But the prospect of staying in Honduras was much scarier. He swam across and, luckily, survived.

I heard a similar story from a woman I’ll call Maria. Members of a violent gang in Honduras tried to rape her 17-year-old daughter, but a neighbor intervened and helped her. Because the neighbor protected her from the gang, “he was killed,” the daughter told me, crying.

Maria, fearing further retaliation, knew what to do. “I was so scared that I decided to leave,” she told me. She and her two children (she has another daughter who is 14) made it to the border weeks later with only $300. The three of them crossed the Rio Grande in their underwear, Maria holding a plastic bag between her teeth that contained their few belongings.

With the help of the U.S. Border Patrol, I recently swam across the river to get a sense of what immigrants like Orbin and Maria experienced. Due to the strong undercurrents, I wound up almost 200 yards off course. (A video of my crossing, part of the Fusion special “Edge of a Crisis,” can be seen at fus.in/1pc29SN.) If crossing the river is that hard for an adult, it must be almost impossible for a child. Yet they keep coming.

Why are so many kids risking their lives in this way? Gang violence and extreme poverty in Central America are not new developments, nor is the U.S. law prohibiting the immediate deportation of unaccompanied children from Central America, which was passed in 2008. What’s changed is that families in Central America now assume that any chance at immigration reform in the U.S. is dead in Congress. They also interpreted President Barack Obama’s efforts to extend protections to the “dreamers” – young undocumented immigrants brought to the United States as children – as a sign that he might be willing to help them somehow. So they’re taking their chances.

The current situation on the border is truly a crisis. Central American families have been separated for years, with children being cared for by uncles and grandparents in extremely poor countries. These families made the desperate decision to come to the U.S., despite all the risks, and now the border is teeming with minors.

Of course, we wouldn’t be in this situation if Congress had passed comprehensive immigration reform legislation. This is the result of a lack of action. This is what happens when elected officials are more concerned with playing politics than with advancing the common good. This is how immigrants – both adults and children – will keep entering the country until there laws in place enabling them to immigrate legally and safely.

In the meantime, more children will wade into cruel waters of the Rio Grande, because the threat of drowning in its murky waters is nothing compared to the threats they are leaving behind.